Minor bug, apparently troop counter in collection doesnt count treasures. I have all troops except zuul 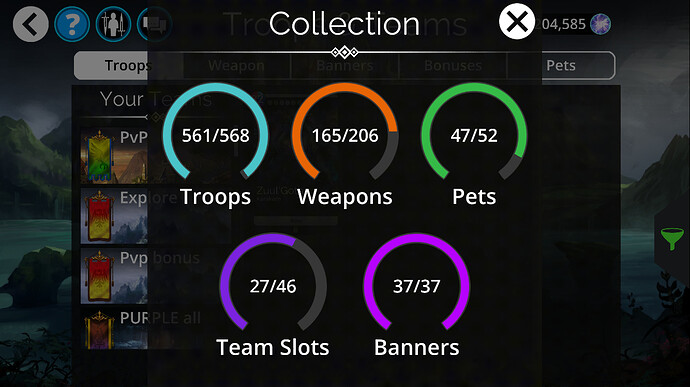 Crypt Keepers Delve Event:
somehow able to obtain a delve trait. Persists through all fights for remainder of the delve. Seems to be occurring with the regenerate and greedy trait 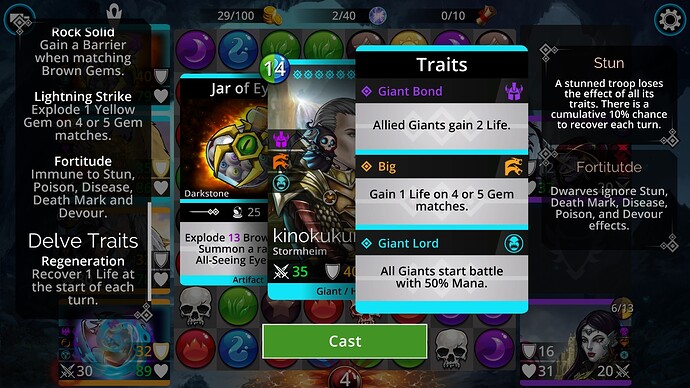 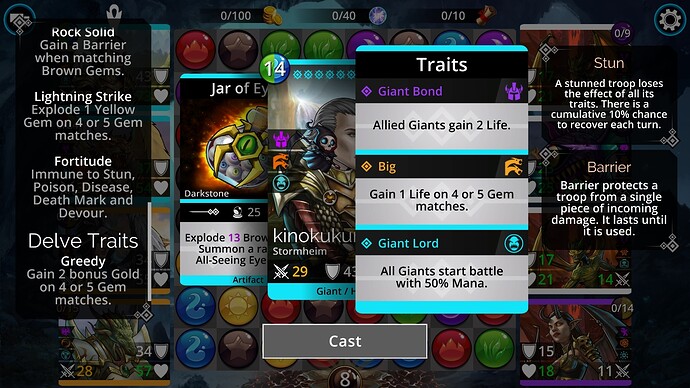 You get Delve Traits for beating certain rooms in the Delve. Most rooms give traits to future enemies in that Delve run, but a few give them to you…

Crypt Keepers Delve Event:
somehow able to obtain a delve trait. Persists through all fights for remainder of the delve…

@Janius @Ashasekayi ty for that information, looked through list in gowdb and see that there are buffs for allies as well

I sometimes don’t get notifications about pet rescues. Despite having them turned on and getting said notifications at other times. I just opened up the game to discover that I had 17 minutes left to rescue a Mini Mimic. I’ve been sitting next to my phone for far longer than 43 minutes and never saw anything pop up.

One thing i notice is that if youre currently in game and a pet triggers, the game wont send you any notifications. It might not be your case tho

The team have been trying to reproduce this and we still can’t find the cause. I forgot to add it to the list though, thanks.

@Grundulum To be clear, did you have the game open at the time, or is it open on Steam? How often does this happen?

edit: @Ashasekayi and @kinokukun added that to the Delves article.

It’s not a Steam or multi-device issue, because I only use my phone with the live servers. Can’t say how often missed reports happen with any degree of certainty. I typically poke my head into the app for a minute a couple of times an hour, and I don’t record those times, so there is no easy way for me to tell if I was using the app when the notification would have been generated.

Not necessary 4.0 related, but exceeding the end or beginning of a list (i.e. Banner view) won’t take you back to the opposite end. Works only in the regular troops menu. 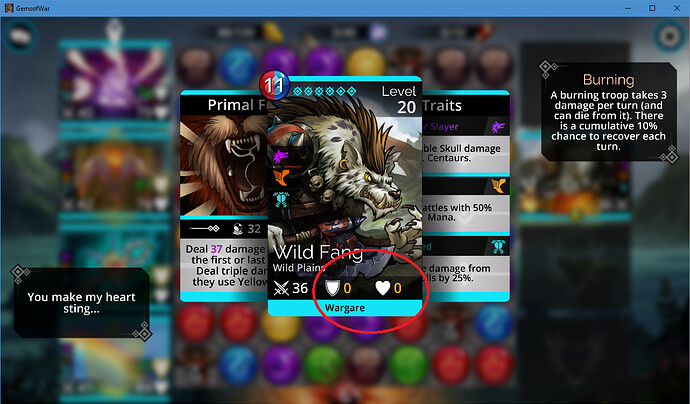 Not happy to get this in Guild Wars. Obvious solution is to match them if possible but I’d rather it worked as intended, yeah…?

Psion’s third trait triggers on matching skulls, not dealing skull damage: it is not stopped by barrier. If that’s the intended behavior, can you please change the text of the trait?

@Shimrra This looks like the Ghost Troop issue. PM’d you so as not flood thread with Qs 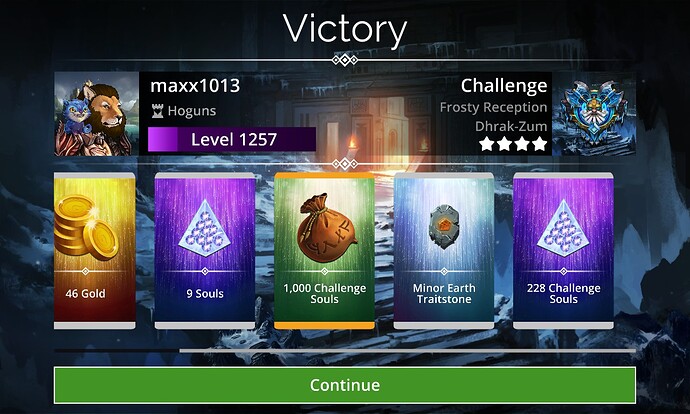 Is Minifernus missing an i?

So I think that missing i is intended. 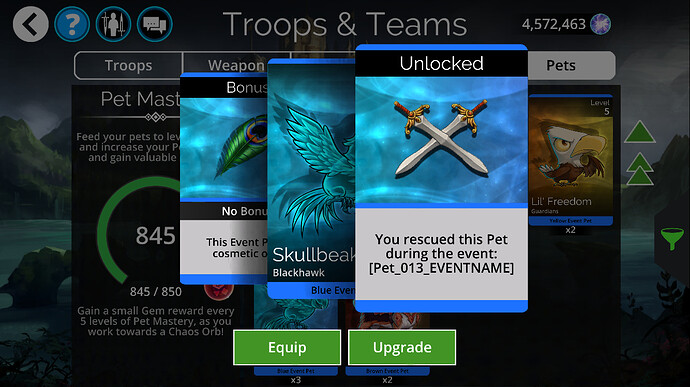 Hey there, if you are on Steam can you trying Verifying integrity of game cache? If not, please reinstall (after checking you are linked). @noob

It looks like your game didn’t download the assets correctly, so this will help it to get them, otherwise it will correct in update 4.1.