Deal damage to all enemies equal to their mana cost. Silence self. To every enemy AND ally with full mana do 1 of the following: drain 5 mana, OR Silence, OR Mana burn.

That’s funky but has too many downsides…

EDIT: not meaning to sound unfair… troops with downsides or situational needs can be very cool - but I don’t think they see much use, and need very careful balancing…

Explosive Arms
Confuse two random enemy troops, then explode 8 random gems.
If there is 13 blue gems on the board, submerge myself.

The spell I have chosen has a totally new status effect in it, that I have thought about for a while.
I edited mine a little… Confusion must happen before the explosion.

A confused troop deal split damage with his number of attack to all allies, every turn. There is a cumulative 20% to recover each turn.

EDITED: Final suggestion yet to come!

This is a very cool idea, but I think we need to be wary of ideas which add significant new coding like new status effects, as this could massively delay ever seeing the troop enter the game…

Welcome to Design-A-Troop, where the names are made up and the types don’t matter!

I don’t see how we can come up with a fitting spell without knowing a) WHAT a “shocktopus” is, and b) HOW it is a mech and a merfolk. I sure hope the designers have something better in mind than the deluge of jokes about kraken’s current popularity.

Also: this troop had better not get flavor text with a pun on “current”. Tesla’s already covered that ground.

(Blind : while this effect lasts, targeted spells will hit a random target instead)

Spell
Blue /yellow
‘skull subsurge’
Directs all skull damage to the targeted troop, plus create 5 skulls.
With a 10% chance to cleanse each turn, going up by 10% each turn.

Good luck everyone! I’m out from this part on but enjoyed creating 2 fully fleshed out Troops. 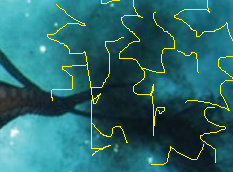 ‘Ink Shock’
transforms all blue gems into purple and mana burn one random enemy
(or it could transform them into brown instead, whats the color of ink?)

Explode 8 random Purple gems. Deal [Magic + 8] damage split amongst the second and third enemy, boosted by all Mech and Merfolk allies. Web and drain 8 Mana from all Monsters. (friendly too)

Blue/Yellow: Deal (magic+1) true damage to an enemy. If the enemy is a monster, steal their mana and death mark them.

I feel this troop could be something created by Sparkgrinder to keep the citizens of Blackhawk safe, and as such be a Kraken killer!
This spell would make the troop a good Kraken counter by stopping devour spam and by STEALING its mana it can also counter the number of double Kraken teams we’re seeing lately. The fact it deals true damage also gives it a slight viability against non-monsters too without being OP.

Blue mana for its water background, yellow mana for the metal and electricity making it a Shocktopus!

20 Yellow/Brown
Treasure Hunter
Use a map and play a Treasure Hunt instead of the player. Cast be cast only once.

Color: blue/yellow (15 mana)
Spell: 1-3 dmg to everybody (except Shocktopus), and paralize (web, entangle, silence or stun) 2-3 random troop.
Explanation: damage to everybody is based on magic, paralize does entangle/web/silence/stun but those effects dont stack on one troop with one cast.

Spell name would be: Surprise to everyone

As Jainus commented above, it seems unlikely that the developers will want to create/test an entirely new mechanic for this contest. Unless someone with gem flair says something, it may be wise to restrict your suggestions to things currently in the game.

Wouldn’t it be nice to actually have this confirmed by devs though?

Agree in principle, but given the hour in Australia I wouldn’t bank on getting an announcement in the next ten or so hours.

Can somebody confirm anything about what the troop IS?
I am gathering that it is a Mech/Merfolk, or Mech/Beast?

This would really be helpful in determining an appropriate spell.
Thanks!