It’s not playable for me. I can’t even log in.

I have several technical terms for this situation and they are all at least PG-13, some of them are R…

Problems started 1st thing this morning when I got screwed out of literally every single guild task reward lol!

Ok I lie I think I actually got all of 24 Glory Keys.

Poor support, this is going to be a poopie day for them

Just adding my name to the list of ppl experiencing server issues. Im on PC in North America, if that matters…
I hope peace does not take over Krystara while we all wait for the servers!

Yep. I’m having issues too. Can log in on PC but servers very slow and seem to get stuck after PVP battles. On my tablet, can’t even log in.

This problem was first reported 15 hours ago!!! WAKE UP AND FIX IT ALREADY!!!

First pvp match of the day. Victory then… 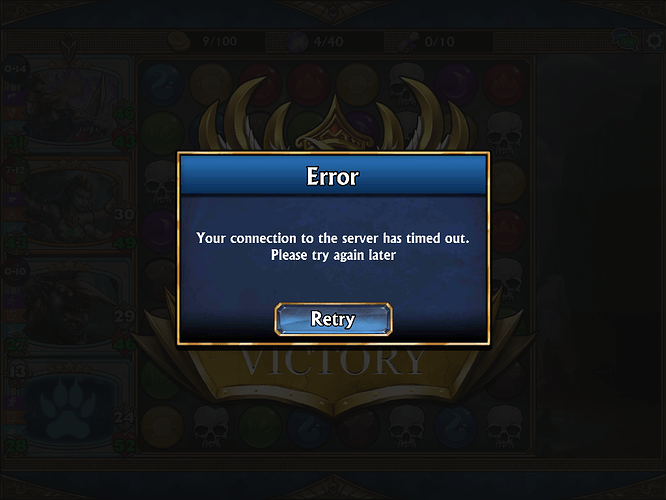 Still keep spinning the screen between the image of Victory and server time out
and can not reconnect -freezes after the victory screen. ???

I can’t even log into the game. Ah, Mondays.

Game is unplayable… guess the new servers weren’t much better than the older ones.

Ok. What happens when I get the “Your connection to the server has timed out” error in the middle of a Level Up where the RETRY button can only ask me to try again later?