I wish they would announce plans for Orbs of Power. Just say “we will never release another troop that uses them” or say “We do plan on releasing another troop”

Then if it is point 1, they need a fair way to convert orbs of power to Gems. They have with their own economy said that an orb of power is worth 2500 gems. It would be nice if we could convert 1 orb of power to 2000 gems.

Silent majority might not even know there is new troops in the dungeon. If one doesnt play dungeons anymore, nothing in the game informs them about the change

Just crafted my third egg & it was a dupe

I see these dragons pitched towards end gamers as they are gating kingdom progression.

Troops are no longer the end gamer gate for kingdom progression, it’s really books. The only realistic way past that gate is buying the various cash-only offers that contain them. 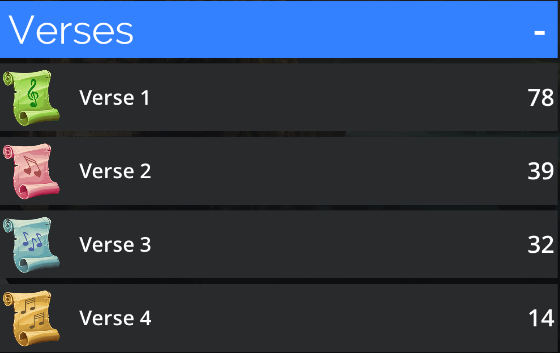 If you think all dragons have the same chance to appear from eggs, think again and prepare yourself for a 99.99$ offer for your last dragon.

My two cents on this:

I understand the frustration and agree that there should be a way to craft specific dragons. As someone who doesn’t spend a ton of time playing each week and doesn’t have a crazy amount of gems, it will be a very long time before I get my first dragon, let alone all 6.

HOWEVER, this is by no means a bug, nor should it be surprising given the other mechanics for collecting troops. The Vault has rare collectable troop drops and the pool keeps getting more diluted with Tarot cards. Older players will recall the Heart of Rage controversy, which was similar. Chaos shards, summoning stones, vault keys, all types of keys, the new dragon eggs - all of these provide randomized troops from a given set, and all of these can give duplicates.

Of course, the new dragons are more costly than these other methods, absolutely. But keep in mind that Dragonite is a brand new currency which will be tightly bottlenecked until it doesn’t cause enough FOMO to get players to dish out cash for it. As with most, if not all, rare currencies in the game this far, Dragonite will get easier to obtain with time (we already see this a little bit in the season pass).

So again, I agree there are alternatives that should be explored, but remember this is a f2p gacha-type game, and this mechanic is not even remotely new to the game, let alone the genre.

It is new to Soulforge. It was (until recently) the one place where you could craft whatever came up, if you needed/wanted it & had the resources.
Putting RNG gacha in the Soulforge is UNACCEPTABLE! We, as a gaming community need to make it crystal clear that we are not going to let this slide.
The Vault has random drops. Chests have random drops. Soulforge should not be random, ever!
If we don’t draw a line here, the next thing you know, the Soulforge will have “Random Mythic for 2000 gems” instead of a re-occuring cycle of mythics. Then they will randomize the weapons as well, because… why not?

It is new to Soulforge. It was (until recently) the one place where you could craft whatever came up, if you needed/wanted it & had the resources.

I don’t agree with the people that find RNG dragon eggs acceptable, but the colored summoning stones in the Soul Forge are also RNG gacha and came before the dragon eggs. Only difference is that most people never needed the function and the currency for it came free and weekly.

Crafting a Dragon Egg is basically a high roller gamble, and I’m not fond of the idea at all. Once they start selling Dragonite in larger amounts for actual money (Flash Offers), it’ll truly be predatory gambling.

So again, I agree there are alternatives that should be explored, but remember this is a f2p gacha-type game, and this mechanic is not even remotely new to the game, let alone the genre.

You must have started very late into this game’s lifecycle.

If you think all dragons have the same chance to appear from eggs, think again and prepare yourself for a 99.99$ offer for your last dragon.

Nice inventory, but you’re missing a key piece of info: How many GAPs have you crafted prior to this screenshot, such that you have that many remaining verses? Otherwise you’re basically cropping off the bottom of the chart which highly distorts the variation between high and low quantities.

Alternatively, go farm out 100 Verses for a month (without crafting any GAPs) and provide an updated screenshot so we can calculate whether the difference between them (i.e. new Verses obtained) is a reasonable distribution.

Ugh, it finally happened to me. I got two perfect runs in a row and excitedly popped my third egg this morning to get a duplicate yellow gem dragon. That shit is so demoralizing after having the high of a perfect run.

On the whole, I do like the new room mechanic of the dungeon. It has added something different to what had become nothing more than 3 quick and forgettable battles to do daily. The traps affecting all ally troops is a bit much at times, in my opinion. The grind/cost to collect dragonite is meh, but so was the initial grind/cost for orbs to craft Zuul back in the day. Perhaps I’m just accustomed to my endgamer status; having a ton of resources, being able to get most things quickly, etc. Perspective is everything, right?

What I really don’t like is the idea that randomness for troop crafting has been introduced to the Soulforge. Crafting in the Soulforge had always been the way to get around the randomness of chest drops. I had always felt that the ability to specifically craft what you wanted/needed with absolute certainty was kind of a “reward” for the time spent playing and collecting resources. It’s disappointing to see so many players (some in my own guild) being so let down by these duplicate Soulforge crafts. I do hope that the dev team takes player criticisms on this matter into consideration, and rework how Dragon Eggs crafts work.

You must have started very late into this game’s lifecycle.

Been almost 5 years now. Gacha mechanics such as chest draws have always been in GoW and always will be, as with many f2p. The difference between the dragon eggs and older gacha mechanics is primarily the time/cost required, which will likely be more achievable in the future.

To re-emphasize, I do not think dragon eggs should remain this costly nor be randomized. My point is that:

As with most shiny new currencies in this genre, Dragonite will very likely be more obtainable moving forward; it is intentionally bottlenecked at the moment.

You are not wrong here, it’s just that this tells a lot about how the devs think:
“Here’s a new toy to play with!”
“Wait, you can’t play with it NOW!”
“Jump through those 7 hoops, and the last one is on fire, and MAYBE you’ll get a new troop”

This is gameplay designed to enhance the player experience???
A mechanic that intentionally screws over 90% of it’s players at LEAST once… BY DESIGN… is just blatant greed, and you’ll never convince me otherwise.

My point is that:

Thing is, it could easily have been configured in a way that isn’t an exercise in frustration while still keeping the average total cost exactly the same. It’s almost like whoever signed this off intentionally picked the one approach that offered the worst gaming experience possible for players.

Dragonite hopefully won’t be more obtainable moving forward, it’s a dead resource once you’ve collected all dragons. I wouldn’t want to see it replacing something useful in reward tables, like gems or diamonds.

I just got my third Rubirath. I’m not happy, but I won’t be whining about it. It’s the luck of the draw.
My guild mate already has 4 different boss dragons.

I just dont get the angst. The dragons are mutations based on colour showing no design interest whatsoever. Okay diamantina is better but so what? Where in the game does it matter? The guild wars that devs have being trying to kill for years or the FOMOS who will bleed cash no matter what. The world is in a debacle of far more significant bleeding.

How on earth are your team names colored o.o