Is this for Switch too? I just used my heroism scroll and it crashed the game stating an error had occurred. The tried to use a Fireball scroll on an Unlock room and it caused it to crash as well.

Edit: Just had another confirmation that Fireball scroll on an Unlock room causes a crash

The temporary fix will be live on 5.0 soon (Switch). IT’s still being pushed out. Sorry about that.

This is out on Switch now too.

@Kafka hi, is this likely to solve my issue as it has been 4 days of ToD and I still can’t play at all.

I have raised a ticket about it but still waiting for a resolution. 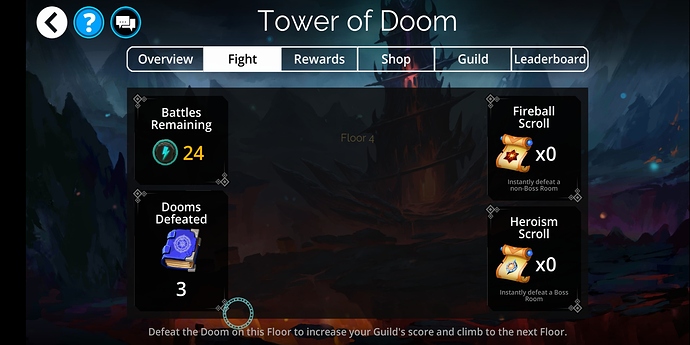 That is what I am stuck with, any help would be much appreciated, thanks

Why could this not be fixed 2 months ago? I mean wtf? I posted about this in bug reports back then along with one other person. Like I said back then, wont be fixed until it’s on the real systems. What a joke.
Cutting this addiction cold turkey. Let’s see if i fail like so many before me.

@SerfThomas I’m asking any players with that issue to try force closing and re-opening the game to see if that issue persists.

@Earnham Can you please link me to the bug report thread for this from 2 months ago so I can review it? I wasn’t able to spot it in the bug reports section when I went looking for it just now. If you can even just point me in the right direction to find it that would be very helpful, thank you.

Dont know how to do that.
Maybe this: [Tech Issue?]Game crashes when using fireball scroll

Seems to work and you were in there. This game has pushed me over the edge. I quit out of my xbox accounts. I will be out on switch once campaign comes. Finally something I hate more than my addiction.

Aha, so I can certainly understand your frustration if this is indeed the same issue (with the same cause) as the ToD issues we experienced on all platforms this week.

I can see from the thread that only 2 players reported it and I was leaning towards it being a technical issue based on the nature of the issue and the lack of bug reports on the topic.

I tried finding the tickets about it but they don’t seem to have the invite codes in them so they didn’t come up in my search. You would definitely have a response to them by now, I may have suggested some troubleshooting steps and asked some follow up questions to work out what caused this for you before taking next steps.

The reason we were able to act on this ToD so quickly was because we received MANY reports, which continued after the server issues were corrected, so from that point we knew it wasn’t the server issues causing it and clearly it wasn’t a technical issue as too many players were affected.

It is unusual for a bug of this nature to only affect 2 players, which is why my original leaning was it was a technical issue and that I needed to gather more information and try solutions which may work for individuals. It had nothing to do with which platform you were on.

If it is exactly the same issue, with exactly the same cause then I’m sorry I didn’t realise sooner that this was a bug. I would need to see the tickets from 2 months ago again to make sure it is the same bug.

So what you are saying is it requires a certain number of people with problems for you to act? I have posted multiple other bugs that have not been fixed. I give up. If nobody pays attention when they play, which seems to be 99.9999% of the player base, they will never notice the things I have repeatedly posted. Even after I post them people try and correct me because they cant see it and just assume I am wrong.

Can she possibly dodge all of this? 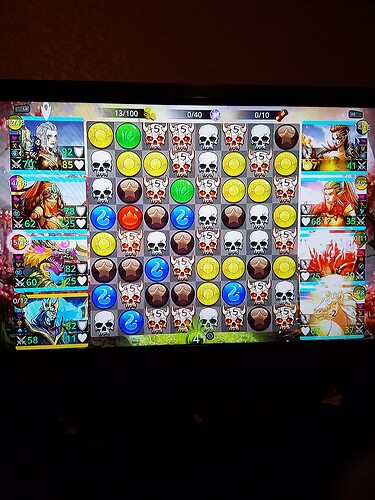 It’s all fine if everyone tells you, but if they don’t tell a Dev, we’re not psychic, and yes this sort of thing could be a simple connection issue if 1 or 2 people report it, but when 50 people report it I start looking at “well was there some major internet shenanigans or did something on the game’s backend bork” because it points at a larger issue.

That’s why we do troubleshooting and why I asked the 2 players who reported in August to write a support ticket so I could troubleshoot with them so I could 1. Try to solve the issue for them or 2. Work out what was causing the issue. I can’t call an all stop on the programmers and server admins every time any player has a long loading screen - there’s too many factors playing into it and most of the time it’s nothing to do with the game itself - I try to do a logical ruling out of things.

Your issue wasn’t ignored, it was just handled via ticket as it didn’t appear anyone else had the issue as no one else said anything - next time tell your guild mates to never assume someone knows something just because you know it so we can actually help. We don’t want a broken game but we’re literally not psychic, if we don’t experience the issue ourselves we can’t know there is an issue.

I was the other person who sent a ticket. I sent one the first time it happened, waited 2 weeks for a response and then followed up when it happened for the 2nd time in a row to no response.

I personally told my guild not to flood with tickets as I had already sent one in and there was also a report on the forum.

I even asked in the ticket the best way to handle the issue if bug popped up again in Tower of Defense - which it did.

I don’t want this to putting the support or you on blast but rather an open dialogue of what the Switch community can do to avoid these delays next time. We are a smaller base and most of my guild won’t write a ticket as English isn’t their first language so they rely on me to relay issues.

If getting multiple people to write in a report is the way to go then okay, in the future I’ll do that. I want to be cognizant of your time and your efforts so if there’s a better way I’ll do that instead.

I know you’re stretched thin and believe me I do appreciate the efforts and you taking the time to listen.

Can she possibly dodge all of this?

For sure she can. Dodge works in that way that the troop either dodges all skull matches on the board or dodges none. It’s not a separate check for each skull match.

Also she dodges 2 skull hits and every exploded skull from the skull matches? It says I have a critical hit, was it on the air?

I tried force closing the game and restarting but it has not helped.

Hopefully when GoW is sold off, they hire developers who actually play the game instead of lament their lack of psychic powers.

I am guessing as this is now the weekend that nothing is going to get done about my tower of doom.

If this is the case then can you please refund me the gems that I spent on the first four tiers of the shop.

There is a clear issue presented here; the ticketing procedure is unfit for process because unless a certain number (unspecified) of tickets is presented regarding the same issue, then the tickets are largely ignored. Most of us don’t have time to point out gaming errors via the ticketing ordeal. We may instead point out errors we find here in the forums which again go ignored despite numerous subsequent “updates”. What’s the point?

This week we have the recurrent Doom scroll issue and a bugged new faction troop on top of all the other bugs such as detect o bot, skulls, weird graphics following campaign release and a cacophony of other game faults. It’s incessant and a sorry reflection upon everybody involved at game/publisher HQ.

It is crystal clear that inadequate or zero testing is performed before new stuff goes live and players are getting more and more disgruntled at the non existent effort being made to fix stuff whilst simultaneously being driven to spend more time and more cash on a broken product. All you need is 1 or 2 in house testers to do the job. No ticket needed, just identify a problem, record it, show it to the devs next door and get it fixed. Nett result, better quality, a chance to rebuild your shattered QA, and a happier community that may even spend a few dollars more than their weekly wage bill. Right now the only way I will ever get a campaign pass is if you sent it to my mailbox for free.

This went from a “we made a temporary fix, but the real fix will need a client update in 5.2”, to [more info needed] just in time for the weekend.

My son recently learned how to code “hello world” in java. Does he qualify for your coding team? He might be over qualified. He is willing to work for Roblox points. I can send a DM with his details if you are looking to hire.

@Kafka I suspect that this bug has been reintroduced with the 5.3 client, which I am using on an Amazon Kindle Fire.

I decided to use a couple of Fireballs to finish mapping floor 25. The first worked without a problem revealing a magic scroll, the second caused the game to hang as reported above with a room containing an unlock scroll.

As Requested by a Dev: A Thread about Devs' Actions/Inactions
← previous page