During a PVP match (playing on Mobile), I encountered a strange 4-color giant spider: 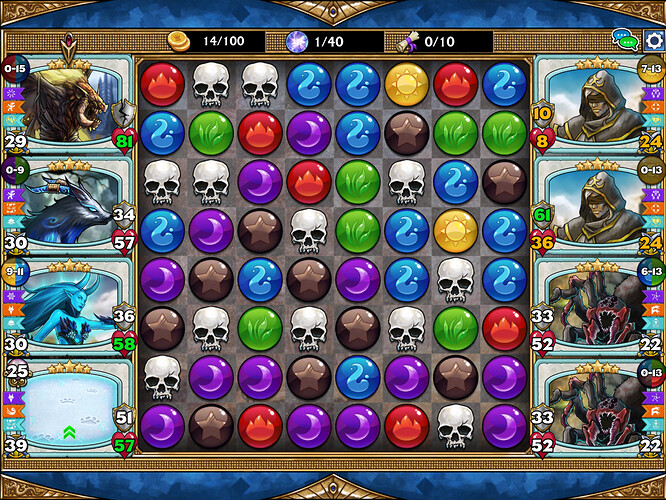 It happened when my opponent’s hero (Orbweaver wielding Mang) was killed.

Unfortunately I couldn’t continue the game after that - when I went back to GoW after having taken and uploaded the screenshot, I was back to the general map.

Next rarity above mythic confirmed? lol

Human-spider interspecies? …
Can it be … They crossed the Decay Rate Algorithm?!

Troops that uses 4 mana colors might come one day!

Surely for the Dungeon.

Combination of Orbweaver using red/brown weapon and Giant Spider’s regular colors. Probable visual glitch. Too bad you didn’t get to see if it actually gained mana from red/brown matches.

Na, they are just modified versions of already existing troops; kind of like what Evolved Gorgotha was compared to Gorgotha.

Yes and Evolved Gorgotha is a Legendary and have all 6 colors.

So this Giant Spider could be the Evolved version with 4 colors.

It would explain the 2x Humility.

On a few occasions I’ve had the bugged 4-color troops overlay appear in the top slot of the AI side. It’s clearly a visual glitch because the troop image persists even after you’ve defeated all opponents and see the Victory screen.