The final horseman has arrived! Death is here!

From the mysterious hidden kingdom, Apocalypse, the last rider has appeared. Death is most feared of all the horseman, for once he has placed his mark upon you, your soul belongs to him!

Death will be the ONLY Mythic Troop available in chests for the next 7 days, so now is a great chance to make sure he’s on your team (after 7 days, War, Famine & Plague will be rejoining him in chests). He is available in Glory Chests, Gem Chests (10x Chance), and VIP Chests (100x Chance, for VIP players only).

Please note this Troop is currently only available to Steam, iOS and Android versions of the game.

5 Likes
Best chance for mythic?
Mythic-Chasers: like myth-busters, but not
Video: New Player Basics to Spending ALL Resources
Gem Chest or VIP Chest?
CatalinM August 5, 2016, 7:02am #2

No yellow and they buffed his spell i think. I remember deathmark all, i do not remember him doing damage of any kind.
Death***
valk***
Giant spider***
Mercy***
Some else can choose the flag.
Also as good as he is, he needs a buff to either magic or his third trait. 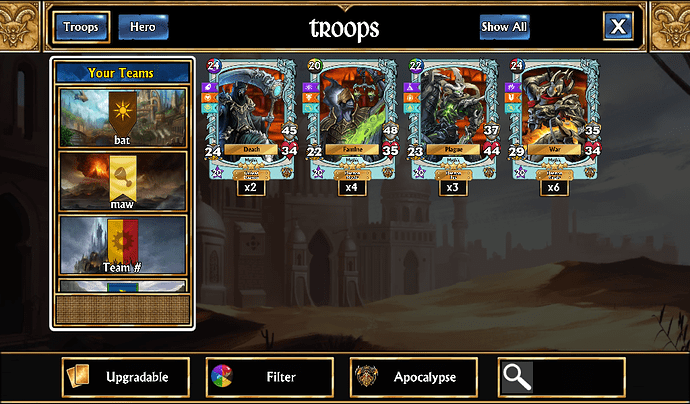 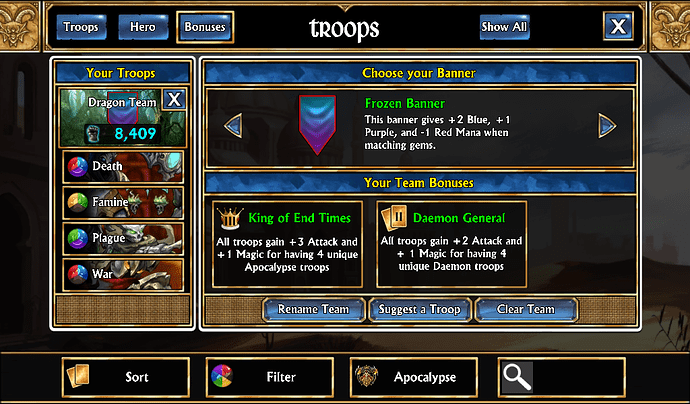 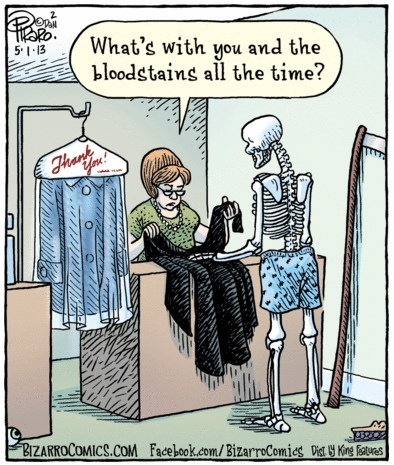 i do not remember him doing damage of any kind.

When Ive met him in explore mode he was doing damage boosted by his life.

Aaaaand, got 'im! That makes four.
Now if only I actually had the resources to do anything with them… 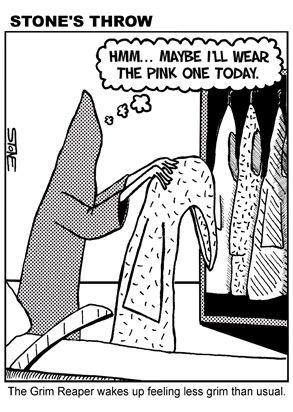 and yay… so it’s immodest to gloat, but no one accused me of modesty…

Must be my lucky day… oh, except for the app crashed earlier and all my daily rewards just vanished…

His spell has been changed since then. Because it’s become apparent that Death Mark is powerful, we’ve changed the the second part of his spell.

Not really. He has a high chance to instantly kill at least one troop.

…works out to about 31.5% chance of losing one troop before you can do anything about it, which is much worse than the odds you get with just about everything else.

So, now that they’re all released (officially), what would you guys say is your favorite of the four?

Oh, for those that care:

Honestly I’m feeling quite down about this game now that mythics are introduced.

RNG is not and never will be my friend on any game I’ve ever played. I don’t know why I always keep trying when it never pans out. You’d think my expectations would be lower… But I really crave these mythics.

I used every resource that I had (150 gem chests, 1000 glory). Its never enough. I swear you have to be in a top 10 guild to reliably get these mythics.

Not particularly overwhelming stats and the 4 apocalypse troops in a team bonus is disappointing too… not thst i expect yo ever have them all.

Just out of interest why is plague one if the 4 horsemen?

Hmm i have been using Death for a while, at level 20 and the first upgrade and i feel that only 28 (in my case) of damage divided among the 4 enemy troops is a few damage for a epic base troop… Don’t you think taht would be a good idea increase the base damage?

Just out of interest why is plague one if the 4 horsemen?

Plague is also known as Pestilence.

Pestilence could be a more difficult concept to grasp for some people while plague is straight-forward and easy to understand. Also, plague just sounds apocalyptic while the alternative just sounds like a roach spray.