The Opponent has nothing to do with Storming. 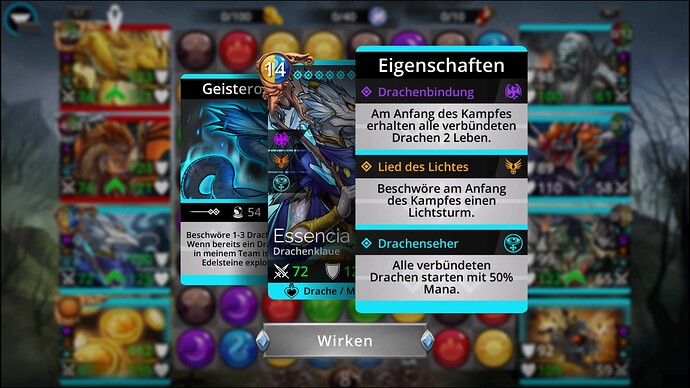 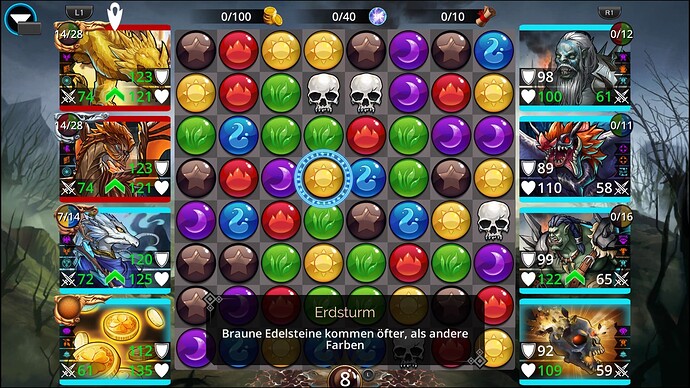 I believe this has been reported before? If you have multiple troops summoning storms at the same time (per battle, per match of 4, per turn), what is the rule the game uses to determine which one actually occurs?

Alternatively, it could be super interesting if abilities summoning (single-color) storms at the same time would actually stack – e.g. Ice (blue) storm + Dark (purple) storm = Madness (blue+purple) storm, but that would absolutely increase the complexity of making it work internally.

If you slow down the speed you’ll see that the first troop have yellow storm, which activate first, but also activating all yellow storm at once (of your third troop), then its active the second troop storm and stay.
I think its a bug, but this is the way they programmed the trait at the start of the battle, if the same trait appears multiple times, all activating at once

this is a bug

nice team needs a weapon though to use spells. Dragongaurd is a great class for this team. Also I agree with your problem I don’t remember it happening to me since I go through several battles a day on x4 speed.