Visual Bug with daily tasks (after requesting a new one)

What you were expecting to happen, and what actually happened
I requested a new daily task. When I clicked on “more information”, the new task was shown. When I went back to the world map, there was still the old task shown

Problem in the German version of the game. Not sure, if in other languages, too.

How often does this happen? When did it begin happening?
It began with 4.0 and happens when I request a new daily task.

Workaround (Found by accident)
I changed the language to English, to see if the problem exists there too (it didn’t), then I changed back to German and my task on the world map and on “more information” were the same.

Did the daily task refresh when you went to the PVP menu or mailbox then went back to the world map?

I had the same issue this morning. The task didn’t refresh when I changed menus, but the description updated after I earned a point by completing a battle under the new task condition.

I went to the PVP menu and to the mailbox. Both didn’t refresh the task on the map.

Sorry for the german language - but if I change it, the task is resetted on the map. I am talking about the second task. 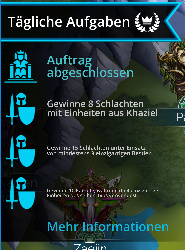 And that’s when I click on “more information” as you can see the 2nd task is different. 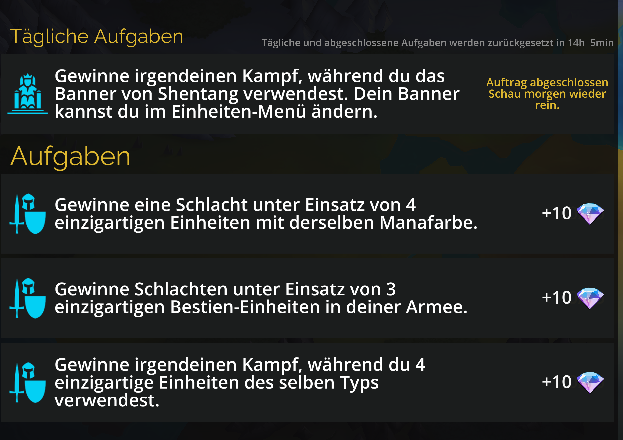 I’ve had the same thing: 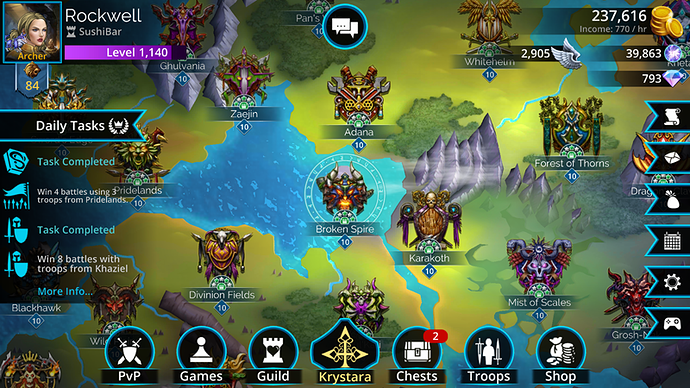 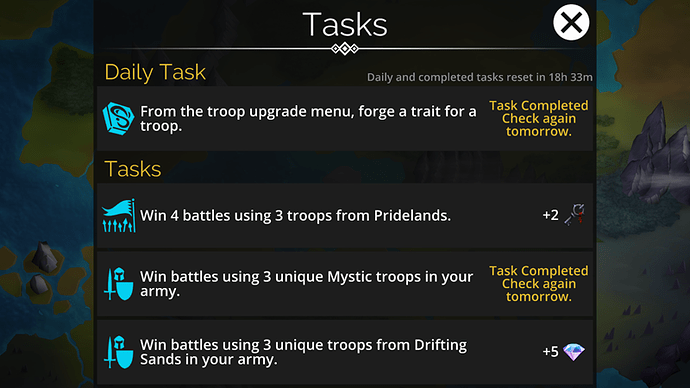 Thanks for the further info everyone, I’ll add it to the bug report.