[Reported] Troop with no spell - SWITCH 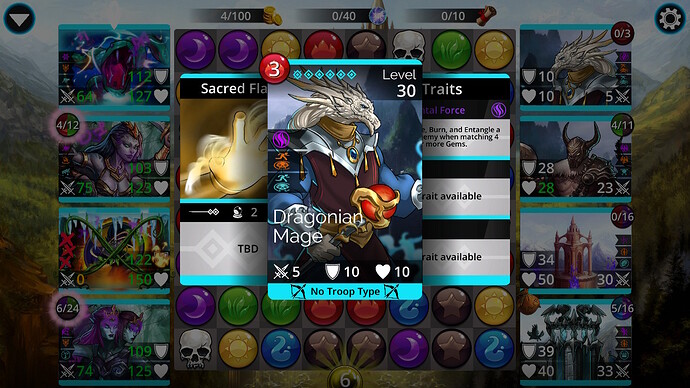 What you were expecting to happen, and what actually happened:
Expect unreleased troops not to be in battles/ expect all troops to have a spell
Instead an unreleased troop is present on the ai in the invasion with the spell description ‘TBD’

How often does this happen? When did it begin happening?
I’m posting this for the switch community, it was reported on discord but User doesn’t have forum account. I waited to see if it would get posted but didn’t. Hopefully more switch users post more details. 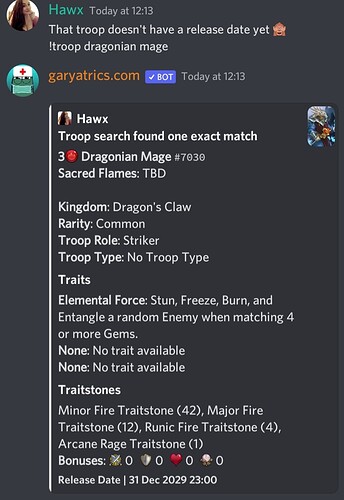 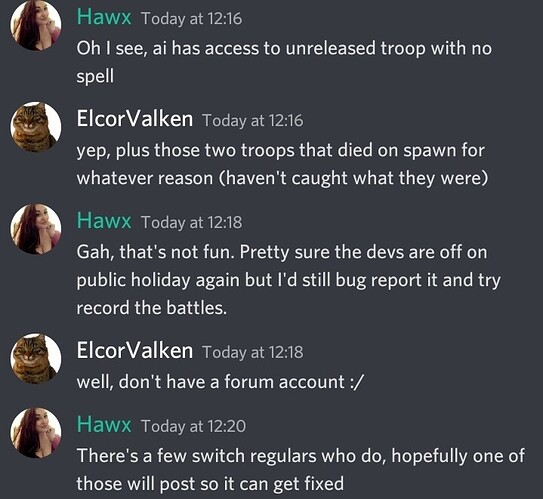 I’ve tracked it on video. They were dying coz of 0 Life at stage 1.

I’ve also noticed enemy troops dying immediately upon entry into battle (I’ve seen such things happen when running Accursed troops, but have checked it is NOT the case this time). Video capture confirms the enemy troop was Dragonian Mage, entering battle with 0 stats then dying instantly: 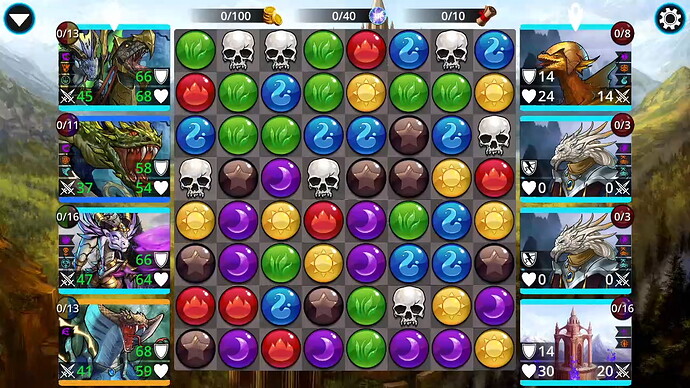 Thank you for letting us know about this. I have brought this to the Development Teams attention so they can see why this happened.

Dragonian Mage is an unreleased troop that some how snuck into the event.

Confirmation is nice, albeit this was for the weekend event which is obviously over now.

At least when Lemure snuck onto AI teams a month before its Switch release, its attributes were already implemented…

lemure is life, it just wanted to jump the gun.