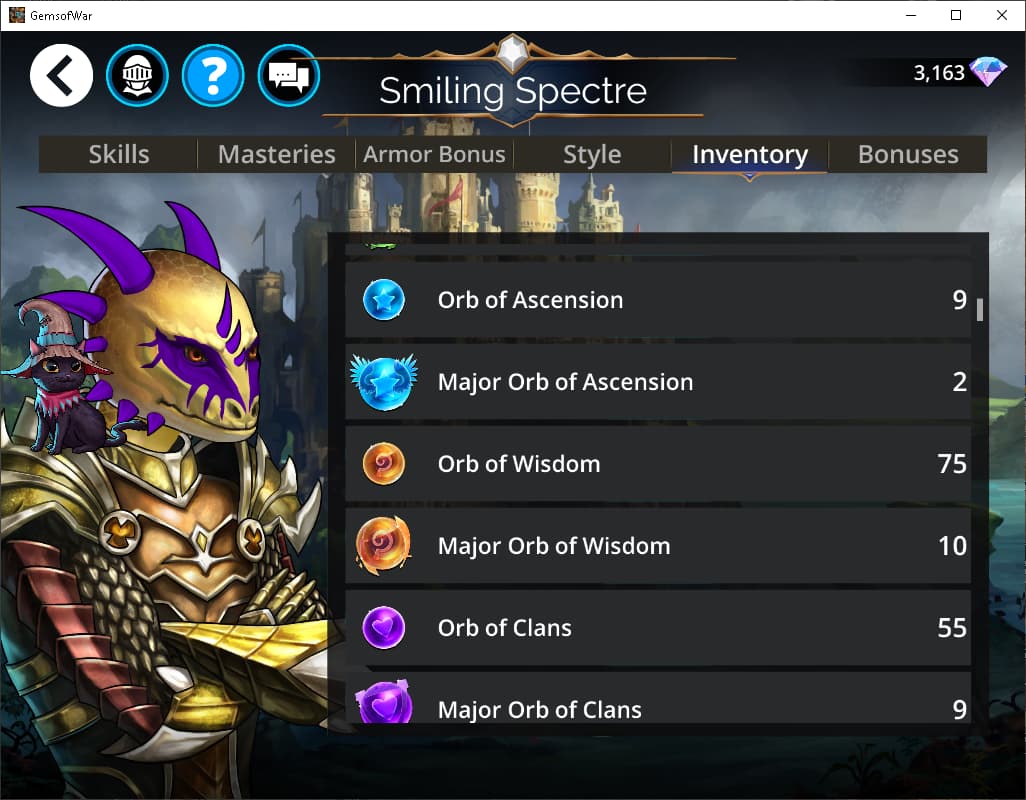 What you were expecting to happen, and what actually happened:
I am trying to get Zuul Goth. I need 8 Orbs of Power, and I got 2 or 3 without much problems… Year ago. Since that I got another one Orb of Power, regardless of having a lot of Orbs of Chaos and some Major orbs from Gnomes. Why? Because I can have anything, but not orbs of acension. I spend Orbs of Clans left and right, each month, and still have 55 of it. I spend Orbs of Wisdom quite often, and still it’s 75. I almost never spent Ascension orbs for the last year, and still - I have 9.

Is it normal that Ascension orbs times, if not order more rare than all other orbs?

How often does this happen? When did it begin happening?
Well, noticed it just now, but it’s definitely not new.

Ascension Orbs are officially the rarest drop from a Chaos Orb:

Orbs of Chaos reward you with a random Orb. Some Orbs are much rarer than others. The tables below list the current Orb of Chaos and Major Orb of Chaos drop rates. Note: If something has a 1% chanc...

(I can confirm receiving an Orb of Power from a Major Orb of Chaos on one occasion.)

True, same problem I’m having, I though it was only me.

Ascension Orbs are officially the rarest drop from a Chaos Orb:

Thank you for this confirmation. So, in theory, I must have it about 1/2 of Wisdom orbs and 3/4 of Clan orbs. In the long run. And year looks long enough for me. And 9 isn’t a half of 75 in any reasonable aspect.