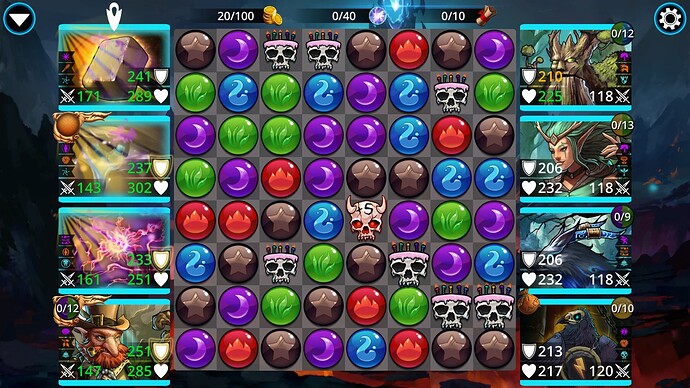 How often does this happen? When did it begin happening?
First time I’ve seen it happen.

Note that the Collect button for ToD rewards didn’t get updated to the new graphics. Perhaps your testers were under too much stress.

I think, I had this happen before as well. It still was counted as a defeated Doom for you and you got your scroll out of it, right?

P.S.: Shhh, don’t tell about the button. I do enjoy, that at least one of them still has lively colours and not that bleak condensed depression.

I’m sure I’m not alone when I say that I really don’t see a problem. You get the Scroll plus the Sigils so it’s win freakin’ win.

I’ve discussed this with the development team and they have confirmed that a Valraven can replace a Doom Troop during a Tower of Doon event. When this happens that it is counted as a defeated Doom for the player, so you’ll still get the Scroll as well as the Sigils for defeating the Battlecrasher.

Thank you for pointing out the UI issue with the Collect button in the Tower of Doom rewards screen. I have reported that issue to the development team to get fixed.

Thank you for pointing out the UI issue with the Collect button in the Tower of Doom rewards screen. I have reported that issue to the development team to get fixed.

Was that really necessary?

This is the first Tower where a Valraven has been able to replace a Doom. I would argue that it is a bug because it doesn’t match the originally-intended behaviour, and is an unplanned change from previous behaviour.

I feel like some of the people now managing the game design don’t have a long history with the game. That’s a total guess, but there are a number of signs. And it’s quite plausible if you’ve been hiring.

For example, changing the Maze Banner wasn’t necessary. When it first released, Salty categorically stated that it was NOT a mistake. Claiming it’s a bug fix now looks like gaslighting from the company as a whole, even if the individuals saying it’s a bug fix think it is one – perhaps because the company’s collective memory about the game has been lost. Or something like that, anyway.

As a general rule of thumb, you might want to talk to your beta testers before changing things like this, as the player base’s collective memory about the game’s history is likely far better than within Inf+2 – especially if staff are rotating off GoW and into PQ3.

This is the first Tower where a Valraven has been able to replace a Doom.

Not true. My guildmate mentioned it back in June. I’m pretty sure I even saw this behavior before that

saw this behavior before that

Anecdotally, since the 5.7 fix to Dooms in GaP

[FIXED IN 5.7] Dooms showing up in GAP instead of gnomes Bug Reports

PC, Steam, Win 10 1909 What you were expecting to happen, and what actually happened: I was expecting 4 gnomes in the GAP and I got 3 gnomes and a brown doom. Guild member got 3 gnomes and a green doom. Gnomes don’t spawn dooms. Rewards were only for 3 gnomes. How often does this happen? When did it begin happening? It began happening Saturday 7/17/2021 and I have seen it 3 times, other guildmates have seen it also multiple times. Steps to make it happen again Play GAP and slow down to …

This has happened to me even in boss raid battles/tower event’s.