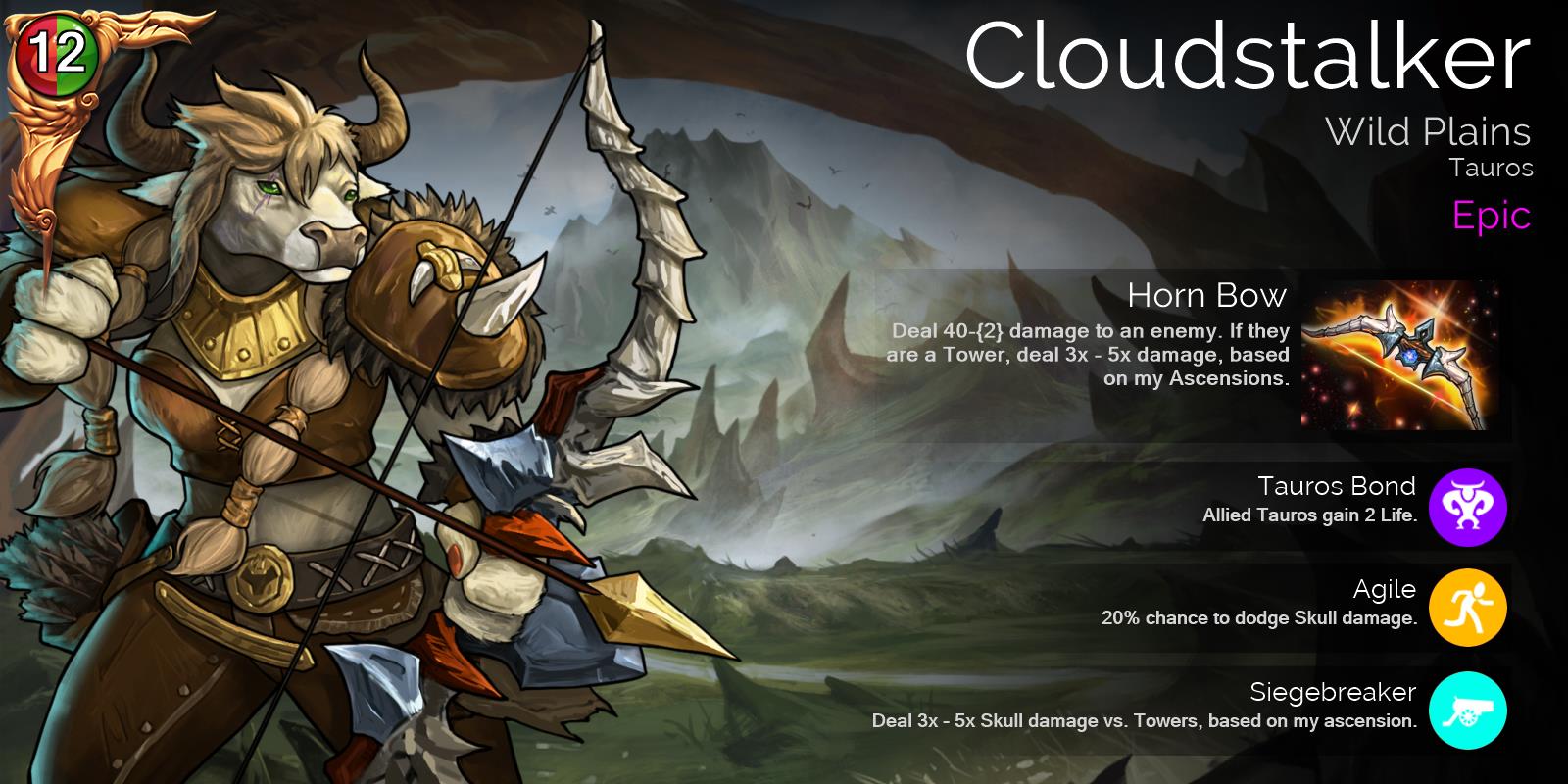 Cloudstalker will be available in the Invasion Shop, and will appear in Glory, Gem, Guild, and VIP chests in 3-4 weeks’ time. 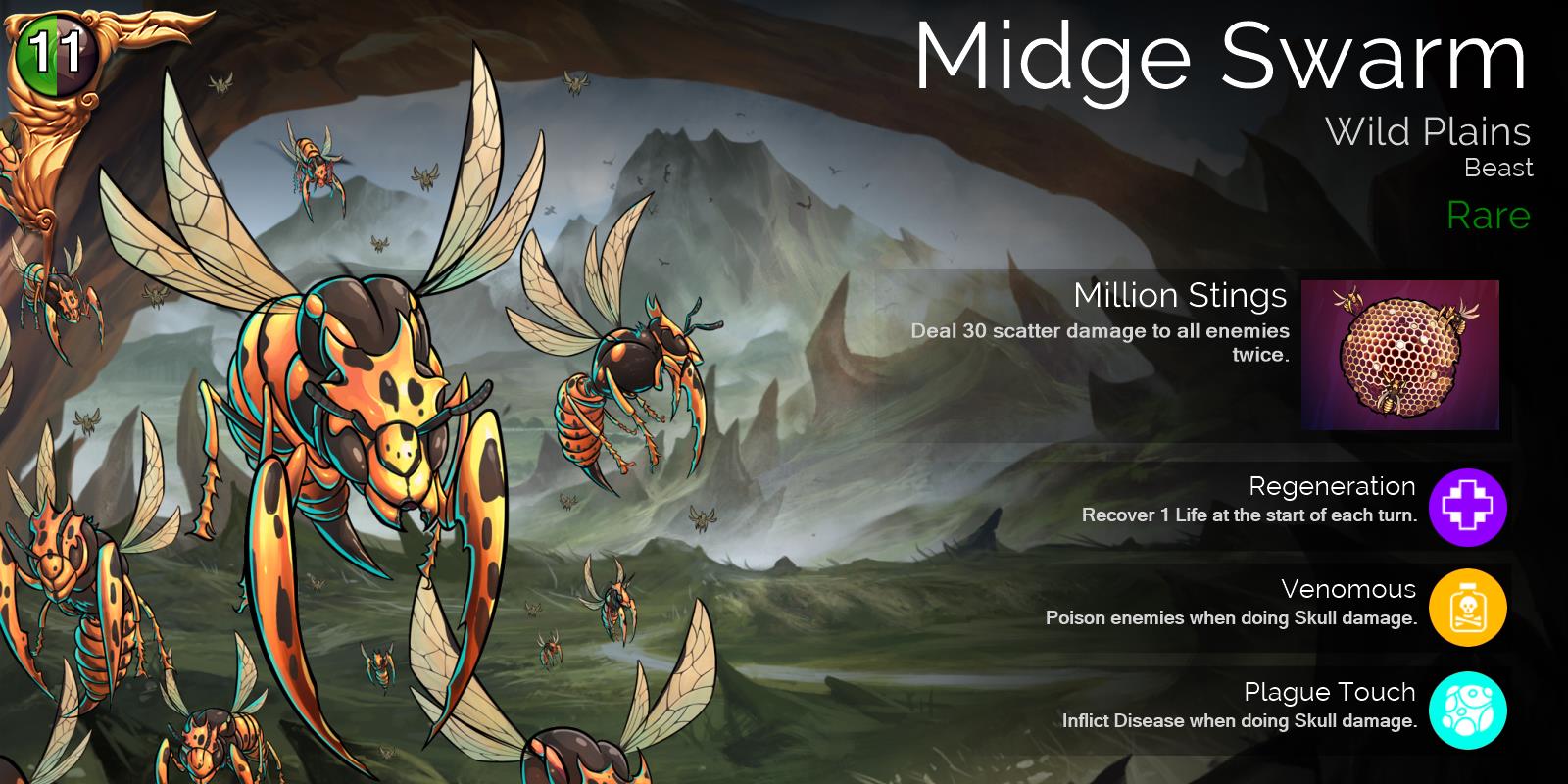 The Midge Swarm will be available for 300 Glory in the Rewards tab of the Shop, and will appear in Glory, Gem, and Guild chests in 3-4 weeks’ time. 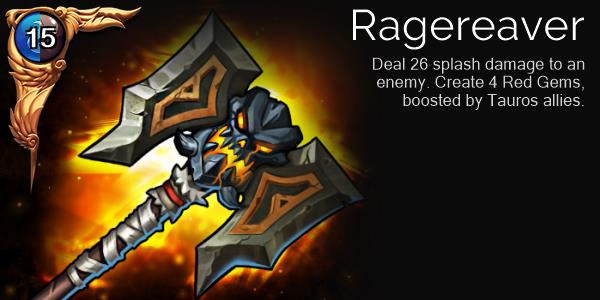 This week it will be available in both the Invasion shop, and in the Soulforge.

The weapon at least has a cool picture…
Gnoll’s buff when?

What is scatter damage?

We’ve seen “splash damage” now in Gargoyle (which deals 1 point of damage to adjacent troops) and “scatter damage” (which has been been around a long time but never had a concise name). It would be great if the devs could fix up all the troop descriptions to be consistent around terminology, but there’s already a list a mile long about other inconsistent terms that they seem content to leave as-is.

Usually Raids/Invasion Troops have a secondary effect on their cast.
How is this one going to be spun to say it’s useful outside of Invasions?
Tauros may be the worst troop type in the game. This does nothing to change that meta.

Don’t quite understand its damage value …40-{2}…, i assume it’s some Berserker stuff so that’ll be its bonus i guess.

At first i thought the weapon would be the “Divine Protector” for Tauros, but no…
Come on @Sirrian , it’s not like Tauros are a menace to the game balance. Wild Plains is the worst kingdom in Krystara already, there is no need to make it even worse.

But the damage is not boosted and there is no class to make our hero a Tauros yet. Some damage boost based on Tauros with a Cleave effect (half damage to adjacent enemies) would make a decent weapon for a team with Ketras.

Well the small amount of extra damage is not what makes DP a good weapon, this one already deals 52(split on 3 targets) in the preview which isn’t really far away from DPs 4xdivine boosted damage. If this weapons’ boost ratio turns out to actually be 4, no Tauros hero is needed for this weapon to be amazing. It really all depends on the boost ratio.

Boost ratio is x3 according to the unowned weapon inventory.

Then we need a Tauros hero

Taran’s World lists Cloudstalker as doing (half)-[Magic+16] damage. I don’t know how to interpret that in terms of 40-{2} either. I can’t find a logical equation that looks like either and totals to 40.

Lyya keeps using my trust on her to misleads me…

But the game is full on inconsistencies so i thought the weapon was alright at first, then i was wrong, wrong again because i was right, and… and… It’s getting confusing…

After checking the unowed weapons, thanks @Fiara, everything is clear, but some boost to the damage would be welcome, now let’s go talk about the need to buff all Gnolls… And hyena based pets should be added too: 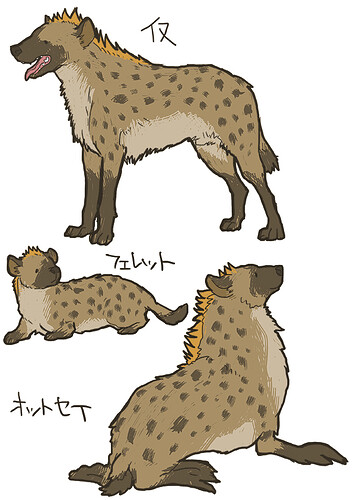 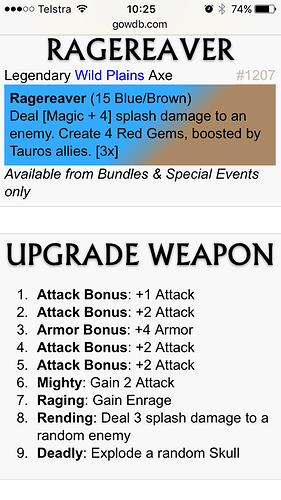 Yeah, they could have used Purple/Brown. I’m still not satisfied with the damage… Having another effect like increasing attack of all allies would be awesome for example, it fits the “rage theme”.

Okay yes I am here for a hyena pet.

I’ll put my best Pet Tracker on the case: 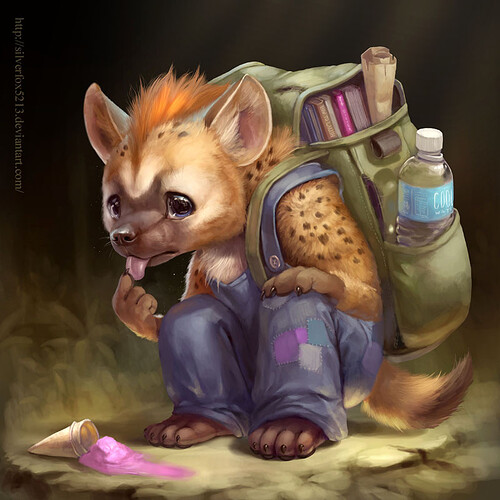 This is my least favorite Siegebreaker at the moment. Why does RNGsus have to dicide for me whatever my spell would kill the tower or not? It good that sometimes damage can be critical, but I rather keep my spell’s damage output consistant.

On the bright side, I rarely have to cast Siegebreaker much anyway with Earth’s Fury help. So that’s okay, I guess.