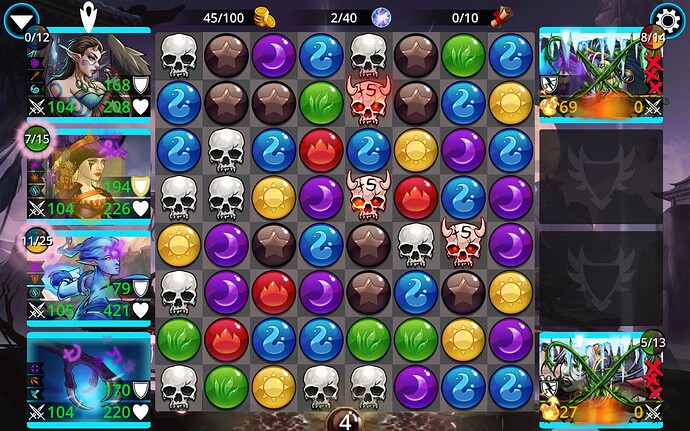 What you were expecting to happen, and what actually happened:
First troop died, and on enemy turn, Bladewing appeared on player side. I was able to charge her and cast her spells to win the battle in Stonesong Eyrie delve.

How often does this happen? When did it begin happening?
I’ve never seen it before.

I know that, like the reverse, player summons sometimes appear on the enemy side, this is a known issue. But it needs to be fixed because pure faction team fights can sometimes take hours to finish. If on-death summons can appear on either side, no wonder the battles can be protracted.

Harpy Mage’s second Trait is “25% chance to summon a Bladewing when an enemy dies”.

If an enemy troop died through Burning etc, that would trigger the effect, I think.

This happened to me today while doing a pure faction run in Primal Rift.

Of course! Silly me.

Thanks! That’s probably it.