…from a baby dragon in an arena run. But hey, first, I guess!

Could bite myself, that I did not take a screenshot.

Sadly the odds of playing with Diamantina thanks to a baby dragon are vastly higher currently than playing a crafted version of her.
And as we continue to be lab rats for the devs. It may not change for a long while.

I won! Lol, im waiting for a guild to obtain one of the dragons via LTs as always.

im waiting for a guild to obtain one of the dragons via LTs as always.

Okay boomer.
“As if” the best way to get mythic troops isn’t from campaign passes, dungeons and explore. Being in a guild to help get mythics? That’s too old school.

The devs saw they devalue every economy they have in game. And thought what if we could sabotage world event participation and devalue keys more? Answer: Dungeons rework.
For nothing can be added to GoW without it ruining something that exists already.

Not just Baby Dragon, but the weapon Dragon Fire can do it too. (Every time I’ve used that weapon I’ve had to ask “wait, will this kill the target?” because usually I don’t want to turn into a dragon after casting)

For nothing can be added to GoW without it ruining something that exists already.

Other than the new crafting resource being rare as Cursed Gnomes (and removal of the previous 3rd bosses) the new Dungeon mode is objectively an improvement over previously. The pre-existing crafting rewards (and gem offer) are still the same, and any time you get a Down stairs you can increase the reward payout slightly (but permanently). 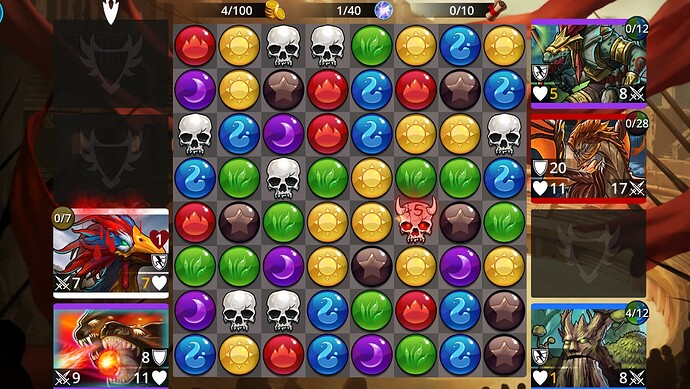