Equipped pet could do something

I know the game has a lot of issues right now and this is definitely not a big thing, but I still figured it would be adorable if the pet you place on your shoulder would do something.

I thought about something similiar to tribute, just not as often (could be maybe every six hours or so). It’s not meant to be a huge source of income, but more just a cute extra. Basically, all X hours, you can collect something your shoulder-pet collected for you.

Ideas of mine include:

I didn’t include souls, keys, gold or glory in the list because that’s already covered by tribute.
As for cosmetic pets or pets from Guardians/Apocalypse, they would basically bring completely random stuff not locked into a specific kingdom, so basically all kinds and colors of jewels and traitstones.

This little thing would not just be cute, but it would also encourage people to
a) Level their pets to increase the chance to get rarer/more items, therefore not just collecting one to unlock the bonus.
b) Check the game, which is something the devs should like.
c) Switch their shoulder-pet depending on what they need, giving the fuction some meaning.

You know you all want your Snowbunny to bring you stuff! 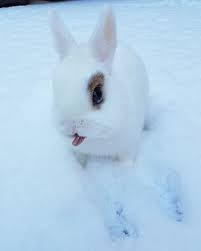 So the good news is they probably could do something like this.

As much as I’d like to see this, I’m worried on how they’d twist this request.

I don’t like this idea. I think the devs were spot on when they decided to make which pet you have equipped purely cosmetic. It’s basically the only thing in the game that is purely just for fun and not associated with min-maxing in any way. I can just wear whatever pet makes me happy that day without worries of missing out on X thing because each pet is associated with Y kingdom.

I’m with @Ashasekayi on this one. Besides, making the equipped pets do anything special would surely require the addition of a change timer & cost similar to hero classes.

, making the equipped pets do anything special would surely require the addition of a change timer & cost similar to hero classes.

And, don’t forget that if it gives something like ingots, gems or diamonds, that might lead to another “economy” adjustment elsewhere.

Away with your negativity!!!

don’t forget that if it gives something like ingots, gems or diamonds, that might lead to another “economy” adjustment elsewhere.

Fair. I don’t think a fear of change alone is reason enough to prevent something, though

unless you’re also being pessimistic!!! I won’t have it!!!

If anything, giving an extra purpose to pets would inspire them to make a tier shop… oh wait, one is already there. Well, maybe a new one, giving us true “new content” instead of the same X amount of fights that only grow in artificial difficulty.

I don’t think a fear of change alone is reason

I dislike the idea period. I explained that in my first post in the thread. It has nothing to do with fear of change.

If the devs would add anything extra to pets some acessories could be nice.

But well, these would be a little hard to implement because not every pet art is compatible with an accessory and such.
Chaging Urskine souless eyes would be great by the way

Personally I’m holding out for the devs introducing “Pet-pets”

One of the Pet-pets could even be a Babyfied version of our Hero.
Then when you equip a Pet a tiny baby version of your Hero would sit on its shoulder… infinity!

It just reminds me of Neopets to be honest.

Cosmetic “skins” for the pets would be cool.

Hmmm, it could work as “equipping” an acessory to load/show a new image of the pet instead of creating a new array of small objects to be “glued” over the current pet’s pictures.