I’m envisioning a bloated obese shark meets koi/carp/goldfish styled merfolk sitting in an inner compartment/tank (that is transparent and entirely filled with water) that is the major component of a the body/head of a walking tank/mech inspired by the late 80s to late 90s mechs.
The weapon would only be one arm and would be a steampunk cliche meets modern silliness, something like a launched anchor on a chain that reels back with an overt laser guidance. The second hand should be either a comically large pirate style brass hook, or a 1950s style robot grabber hand (think the maid from the jettisons).
Using images
Example of mech with fish tank center: 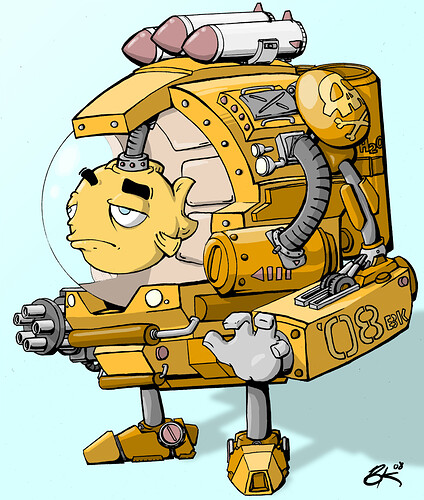 Art style:
The mech and weapons should be fantastic in scale but dark/semirealistic/forboding
The pilot the bloated lazy merman should use bright colors to pop against the darker mech but should be a pitiable/evil looking character. Said merman should convey a sense of a fat cat banker or other cliche evoked by large lazy and malicious villans, he isn’t doing the work hes simply pushing buttons/throwing levers at a whim and the world being torn asunder hardly matters to him unless it means he will have to exert more effort.

By theme I don’t know what do mean, but here is my style for Merfolk/Mech troop. 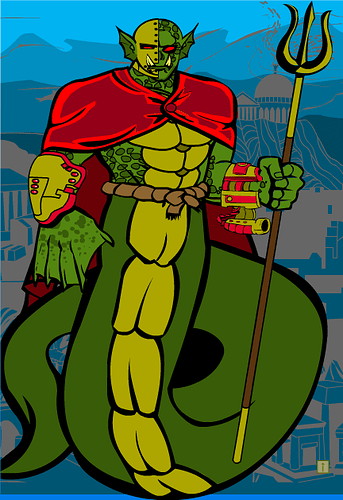 Okay. This might get complicated, but bear with me. I also have pictures to help give a basis to my idea

So, The creature would have the basic frame/build and styling of a Grindylow (picture 1) from the Harry Potter Goblet of fire movie. Also, it would hold a trident in its hand (it could be a standard one, or perhaps shoot some form of energy blasts).

The creature would also be wearing a Reverse scuba suit (similar to the one in Futurama) (Picture 2). The black suit would cover its torso. Its arms and legs would be machine and very “raw” or “exposed” looking. By that I mean the arms would be made up of a lot of wires and circuitry that’s easily seen. Basically, like the reverse scuba suits legs, but much more “fleshed out”, artistically speaking.

I hope that all makes sense and paints a decent picture, so to speak 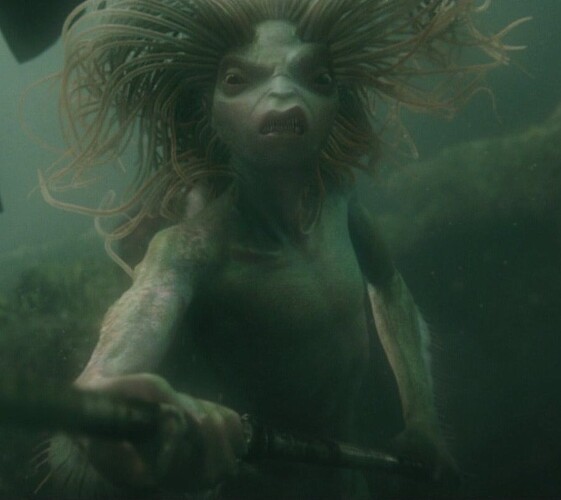 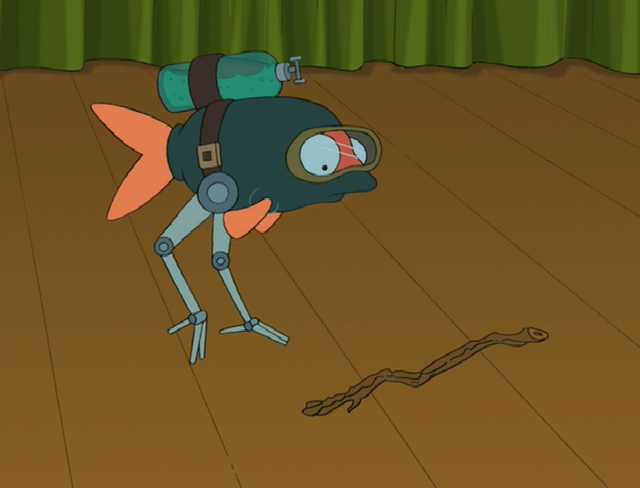 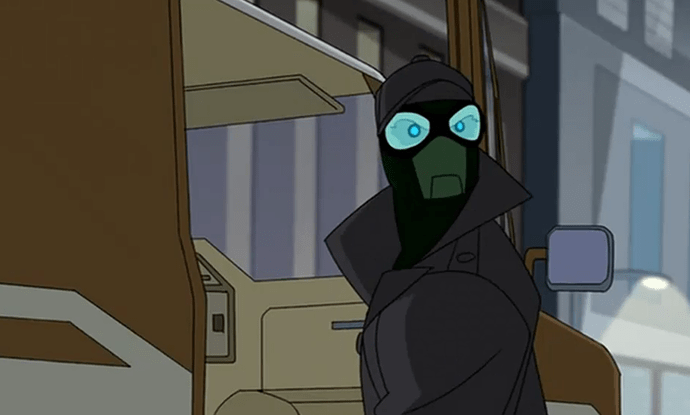 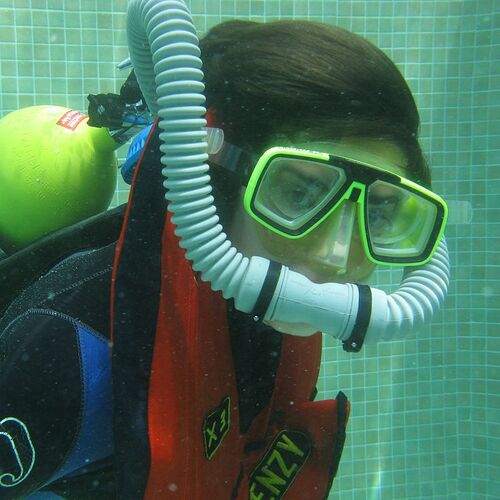 also here some pics i merged together to give the idea
(i dont need creadit, it can go to the original pic posters) 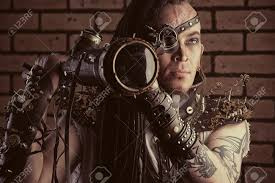 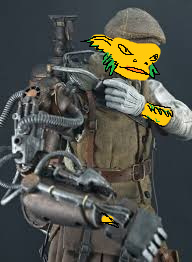 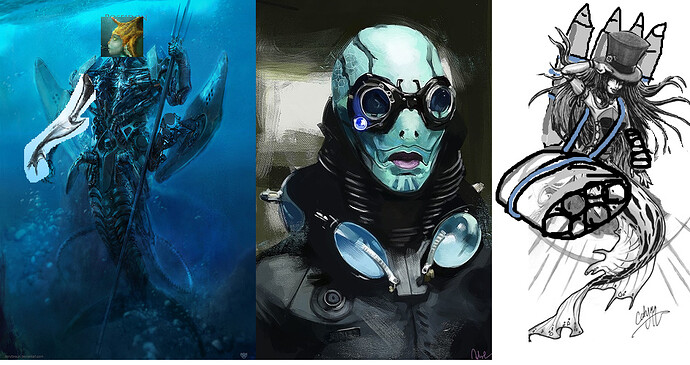 tutrle-based merfolk that has his shell completely mechanised 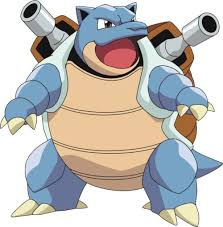 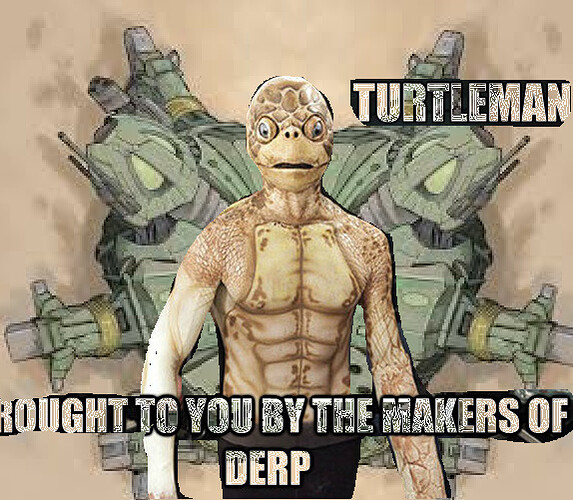 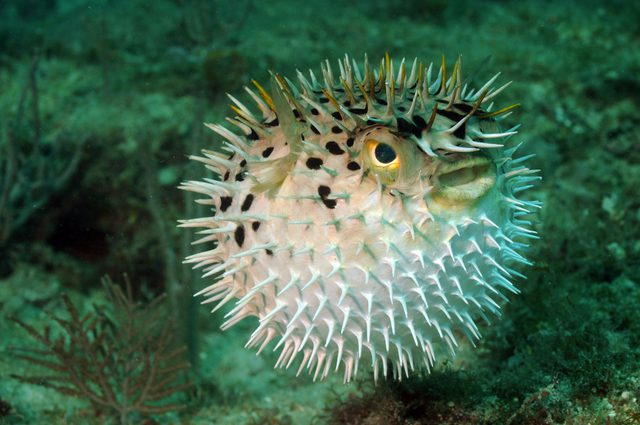 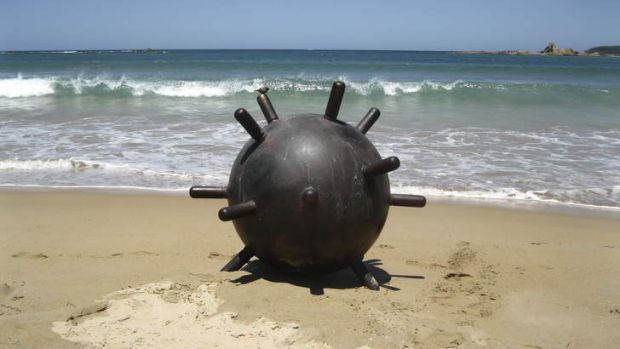 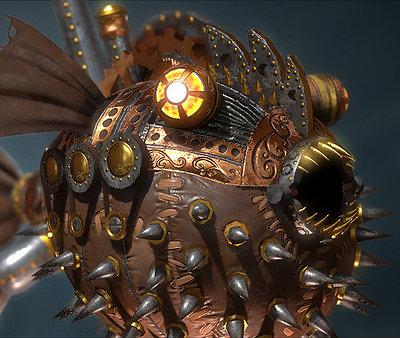 The more I think about it, the better I like the idea of a real pufferfish eating a sea mine!

Could add an eyepatch too for style points.

The story of the Antikythera Mechanism is one of my favourites of all time. For those that don’t know, a clockwork machine dating from about 150 BC and originating from Ancient Greece was discovered in a shipwreck off the Greek island Antikythera.

It was discovered at the turn of the 20th century but not worked on in earnest until the 50s, when it took almost 25 years for academics to figure out its purpose. Essentially it’s an analogue clock/calendar/zodiac calculator that demonstrates the maker’s deep understanding of mathematics, astronomy, and engineering. Made by a single person, it shows historians that Ancient Greece was more advanced than we had realised, that artisans also could be learned in science, and that Babylonian astronomers were keeping records of the stars which allowed the Antikythera Mechanism to be constructed to correctly predict the zodiac phase on any date with such accuracy.

Building on that, I want to see a clockwork mechanism from a shipwreck that was either recovered by or fused with a merfolk. The mechanism is of unknown origin and shouldn’t invoke Adana too heavily.

The mech part is based on ship navigation - think sextants, quadrants, compasses, telescopes, backstaffs, and nocturnals - and gives its merfolk wielder deadly accuracy. To my mind, this troop is a merfolk assassin; not rogue-ish in personality, but a deadly killer. True damage, single target, suberge and stealthy would all be appropriate. Clockwork should be clean (not rusted, it’s still working), but green due to iodising. 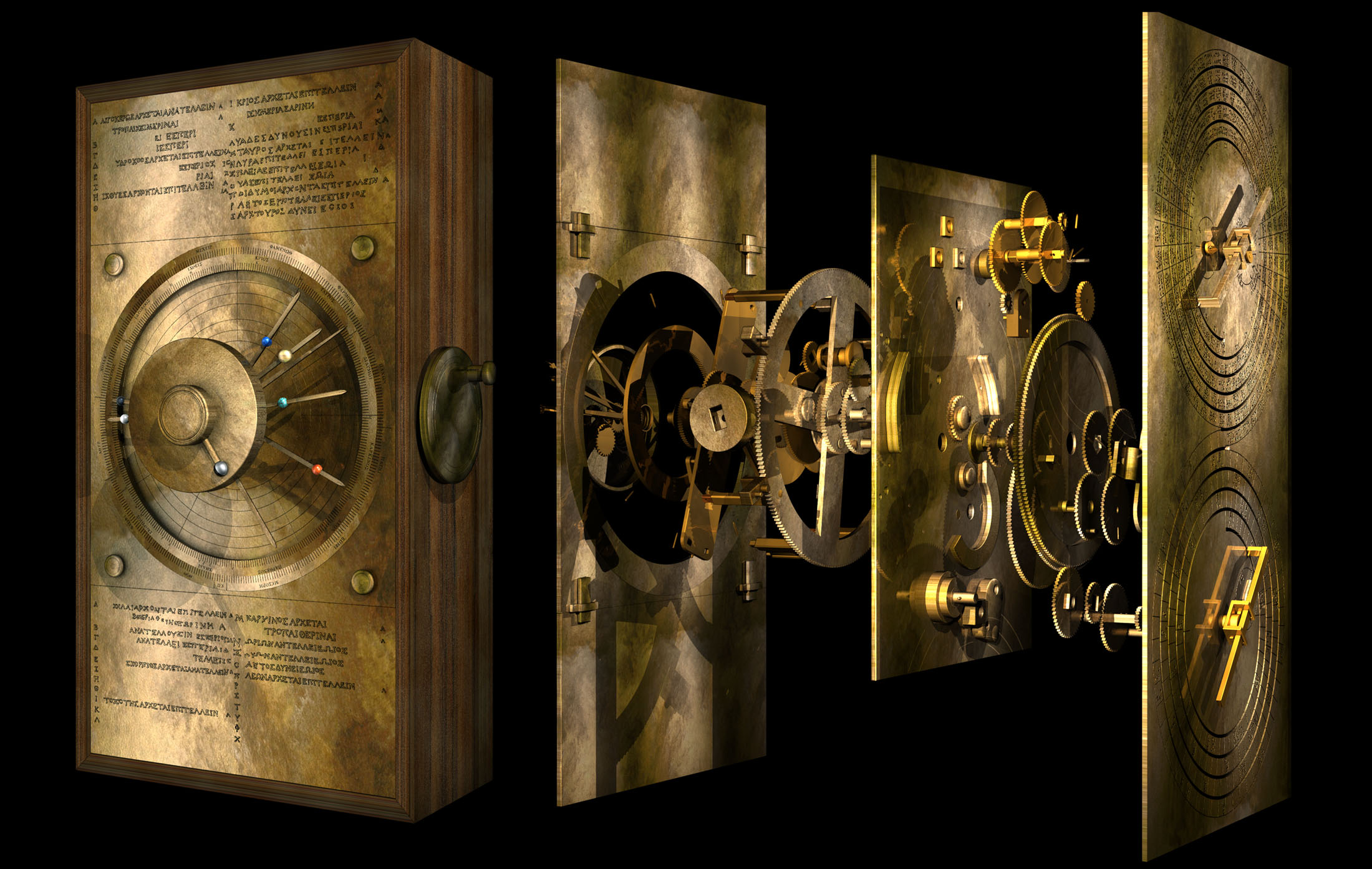 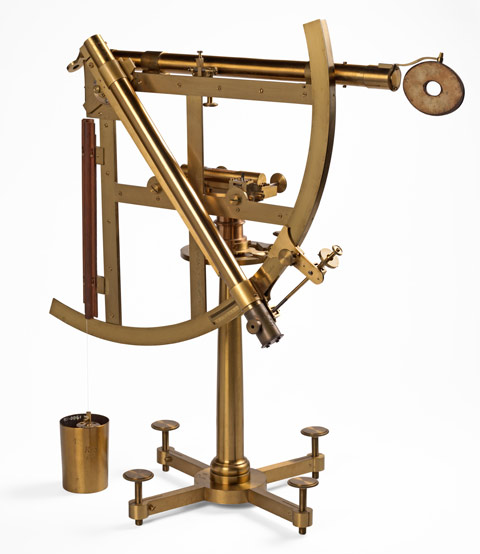 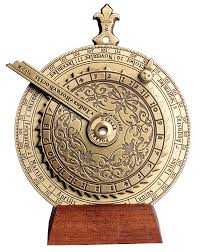 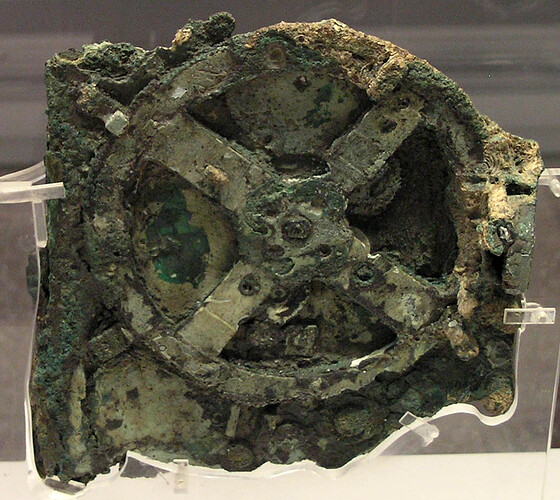 I think it’s worth remembering that Merlantis is out the end of the month. So theme/visually it needs to be distinct and different enough for it to be from Blackhawk and not from Merlantis.

I would go with a mermaid that has had cybernetic enhancements to both walk and be able to breathe air. Steampunk/horror inspired and not very attractive as a result of her modifications. She carries a large electrified spear.

“Marma was a normal mermaid until the dreaded Kraken, blown off course by a terrible storm, attacked her home in Merlantis. Her family killed before her eyes, Marma swore revenge. After striking a deal with Sparkgrinder, Marma had her body transformed into a living weapon. She now spends her days in the kingdom of Blackhawk, waiting for the Kraken to show itself so she can finally have her revenge.”

EDIT: Not my artwork but something akin to this, with legs?

One of my favorite prehistoric fish is the Dunkleosteus. While Dunkleosteus was outlasted by sharks on the evolutionary ladder, I think it’s strength and resilience would be respected and feared by Merfolk.

A fully mechanized, say 8’ tall, bipedal Dunkleosteus. Head almost straight up Dunkleosteus, perhaps even a special fossilized or mineralized skull of a Dunkleosteus with a mechanical body, inspired by DRACOS 1337. 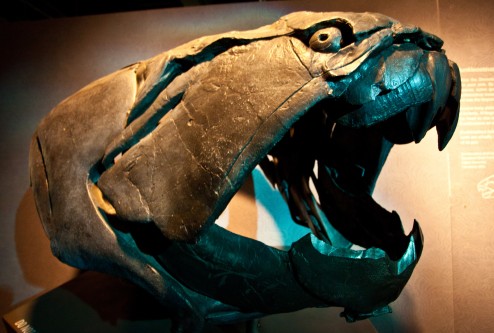 I just see him/her/it as the Minotaur version of the sea. Literally half human and half robot. Only the head is human while the rest is a synthetic body capable of swimming the deep blue sea with a triple barrel cannon arm in one hand and a special magic brew of rum in the other hand. Excuse me a moment while I daydream about this one…

Okay, make that a long while…

old, tired, whale based merfolk,
with a lot of part mechanised due to old battle injuries
he could have some mechanical additions, weird armos or even whole vehicle 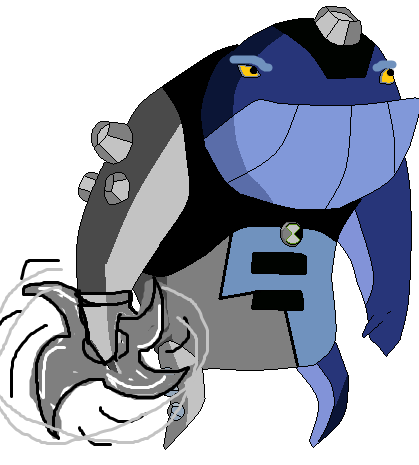 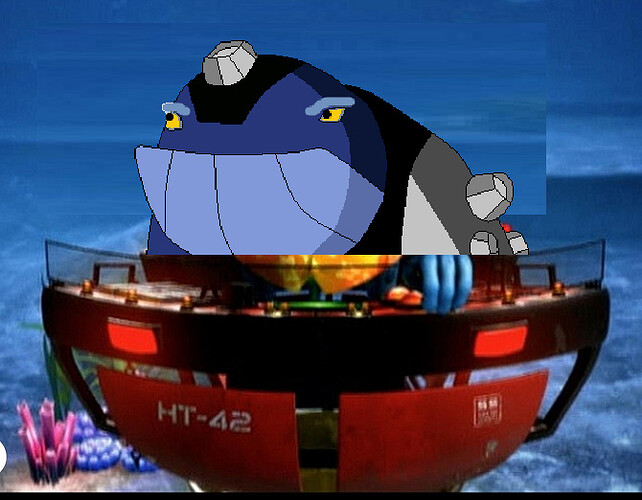 A whale merfolk with a spinner in his hand? Days best thats for sure! 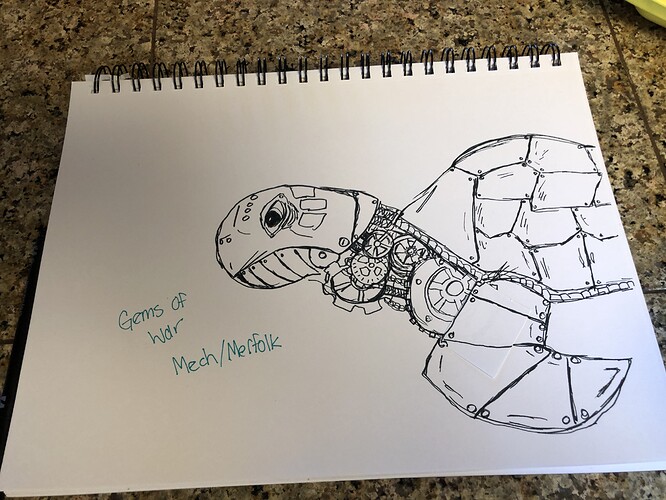 One issue with this process is that certain troops appearance hamper the design later… whales will likely have devour, a turtle likely being a tank etc.

Might be a good mana creator for black hawk. 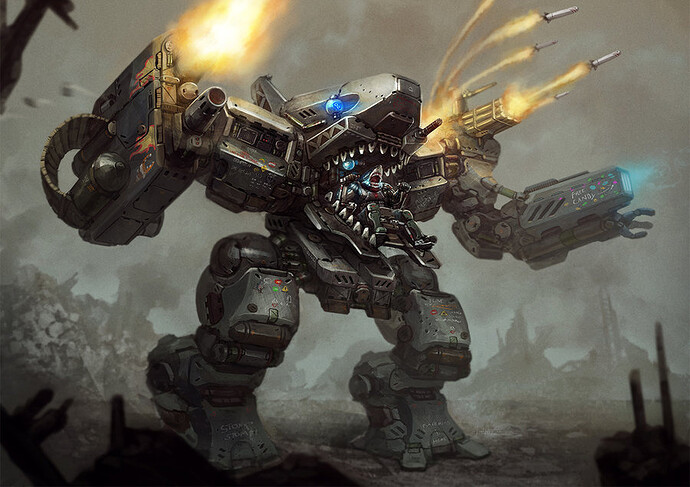 I am thinking a Electric Angler Fish. With a entrapment feeling. 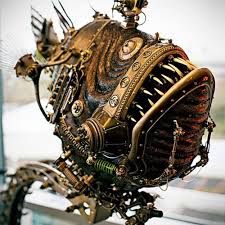 I LOVE THE BORG steampunk…WICKED!!!

A mermaid warrior with a spider-leg mechanical apparatus to walk on land.