Interesting. Considering there aren’t any skull-generating troops (and not much board modification) in this faction, I wouldn’t have expected it to be doable getting by on skull damage alone.

This is what I run whenever I get the chance for faction events (weekly or new like this one): 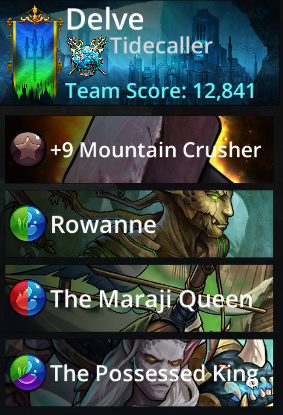 Aside from real scaling content, Rowanne hits like nothing else in the game and with Maraji this is at the low low price of one blue or green mana surge (or filled instantly with potions, or guaranteed in one match with the right banner+trait+talent combo).
Could consider Mechanist if its 70+ to not get fouled up by submerge teams.
This is good up to floor 100 or more. Any class as long as its got a 50% fast start. Past 100 I’d simply change it to Titan for a while.

Past the point this is working, I’m obviously going to switch it up to Yasmine’s Pride+Ketras or something, but this is considerably faster while it lasts.

I’ve been using Titan Mang, Apothecary, Maraji Queen and Alderfather, Trident Banner. I’ve bought 1 power potion, cleared every room thru 240, and have 7 sigils left. (just got another Raven on 240

Cedric rooms have yet to get a cast off, same for leviathan. Only lost hero one time when a baby dragon spawned into Bone dragon and stripped armor, but a Treant was spawned and chaos averted.

Thank you for posting Faction team @IdleOne. I was curious as to what works best. I’ll give it a go at 300.

By the way, apologies if this thread is for non-potion teams. Now that reset has passed I’ll give it a go on daily sigils. I tried that Primal Rift team yesterday, and was lucky to make it out of room 1 with a Treant and rest of team intact (Dryad at 12 hp). Much obliged for the tips y’all.

By the way, apologies if this thread is for non-potion teams

Its either/or. Its just that potions are typically the easier version of non-potion runs.

I used your wild knight x2 configuration, once in daily and once in event on level 300. Both times I got Troll hole as 2nd room. I beat it with only 1st knight surviving on regular. It could be possible to do better, as it was my first use of the troops.

I did survive it, and the delve, with the 1 power potion. It takes awhile to line up skulls for the kights’ cast, but it works. Thanks for sharing.

Went for 300 faction-only run in the event with potions (4x VII). I tried Demigod’s team from the other thread: Wild Knight / Wendigo / Wendigo / Red Puka and lost twice at the boss room. Once WK died, it went downhill.

. I lost Puka but she always seemed to work against me so good riddance. Beat the boss room with no further losses.

Whole thing was a dice roll just to see who got more skulls.

I just want to garantee that. Wild Knight is really that powerful. He is so strong, that it make winning at Level 200 without Potions, so effortless in my first try. 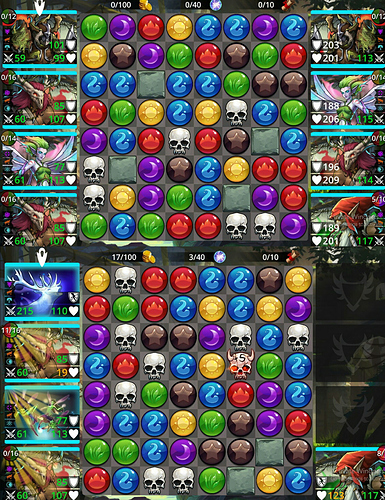 Their Red Cap is the most dangerous troop, so I bring Puka in hope of draining his mana. Turned out I didn’t even have to use her at all. 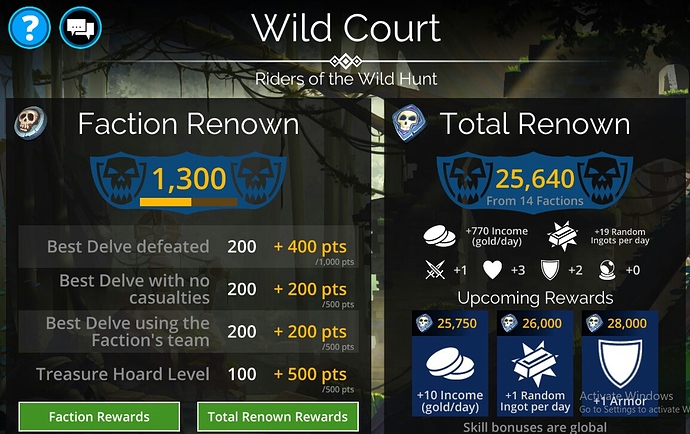 I might try more at Level 300, as it seem the odd to win would be high enough. I won’t have much Scrolls to waste on losing though. Still have lots of Renown to catch up from my 4-month break.

Today I tried a pure faction run to get the pet ascended. I did it with the daily regular sigils, no potion, on level 400, and beat it third try. My lineup was 2x Wild Knight, Puka, Wendigo, Dark Pits banner.

Their Red Cap is the most dangerous troop, so I bring Puka in hope of draining his mana. Turned out I didn’t even have to use her at all.

Puka seems to backfire more often than not for me. Mana drain Red Cap > red gems created become 4-matches for them the next turn > their Red Cap is full plus extra red mana.

Update: Wow that was close… just finished 500 faction-only with potions.

I used AWR’s team again with 2 Wild Knights, Puka and Wendigo. Lost Puka in the 1st battle due to true damage, then Wendigo in the 2nd due to Giant Toadstool transformation. The 3rd battle (Icy Coven) was rough but I pulled through with both my Wild Knights. The last battle was slow without any Hunter Marks but I won with 1 Wild Knight left.

Successful run on my first attempt. Lost a Wild Hunter the second match. Finished with a Wild Hunter and the Wendigo. All the other relevant info can be found in the SS below. 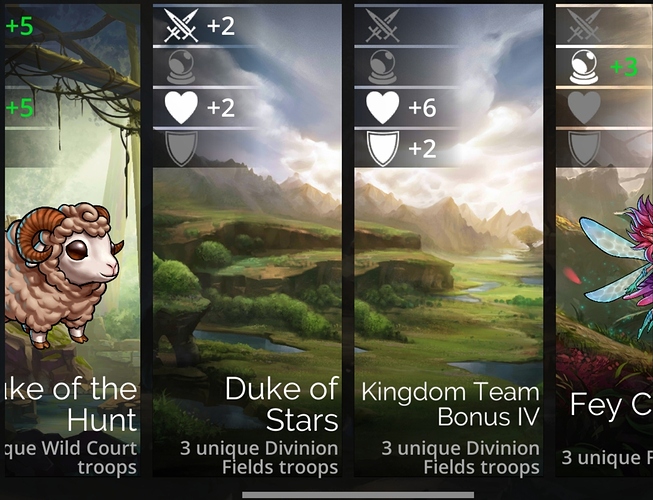 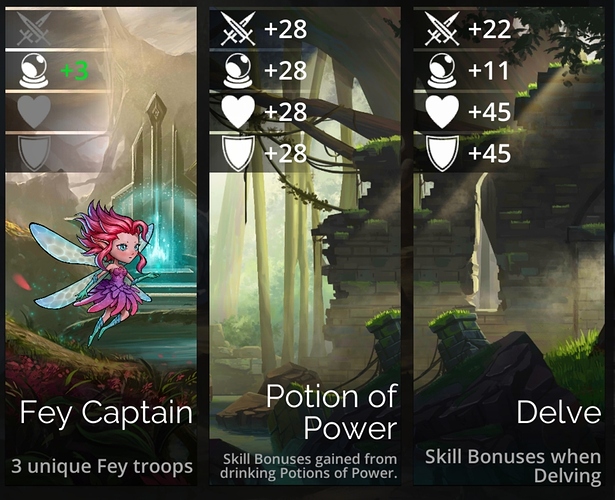 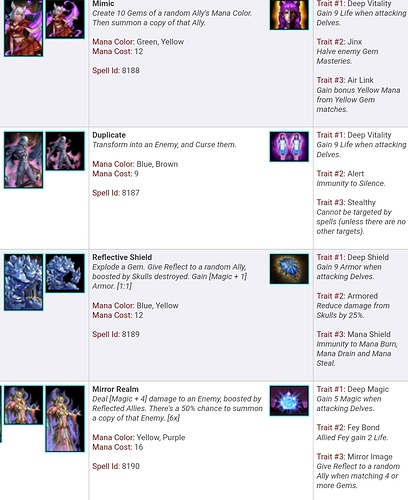 I might try more at Level 300, as it seem the odd to win would be high enough

So… It was harder than I thought. My Event’s Sigils only get me to Level 270, so I have to use 3 daily Scroll to reach Level 300 in the Underworld, with no Potions.

The second match was Spider Nest. It was a lot slower now, as you can’t put Hunter’s Mark to the enemy without getting hit by skull. Of course their Cocoon was able to summon Webspinner and killed my first Wild Knight. Still managed to win it, but with only 2 troops left now.

The third match was The Iron Gate, with Lady Ironbeard at the bottom and no way to remove her armor. It was quite hopeless, and my Puka was gone very quickly. But with some luck on skull cascade, my single Wild Knight managed to survive and win.

I should just retreat at this point, but still I entered the Boss battle just for a joke. My single troop became an easy target. Luckily, his constant Barrier kept him survive for a while and was able to rack up some attack. RNGsus was kind to me today, and keep dropping the skull for me to use. I got overly excited when they only got their Red Cap left, and I could easily counter him. And then… 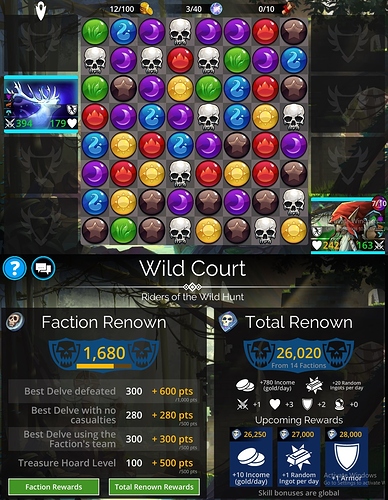 So… Somehow, Wild Knight is powerful enough to take on the Boss room alone even at Level 300. And I was able to do that on my first try as well. What a day!

So… Somehow, Wild Knight is powerful enough to take on the Boss room alone even at Level 300. And I was able to do that on my first try as well. What a day!

I was messing around with Wild Knight at 500 no potions and got their Wild Knight to 1 hit range before their WK popped my barrier and got a sky skull. I think 500 is possible with just solo Wild Knight. The other 3 are going to die.

Might be really late to the party, but man… Gobtruffle is way too strong!

My Zeajin’s star level is stuck at 14 for only have one pet, so I have to rush Amanithrax for the Faction pet to reach 16th. Quite suck that it’s dued to being Zeajin’s week, the troops’ stats are unnecessarily higher, and harder to beat then it should be.

Finally reach level 300 today, and just want to try Faction team here despite the stats problem. Gobtruffle’s endless AoE + extra turn does not disappoint. Can’t lose if they never got the turn back.

Rogue skulls can be deadly though, almost lost my first troops in the first 4 battles, but manage to enter the boss room with full team. 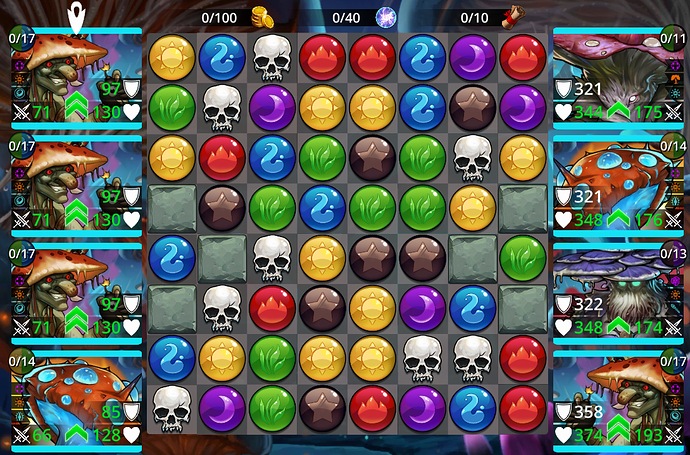 Screenshot_2019-10-28-16-19-59-11090×720 1.07 MB
Their Muchroom Man’s spell-boosted attack is lethal, so I lost my first Gobtruffle. The loop is still strong as usual, that their Fungomancer only get to cast once, while the other 2 never get the chance to. A while later, first try turned out to be successful. 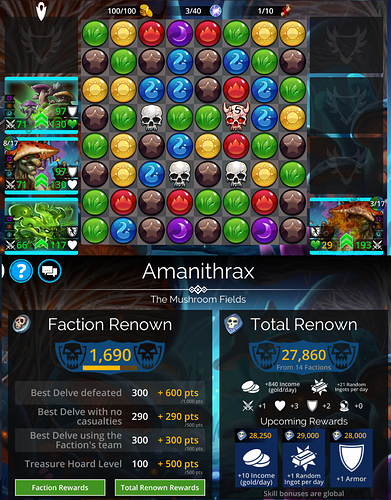 With some luck, would the possibility to win at Level 500 without Potions be as high as Primal Rift? Probably not, but it might worth the risk to try. Gotta be very careful with the skulls though, and with long, 5 consecutive matches, you will sure to need some luck on your side.

Totally doable at level 500 (I had a hoard of 111, though), didn’t even take a lot of tries - my particular team was Mushroom Man/3x Truffle.