A chance to improve dwarves with Adana

I think most end-game players will agree that Dwarves need a serious overhaul. Unfortunately, Khaziel isn’t going to be the kingdom of the week for a while. Adana is though. There already is a dwarf from Adana, so it wouldn’t be that odd seeing another one there. I think this would be a good chance for a temporary bandaid on the Dwarf issue until Khaziel does finally come up again.

I suggest a new troop, hopefully something good like a Legendary, that is both a Dwarf and a Mech inspired by Daine II Ironfoot: 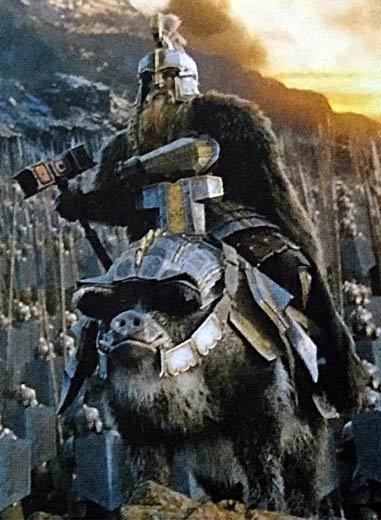 We have troops like Khor riding a monster, Boar Rider riding a beast, etc … why not a troop riding a mech?

You could have him be an AoE troop. Dwarves don’t have one. Maybe the speed of his mount let’s him attack multiple troops at once. Pirates have Ship Cannon that attacks 3 troops randomly. Maybe have him attack multiple troops randomly with the damage being based on his attack in a 1:1 ratio (that would avoid him being OP for early players/Arena or too weak for eng-game players). If that doesn’t seem good, what about a true damage dealer? Dwarves don’t have that either.

His 3rd trait could be something that effects all Dwarves in the same way Forrest Gaurdian’s 3rd trait effects all beasts. A boost to all their armor would have synergy with troops like Lady Ironbeard. “All Dwarves start with 50% mana” could have good synergy with Dwarves while at the same time preventing him being too OP with non-dwarf builds. “Explode a random gem on 4-matches” or if that’s too powerful “Destroy 3 random gems on 4-matches” could play into the Dwarf theme of mining. Kraken deals damage to all enemies on 4-matches, so destroying gems could be something that both fits that precedent while adding a new interesting mining mechanic to the game.

Ok. You have too much text here.
Just a simple “Dwarves are awesome, please buff them” will suffice.

And no, I’m not being condescending. I really think that, zomg, Dwarves are awesome, please buff them!