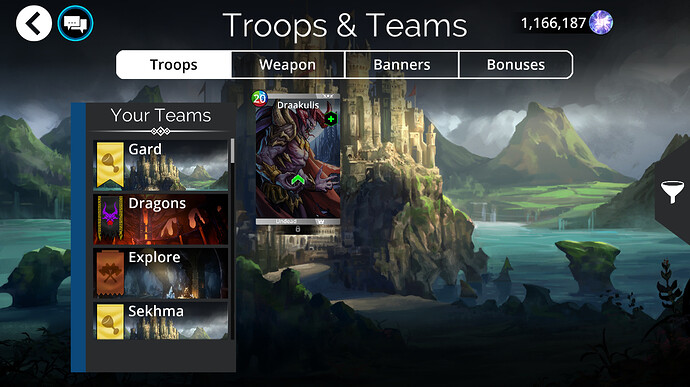 I saved up 650 event keys to get the last troop I don’t have and I bought 150 more with glory today.
Plus I’ve spent 400 last Ghulvania event a couple of months ago …

Moral of the story? Don’t expect you have enough keys? Pray? Beg for a donation?

At about 0.1% chance per event key, don’t ever expect you have enough keys.

Ghulvania’s tribute is just gold and souls - yeah 9 star bragging rights but will anyone even care next week?

I’m not here to rub it in your face…

I AM here JUST to rub it in your face

This was my first 50 event keys 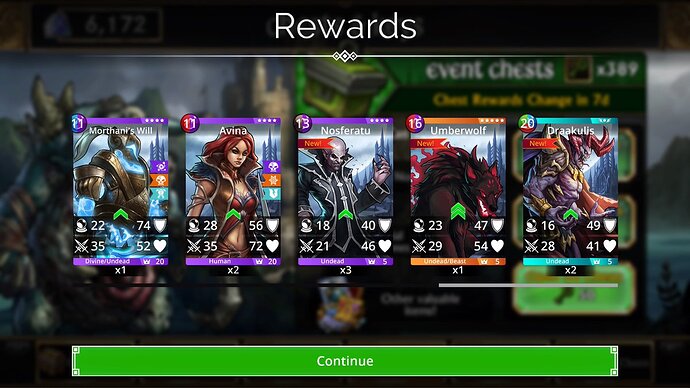 I opened 500 gold chests prior to this just to wake up the RNG Gods.

Wow, RNG was on your side.

At first I was like, “pretty lucky that he got draak and the new legendary”. Then I saw the x2.

After that I used my 389 surplus keys to ascend Umberwolf. No Draakulis there.