My list of bugs and miscellany (all for iOS):

Aesthetic (but still annoying): (as seen on iPad Air 1 and iPhone 6)

Even if it does then you should be able to email support with your email, hero level, invite code and as much information about your account as possible and they should be able to help you recover the account. 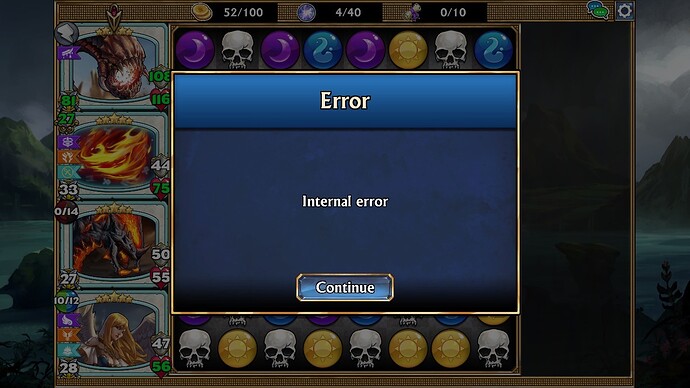 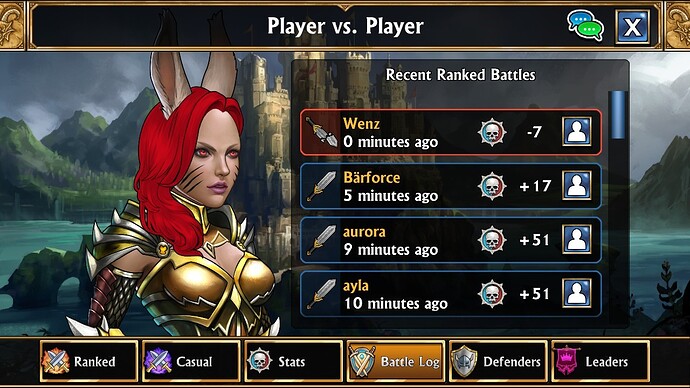 This also caused another loss 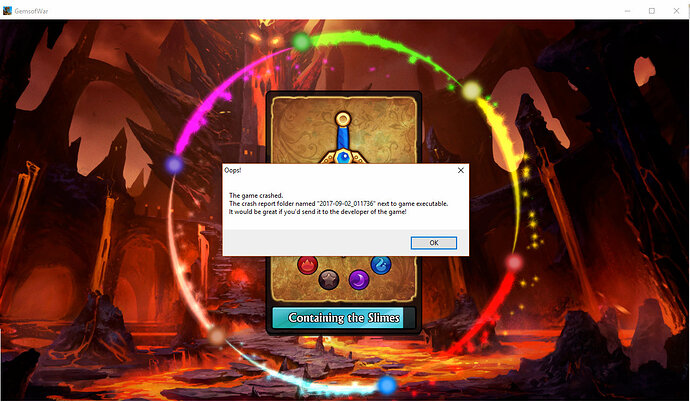 In addition to @LummoxJR’s excellent list above, I have a few other graphical problems with the world map on iOS.

I’ve had a few random crashes here and there (iPad Air 1), but today I just had one during Guild Wars. I have a loss on my record and lost points because it crashes during a battle. Not cool. I want credit for that battle.

Dwarves’ Fortitude still allows them to be devoured.

So these are not there? That’s really odd. Or do they just not work?

The arrows showed up this morning. I’m guessing I was having trouble downloading some of the necessary assets. Anyway, it works now. Yay!

It seems to start downloading after the first installation upgrade which I did count six updates screens ,it seems to want to restart that process - and either aborts after the first one because the updating was done or what not.

I have noticed that I am still missing content of my troops but I figure like in the past they come when I use them or need to show them.

Holy mother of God. When Sirrian mentioned changing how the game resolves blobs into matches, I figured it would be a small change.

I just took a 53-health Eternal Nobend Bros to 0 on a single cast of Hellcat, meaning my double Krakens fired off nine times at a minimum. The board was not completely red, and in fact I have seen boards more full result in fewer procs of Kraken’s third trait.

One thing I did notice was that the game hung for half a second before resolving all those matches. Was concerned that it had crashed before everything went crazy, Nobend style.

@Saltypatra, are you willing to email me an NDA and the rules for how the game resolves matches? I’d be curious to find out if I somehow triggered an edge case or if the hanging meant a multi-threading-related glitch occurred and my Krakens shouldn’t have tentacled quite so strongly.

I was facing a Humility-buffed Draakulis (stealing >100 health per troop on cast), I managed to web and entangle Draak. When all status effects wore off Draakulis was only stealing 34 health per troop per cast, but I didn’t catch what its magic reverted to, I was only surprised that I won

tl;dr - troop magic is maybe not reverting to pre-web levels after the effect wears off

Has anyone else encountered this with Web and magic boosts?

Yep, that’s exactly what I saw. Krakens should not hit multiple times for the same board event. Nor should any other trait triggered that way do the same. Definite bug.

Just updated the OP with reports from this thread. I’ll be going through the support category on the forums in a bit and adding any that were posted there and not here.

I am the Paragon for my guild. I now see that the Sentinels give 0.00 points to higher-ranked guild members. While technically true (in that I have no higher-ranked team members to give points to), this message didn’t display in 3.0. 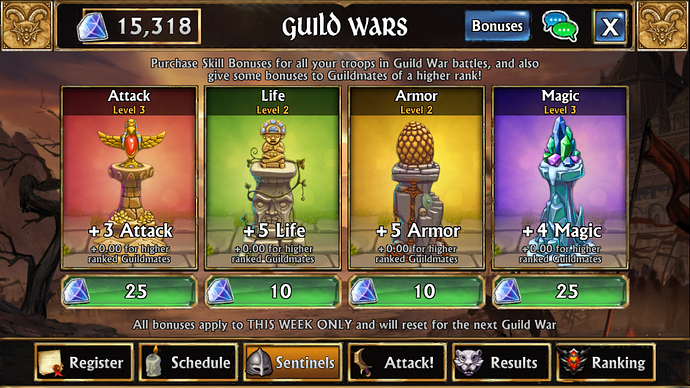 Edit: hey, I just noticed that the sentinels show the total bonus, not what their current bonus is.

I cant level up the soulforge at all… when I click the button to level it up I always get “out of sync with servers” error message… tried like ten times, always the same error.

We are working on a fix for the Soulforge issue now.

I’m having the same problem with my Listintira account. I get the same error. Since I have an active ticket I added this problem to it.

I’m away from home so the storm account is inactive so I can’t tell if that one has the same problem.

Do you have the game on computer or cell phone?

A fix for this issue has just been pushed out, so it SHOULD be fixed now…

Hey, just looking for info or if anyone else has encountered this.

My main troop team was 9,400 power before the unity update and when it went live it dropped to 8,600 power.

If i set it as my defence team then the power is what it should be but it drops when i use it as an attack team.

Took this screenshot today as i was going to battle my own def team.

Any Devs help me out?

I submitted a ticket 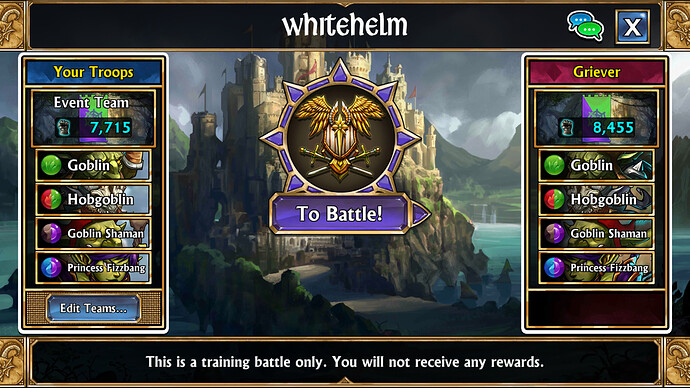