Guild tasks have given out a grossly reduced number of gems.

Hopefully this is a known issue and is being fixed.

Guild tasks have given out a grossly reduced number of gems.

This alas was a planned update.
AND many of us are really really annoyed now. Not only do we now have a limited supply which affects our ability with GW and Sentinels, we also have the soul forge which takes gems

LESS does not = MORE

Soulforge costs 350 a week if you choose to buy the “bounty” packs.

Blue guardian gives 140 a week, and LTs still give zero.

Some people have a decent stash saved up, some people can mitigate the drain by spamming maps, collecting tributes etc, but ultimately it’s designed to drain your gems. Nevermind that if you’re VIP you also want to put gems toward VIP chests, and some guilds have sentinel requirements that require players to spend gems.

This entire exercise is a push to drain excess gems from the economy and push the gem packs in the shop harder…which they could have done WITHOUT the nerfs by simply making the prices more reasonable.

Oh but hey gems are on sale for the holiday, so we should be thankful. Right?

Oh but hey gems are on sale for the holiday, so we should be thankful. Right?

Oops. Well, the sarcasm in my comment still hopefully came across as intended

iPhone has started exiting the app if you press the lock button (right hand side towards the top on the side) while GoW is the active app. Last two days.

Check out this thread for some possible work arounds, I believe turning on Power Saving is the main one for your example.

The release of 3.1 on mobile was a big step for us. As many of you know, we are now using the same Unity codebase across all platforms. This has great long-term benefits for us as devs, and in the long-run should be better for players, as we are now able to focus on features and wont have to code them twice. However, as 3.1 has completely shifted the codebase across to mobile, we are going to run into issues with some devices which likely didn’t have issues before. We would have liked to pick u…

That seems to have stopped the 100% repeatable issue. I will see if I get a similar crash now that I have Power Save ON.

Not seeing it listed, but every time I leave the game, when I come back my defense team is reset to the first one in my teams list (has happened a half dozen times today, on PC).

Do you do anything else after setting your defense team (eg fight a battle or treasure hunt etc)?

After I set my defense, I always play at least one PvP game (since previously the defense never seemed to save afterwards). After that one game, I have done various things, either quit, play more PvP, or other stuff like purchasing chests and levelling troops. But in all cases it seems to reset, regardless of my activity. Specifically, I have yet to quit the game and come back and find my defense still what I set it to.

Forcibly restarting the game fixed that exact issue for me. (On iOS, that is.)

Console (X1)
If you want to give money away to buy stuff, you can’t on the new SoulForge. The Daily Deal says must Defeat the first Dungeon Boss to unlock this offer (even after defeating all 3 Bosses).

Unfortunately we had a few hiccups with our Dungeon purchase item on Microsoft’s side. We will enable the purchase as soon as it is available, and I have updated the main topic thread with this information.

PS4 - guild bonuses are still not applying. We completed the Blue task this week but I am not getting the armor bonus and the countdown timer is not showing. I don’t have the stat bonuses from the tasks we completed last week either. 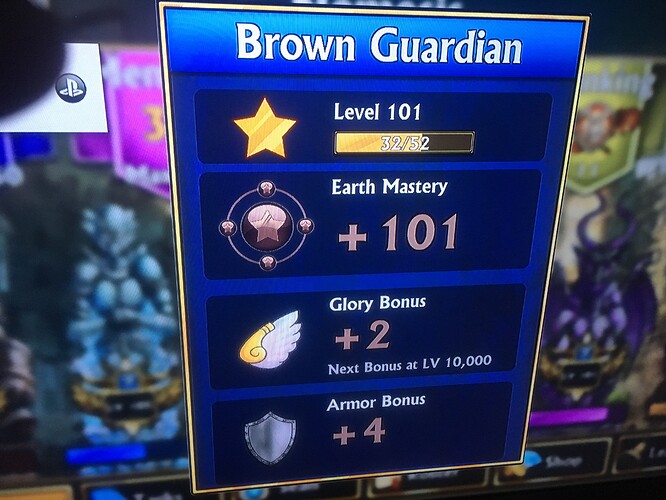 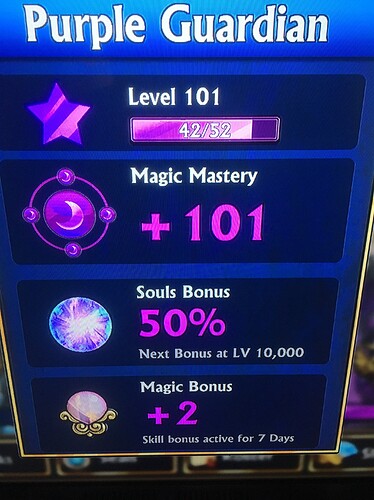 Go back and it’s gone

So they give us new material but didn’t fix any bugs at all, I bet it still don’t show after battles are done for the day either.