What just happened?! Most bizarre series of bugs, or litteral game breaking defense?

Bare with me, I’m trying to recapture by far the most confusing match I’ve ever encountered.

At first it was a small blip of a, “Wait…what just happened?” then transcended into, “Seriously, what, how…I don’t even…?!”

[name removed] I wasn’t aware of any forum rule / or player polite policy. I was trying to be comical, I suppose I could of just said their name was in all caps to capture that. But it was a lite jest, not worth a laugh out loud or a cranky response due to it being unfunny.

My first instance of “wtf” occurred where I matched a 4 gem combo, and I never received an extra turn. Correct me if I’m missing something, but none of those monsters have a skip extra turn move set. I had no one frozen.

So I played that off as an odd instance. However, this event of skipped turn happened at least 2 other times, 1 of which was with my hero Crescendo not prompting after getting a kill.

Continuing further along, this was my first time facing a hero with familiar perk, so after I killed dragon soul, and not being aware of its perks, it took me awhile to catch on to where G spider was spawning from. As killing Divine Dragon also proc’d a spawn.

The match goes straight into the twilight zone after I kill the 2 spiders up top, as they spawn Dragon soul and Divine dragon.

This is the point in time where my mind is just struggling to comprehend why any of this could be happening.

I end up killing Syl and the hero, yet not before spawning 1 more G spider by killing the second dragon soul.

Another “are you kidding me” moment occurs now when I use My Emperor Khorvash ability, yet it only shoots at the top spider, ignoring divine Dragon.

Yet then the giant spider casts its ability, which on the following turn replaces the divine dragon with a mini spider, yet still shows divine dragons mana color in the top corner.

However, I chain some skulls, and my attack ignores the top slot dragon soul and hits the buggy little spider.

I end up going 1 more round with a form of aggression(Cant recall if I used an ability or skulls) yet the game ends in victory with the enemies 2 remaining monsters still alive and showing remaining health totals.

Was this a combination of a strange team comp and a series of bugs due to all the variables?

Regardless, I feel dirty after such a match…I’m going to go shower now.

I cannot comment as to whether this was a bug or a hacked account, but I will say I thoroughly enjoyed your re-telling! Thanks for the little novella!

It might be worth submitting a support ticket, but I suspect that other forum goers with more dev experience will respond shortly and provide more accurate advice.

Sounds a lot like the old Ghost Troop bug, which is mostly a display glitch. Orbweaver (the class with the Familiar trait) is quite notorious for causing it these days.

Orbweaver has also been reported to summon spiders over the top of other troops already on the field.

Also, Divine Dragon, is that Celestasia?

I had this happen to me (complete with struggling to figure out what the heck was happening - before realizing it was Orbweaver).

It seems to be a mix of ghost troops and graphical glitches. The dragons that came back won’t have been getting any mana or being effected by any of your moves, and the spiders that had dodgy mana pools would have just been getting their standard mana numbers and colors.

That exact same thing happened to me for the first time yesterday (regarding the spider spawning incident - I haven’t missed any 4 of a kind extra turns).

And to the guy directly above me… Relax. Stop freaking out. He clearly thought something weird was going on. Not everyone knows about bugs they haven’t experienced. Don’t be so rude.

The first time I experienced it I had a “WTF” reaction, I just didn’t post about it. It’s a really weird and interesting battle when the bugs happened. Seriously though, don’t be a jerk. Not everyone is as awesome as you apparently are

Lets get some Intrim (II) players here and start up more conspiracy theories about suspicious players that MOST LIKELY DON’T PLAY FAIR.

So, are call-out by guild allowed as long as you use spoiler blur? Or are you simply just being a jackass?

I’m here anyway. Intrim II player. What’s up? What conspiracy theories you want to talk about?

I agree. A spoiler tag callout is still a callout. Let’s rise above.

I don’t see any reason to perpetuate drama here, but I think the “Suspicious Name” bit is rather foolish.
My name in game name is Algo. 4 letters is not a unique occurrence, nor is capitalized names (good riddance SLAYAH).

I think the goal is to be succinct and infromative, not to add flavor via bias or supposition.

If having four letters is wrong, I don’t want to be right.

I agree that policies against naming individuals are bizarre and ineffective if they allow you to identify the individual through other means, and when everyone in the conversation knows who is being talked about, it’s silly to insist on everyone twisting themselves into knots to avoid using a name.

But I think the point here is to shift discussion away from individuals, and focus on the behavior instead. Discussion about what behavior the game does, should, or shouldn’t allow is appropriate. The behavior of a particular player, and whether or not it’s appropriate, is between them and the developers. A no-name policy isn’t technically necessary to accomplish that, but people easily go into witch-hunt mode, rather than having productive discussions on the underlying topic, so it’s just simpler to prohibit naming people.

I had this bug happen to me today for the first time ever (I did a couple games versus orbweaver class, but it never glitched like you explain it)

[Album] Imgur: The magic of the Internet 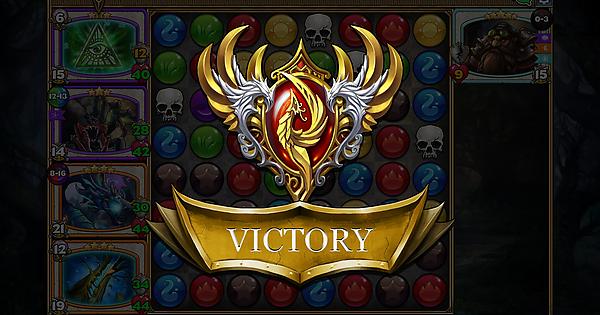 BTW, the “not getting an extra turn” bug has been around since 2.0.1 or maybe even earlier. They know about it but it’s too sporadic evidently for them to nail it down and fix it.

I see it once or twice a day.

@ Kharybdys
Hrm, I wasn’t aware. So is that a forum rule or just a polite gesture? I placed the name due to at the time thinking it allowed a person to find and play his team. Though I actually don’t even know if thats an option.

As for the whole bit on “suspicious name” - seems some people have taken it a whole different way.

I failed at sarcasm. (at least a few claimed to enjoy the read)

Brings up a very interesting concept though.

You know how there are classes in college that help discuss communication patterns and understanding people through face to face interactions?
Well - all those rules go out the window when it becomes text only.

My mind set when typing out this story was a confused yet comically entertained by how weird it was.

So my post was enjoyable for me to type out, and was intended to tell a story of hopefully some humor while also inquiring whether anyone knew why it happened.

Yet, if I, the writer, don’t have any connection to the reader, or make note of HOW they are expected to read my post, then they will often read it in an unintentional manner. I have a theory that with out any guidelines of how to read, the person reads the post based on their current mind set and emotional state. So if they are annoyed coming into the topic and expecting a crappy post, their response will likely match that.

An extra reason to be careful about putting in names.
You could just remove the name or asterix it and leave the rest intact.