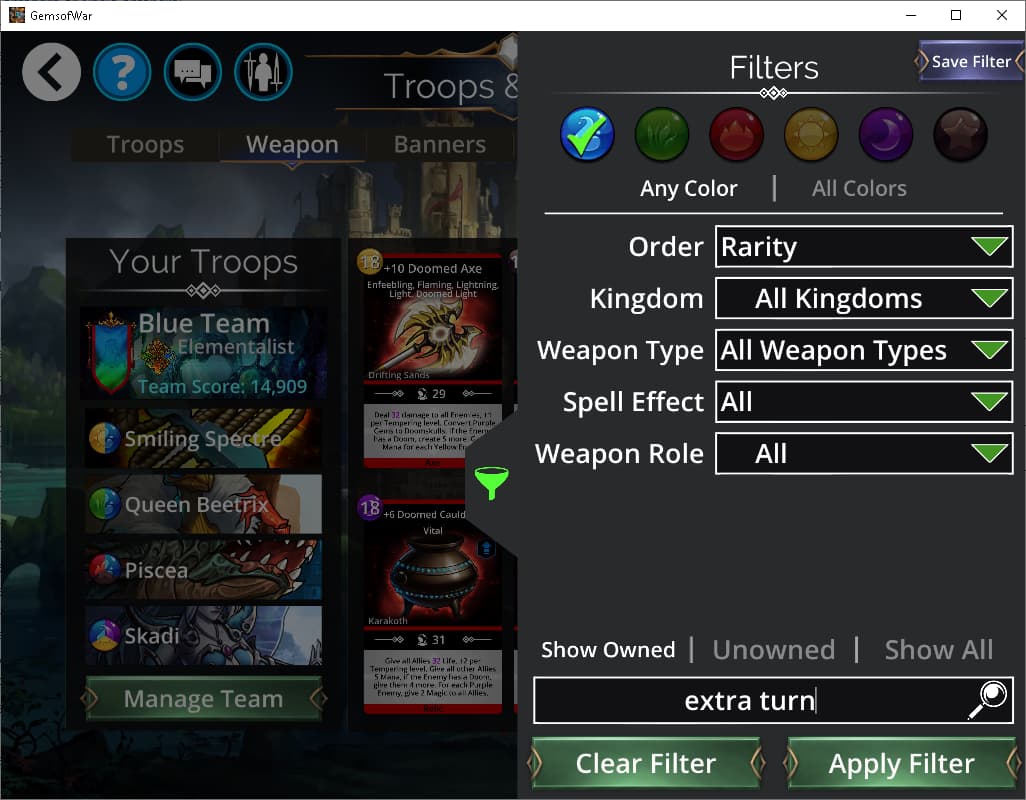 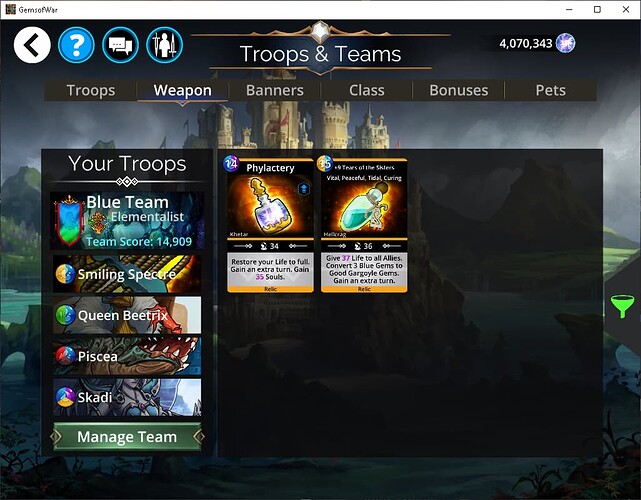 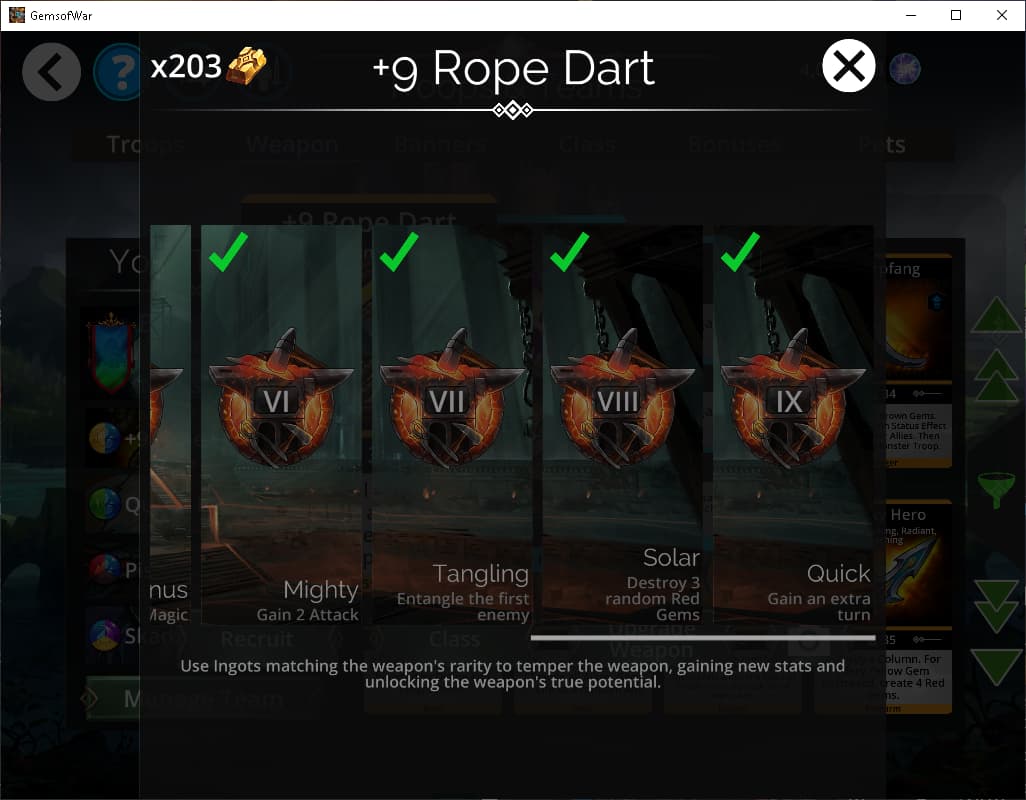 What you were expecting to happen, and what actually happened:
For my guild wars blue day I needed some blue weapon with the extra turn functionality. I filtered it… and got immensive 2 matches. While I know about of The Rope Dart at least, and I am sure I seen several others.

I checked, and as the screenshot says, The Rope Dart has it only as L9 tempering.

So it seems the filters totally ignore the tempering mods. Sad revelation, but at least it explains why I often cannot find the needed weapon while I definitely sure that I have something needed.

Can it be fixed, please?

How often does this happen? When did it begin happening?
Always, I suppose. But I found it only now.

Yeah it’s very embarassing that this has not been implemented from the beginning or after it has been reported several times already.

If you know the affix name (e.g. “Quick”) then you CAN search for that, so the list of affixes is indeed included in the search – but it would be much faster to just search the affix text.

Better yet would be for the “Spell Effect” filter to include (at least enabled) affixes on each weapon – e.g. Rope Dart +9 should show up when filtered by “Spell Effect: Extra Turn” due to the “Quick” affix. It makes barely any difference to the player whether certain effects are part of the base weapon cast or an affix, both should be searched equally.