I thought it was odd that I could see the team I was up against without the 50 gold for scouting, took a screenshot of it and felt, because I’m a fan of honest gaming, I would need to report it. I noticed this when going into Explore in Swords Edge, and it happened again in Pridelands. No gold was spent on either occasion to scout the teams, and I’m only VIP 1.

Here’s a screenshot of it in Swords Edge 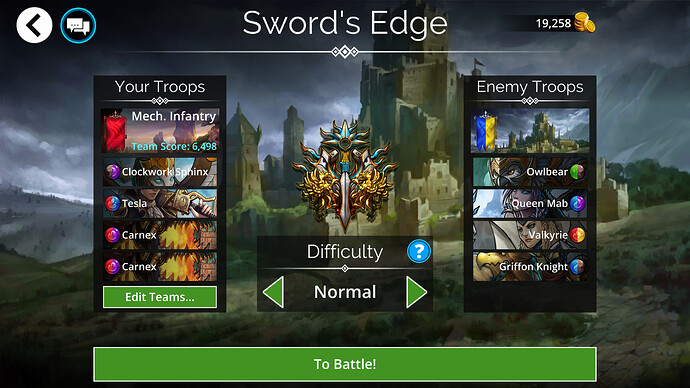 Here’s a screenshot of it when I backed out and went to Pridelands. 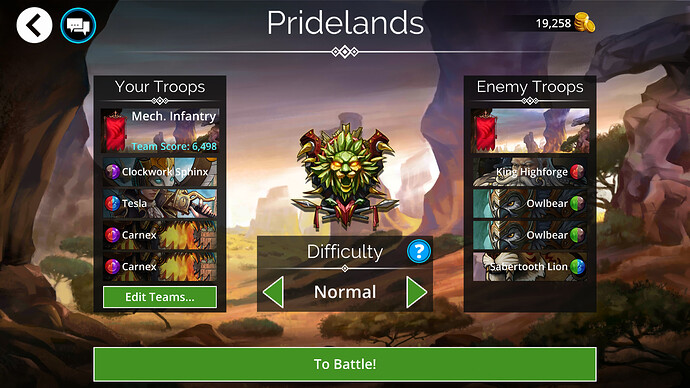 Let’s… yes, I called the team I used the Mechanized Infantry, and yes, I’m reporting a free scouting issue on myself because I’m not supposed to have that perk.

Did you test your PvP defense before that? There is a bug that happened after testing defense team, that would make all battles scout-free.

Seems like the only way to fix it is to restart the game.

Interesting, I didn’t test my PVP defense team before this happened, but I did click on someone’s profile to look at a team they were using, then backed out to go Explore.

I haven’t restarted the game back up yet, so I’ll do that. Thanks!