The Arena mode is broken or having some issues?!

Screenshot or image:
Provided below.
As you can see, instantly lost all my troops at full health. 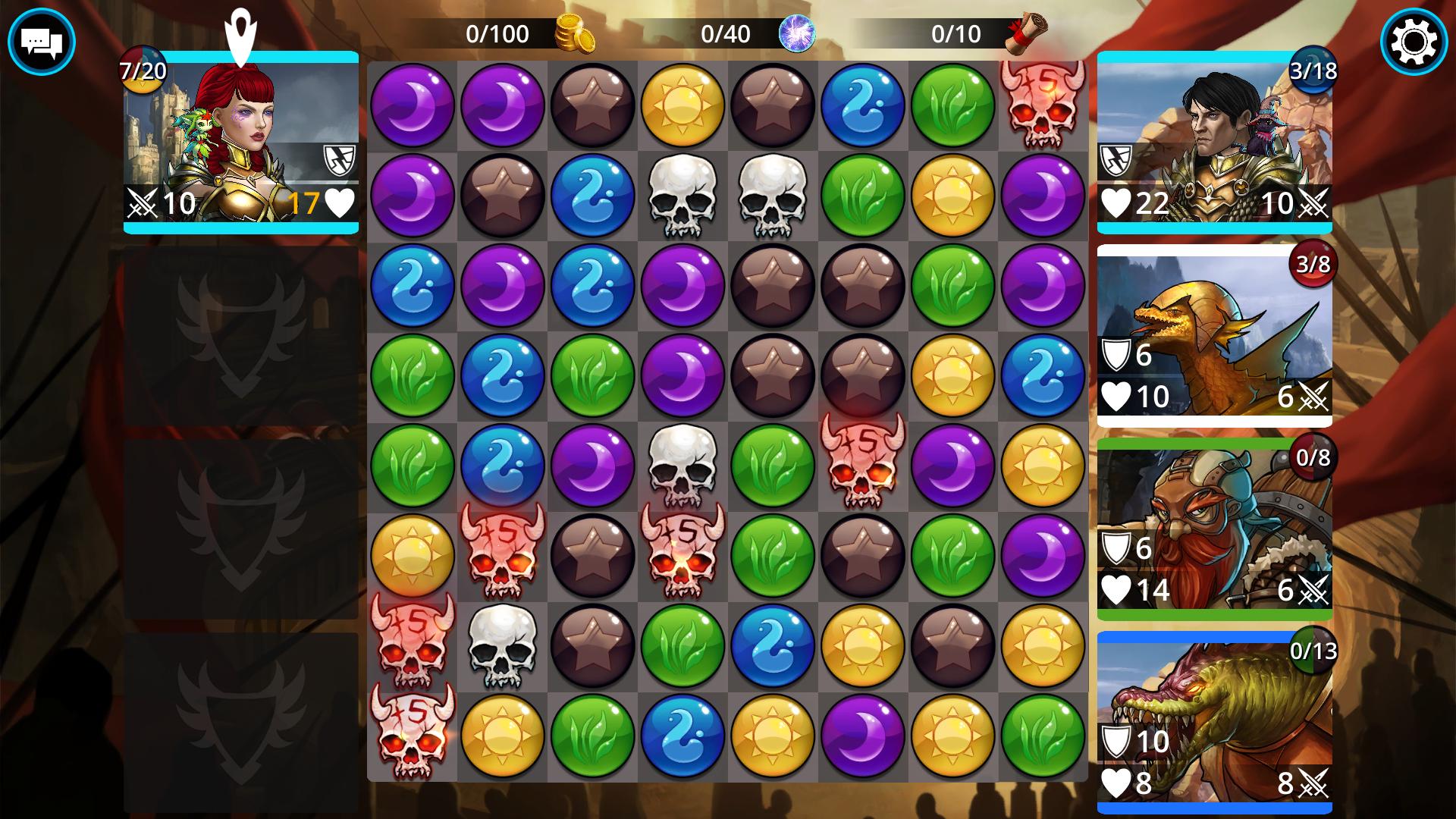 The weapon that was (probably) activated: 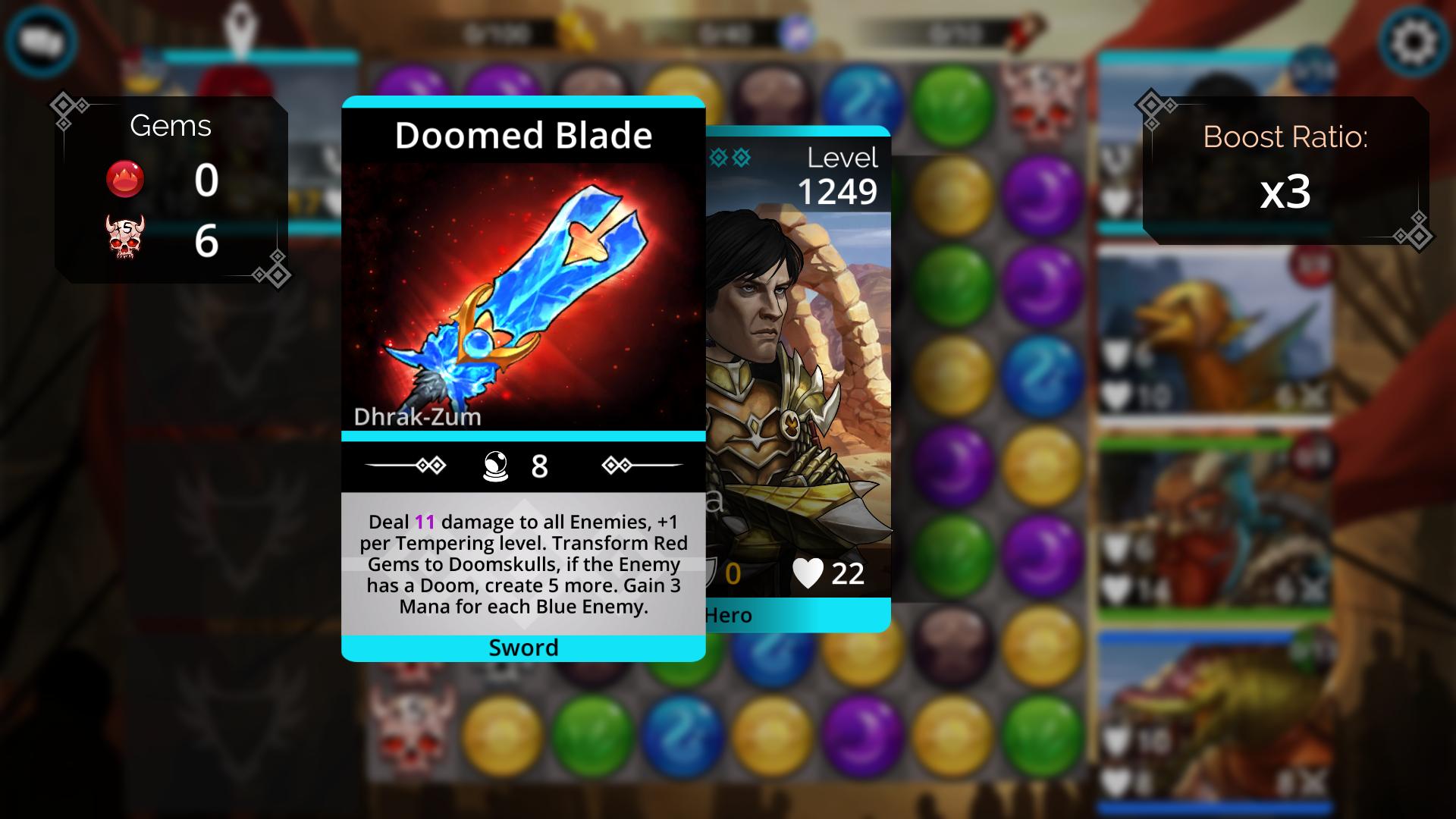 Video:
Unfortunately, I did not record this battle, but I took screenshots instead.

What were you expecting to happen, and what actually happened?
I was playing my 7 or 8th battle in the Arena mode.
I have made three, maybe four moves, then all of the sudden all of my troops died, except for my Hero that was wounded. Either the Doomed Blade glitched out, or one of the other units, or maybe even my own Dawnbringer weapon was automatically activated against my own troops. I am uncertain if it was already fully charged when it happened.

How often does this happen? When did it begin happening?
It happened at least one or two times before. I am not sure if it’s related to the transferred skull damage from killed troops (damage transfer issue) or if this is a different bug. It’s hard to say when it started happening for sure, however, it’s probably an old issue.

Steps to make it happen again:

I know that it didn’t count when doom weapons were introduced, and I don’t remember ever seeing that change in any patch notes.

This is strange and really unusual.

Why did my troop on top survived, but not all the troops below? I would expect then that all of my troops would be destroyed then. The damage transfer formula from troop to troop below is questionable at best.

Why did my troop on top survived, but not all the troops below?

Because your hero has much more combined health and armor than the other Arena troops. Each troop got hit for roughly 20 damage, that’s lethal in this game mode.

Are these bonuses really carried over to Arena? At least on Android I have not noticed it so far

They only count for Doomed weapons, since their damage is boosted by tempering levels. And it counts correctly. When I use a blue Doomed Blade, which I have at +7, I am doing 18 damage to all enemies. Just in Arena you can’t see that +X after weapon’s name since no affixes (or weapon levels) are working or apply their effect.

fair enough…but is that a bug, or was it intended like it? just mulling things over,might change from dawnbringer to blue or brown doomed then…

When I use a blue Doomed Blade, which I have at +7, I am doing 18 damage to all enemies. Just in Arena you can’t see that +X after weapon’s name since no affixes (or weapon levels) are working or apply their effect.

And the Doom weapons healing your team are probably behaving the same way, granting roughly 30 life to the whole team on each cast. It’s so hilariously broken, one can only hope they fix this ASAP. I’m predicting a sudden popularity spike, making Arena an exercise in pain and suffering for all those who can’t afford a highly tempered Doom weapon.

Not sure when i got DB but seen i spammed arena for souls x it can assure was already working like that from ages, no clue how come all of sudden is such a problem (or really in months no one ever tried dooms in arena lol?).

Beside, damage even at +10 isnt so much different from DB with 3 yellow troops, db being lot easier to fill, honestly i wont gaff if now they nerf dooms seen got db anyway but is just gonna hurt only those who dont have db.

problem being: you do not always get 3 yellow troops in Arena, and not always enemies are yellow. Doom seems to be more sure, and if you use blue or brown, you get the bonus mana for the banner

It is still easier to fill 20 mana to Dawnbringer with 3 colors than 18 mana to a mono color weapon.

Problem is, after dunno how many months (i had blue and brown doom only back then) just cuz the dude meet a doom, failed to fill before AI and lost trash troops in 1 match all of sudden is a problem?

Well, if it’s such a big issue only thing i gotta say is either “first day in arena? welcome” or “good morning, was about time to wake up”, pick the one you like more.

Oh and you’re wrong cuz the banner DONT WORK in arena, is there just for show, check the mana when you make the matches and yes, sometimes i won before managing to fill the doom (ofc if you reroll until you get a right color converter is another matter but then you can do the same for DB).

Anyway is late and as i’ve already said idgaff about this, doing arena now only when got the daily task about it too.