Another small note: I see no changes to any of the existing Hero Classes. In particular, this means that the Deathknight does not get Undying.

Not quite sure dwarf miner’s mana cost needed to be nerfed that much for its new effect.

Except that at Mythic with 5* kingdoms you’re looking at 16-18 gems destroyed depending on guild bonus. That will fill up most troops.

He might be out of the conversation for worst troop in the game now.

Aziris is rubbing his bony hands together with glee.

Though Peasant is standing behind him trying to jab that pitchfork between Aziris’ fingers.

and thematically, makes no sense that those little brats can’t be devoured.

That’s what I thought from a ‘flavor’ standpoint those Dwarves would make mighty tasty treats for Devour. And it makes no sense.

However, Gameplay and balance wise I’ll wait and see…

Aziris had better get out of there while he still can.

Or maybe Dwarves are so tough that you can’t even eat them and they’ll just punch/chop(/block) their way out of the enemy’s stomach!

Its no food in them, they so little and smells urine since they fail to get a distance while peeing, they pisses themselves out. So nobody wants to eat them.

You can only eat dwarves if you’re a short-order cook.

I’ll go back under my rock now.

I use Aziris somewhat regularly and losing Divine Slayer is a nerf I think. Especially that he is a skull generator.

So no new mythic today?

We haven’t had one of these in a while; I think he’s been spoiled before, but as a reminder, the currently-scheduled troop for next week is: 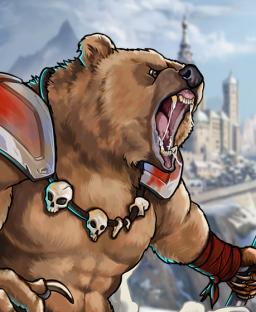 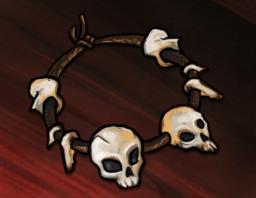 Green/Brown): Deal [Magic + 3] damage to an enemy, boosted by enemy Dragons, and half of that damage to adjacent enemies. [5x]

Scheduled for 09/11/2017. All future troop details are subject to change at any time.

I read something about a new set of GW troops a while back. Do we have any information on what exactly they’ll do yet?

Next is Urskaya week? I better finish the questline now in case we have to hunt Urskas.

Thanks for the update! Do we have information for troops post 10/23 or of the mythic coming after Doomclaw?