There’s some info, but it’s fairly preliminary still. 10/23 is still the last date with troops that appear to have all data (though obviously not necessarily finished). Doomclaw is likewise the last Mythic that has “complete” data.

Looking a bit further out, there seems to be a Chinese-themed kingdom in the pipeline.

Looking a bit further out, there seems to be a Chinese-themed kingdom in the pipeline

What language would we translate into? Maybe seal?

Thanks for the prompt reply!

(While I haven’t seen the show myself, my girlfriend would be EXTREMELY disappointed in me if I let this chance pass up)

What language would we translate into? Maybe seal?

Well, it’s ANTarctica, so obviously whatever ants speak. Time for a bug kingdom, there seem to be so many around…

Possible Merlantis troops on Friday/Monday?
If so, any leaked stat info available?

Thanks either way in advance.

No, no leaked stats (images only).

Have those been posted before?

So according to the spreadsheet the dragon’s claw event was moved up to fill next week’s vacated spot. Do we know the new troop yet?

I’m not sure where they got the info on Dragon’s Claw event, the game files don’t reflect the postponed Merlantis yet. If Dragon’s Claw is indeed next, the info I have is: 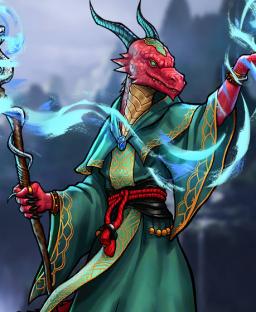 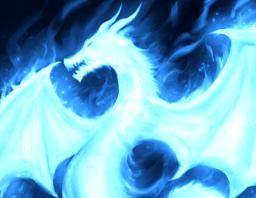 Green/Purple): Convert all Blue Gems to a chosen Color. Enchant a random ally and give them 3 Magic.

Scheduled for 10/23/2017. All future troop details are subject to change at any time.

From that I assume its Magic buff scales up with Magic. If so I think it will break the game.

Edit: well, the fact that it’s on a random ally may attenuate it, but that dragon with Draakulis, Krystanex and other strong troops that hit all enemies will be devastating, especially because it has board control.

I’m guessing that the Magic stat buff doesn’t scale with her own Magic stat… which leaves her not so useful, as it’s untargeted… if it does scale, it’s potentially very dangerous… and kinda fails the Jainus test, as it sounds like it’ll be more frustrating to be fighting against as a defence troop than it is fun to use as an attack troop… hmmm I wonder…

It does not scale, or the description would say “…give them [Magic+2] Magic.”

I think the troop’s intrinsic 1 Magic stat is a programming mistake, and should be 0 like all other troops that do not scale with Magic.

This also means that at least 25% of the time, the buff will be wasted, if it targets Asha.

The Bad - Random targeted buff has a chance to be pretty underwhelming. Not all troops use magic, and enchant isn’t a game changer unless it hits the right troops. Also, the traits aren’t particularly noteworthy. How many Magic Links do we need?

The Good - Dark Maiden-style conversion is pretty nice, and this is a good, balanced mana cost for that. Requires a bit of sense to loop, which means it’s more useful to players than AI. Typing and color are nice too- I could see this troop supporting the other Dragons/Mystics quite well.

The Great - I can finally trait Yasmine’s Chosen next week!

Disagree. Things can be useful and controlled without being OP.

This new troop can’t control its spell buff because the spell already has a colour selection. Shame.