Yes, thank you. This mythic is looking like a mighty good support troop. Really hope I won’t be disappointed. Depending on her reception, I plan on burning through 2k glory keys, 250 gem keys, 12k gems, and 4500 seals to try and grab 2 copies.

Assuming your 12k gems are spent on gem keys, I calculate a 83% chance at getting at least 1 mythic

If they are VIP keys, I calculate a 96% chance of at least 1 mythic.

My bad, i was thinking there is someone behind, but looking again, no one there… Time to buy new glasses… Sorry

Well im not so fond on the art, is silly for a Mithyc. Im the same regard they dont have to be covered in fire hehe.

There’s a hint of my little pony about her. Good for those that like that sort of thing I suppose

Also do you know if guild keys also give the 10x extra chance for mythics that gem keys reportedly do?

IIRC, the chance on each key is doubled if you no longer get guardians.

The probabilities @rasper has computed are for multiple keys, so the effect is compounded and not linear.

If you mean the same tool I have in mind it’s not a google sheet. Check if that’s what you are after:

With the rise of troop mockups in recent months, with a particular nod to the amazing troop previews Yonizaf does for those who follow spoilers, I wanted to try and make something that would help more people be able to create troop mockups. Whether it be to help get their new troop idea across or just for laughs, I wanted to make something anyone could use with little to no knowledge of image editing. I present to you… ##The Troop Mockup Creator! (v0.5) (I might need to work on my naming sense…

Did you want one of these?

If only RNG works like that math. My best pull from guild keys so far is BD and Bunni Nog.

ok thanks, that’s way over my head haha.

i just thought the chance would be a simple double if guardians no longer dropped.

One example I like about probability: Imagine flipping a coin and getting heads 26 times in a row. The odds are just staggeringly small. But if everyone in the US tried it one, there is a 99.3% chance someone would get it. 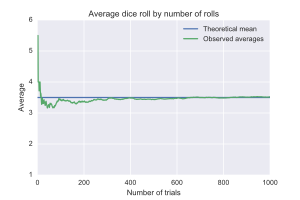 In probability theory, the law of large numbers (LLN) is a theorem that describes the result of performing the same experiment a large number of times. According to the law, the average of the results obtained from a large number of trials should be close to the expected value and tends to become closer to the expected value as more trials are performed. The LLN is important because it guarantees stable long-term results for the averages of some random events. For example, while a casino may los...

I think the Law of large numbers is most prominently visible when it comes to all kinds of lotteries. There is a really tiny chance you’ll get the jackpot (probably 1 in dozens of millions) yet someone gets it.

Valid question here to those of you doing the datamining…

I don’t know. I legitimately forgot the thread was started by someone else lol.

I’d suggest waiting until the next big data dump. We’ve had a few new details about mythics and such, but nothing about events after July 24. I’d wager either tonight or next week they will add the August and September event schedule to the game data. At that point it would be worth starting fresh again.