[Not a bug] White cards appear in Level 5 Guild chest 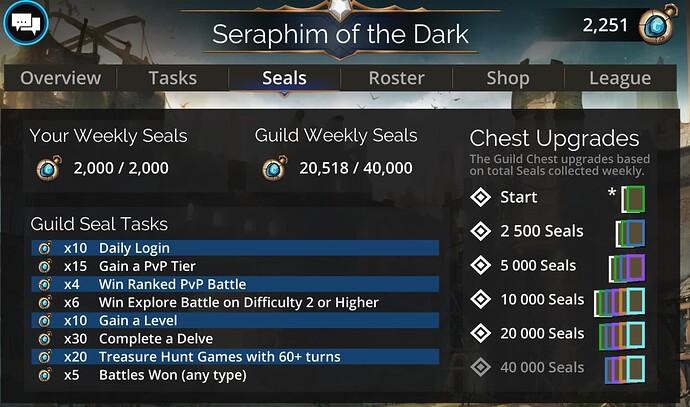 What you were expecting to happen, and what actually happened:
I was expecting white cards not to appear in Level 5 guild chest because the corresponding picture clearly indicates that:
image|384x76

How often does this happen? When did it begin happening?
This is the first time my guild has reached level 5 (20000 seals) and I opened guild chest 60 times receiving lots of white cards.

Guardian troops (like Courage, Virtue, etc.) count outside of rarities. 50% of the chests will contain them until you have leveled them to mythic, afterwards they will not appear anymore.

To add to previous poster:
guardian troops stop dropping after you have 4 copies of them at mythic ascension (for example, once you have 4x mythic ascension Courage it and only it will stop appearing, but other troops will continue dropping until all of them meets aforementioned condition).

Note, there is star sign next to uppermost tier - if you look at the bottom of the page, it says - Chests of ALL levels will still drop Guild Guardian cards 50% of the time.