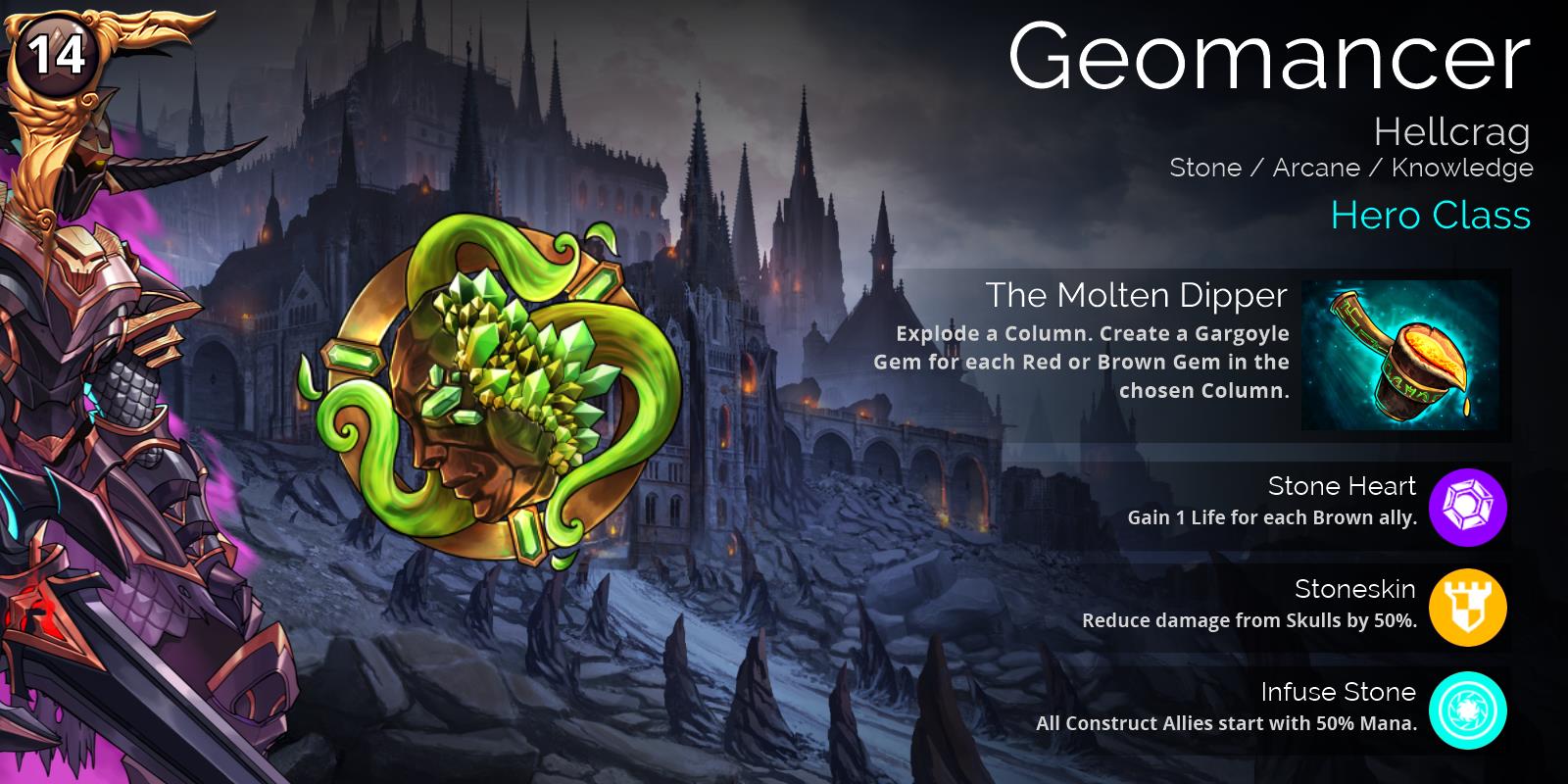 A new Hero Class has been released, the Geomancer. Complete the Herald of Torpor’s Geomancer Training quest in Hellcrag to unlock this Hero Class.

Also to celebrate the release of this new class, we will be running a Hero Class event over the weekend. Particpate in this event to help earn Champion XP for the Geomancer.

Silly me. At first glance, read the weapon as “The Molten Diaper”.

I LITERALLY did the same thing

why do we have babies on our mind? I don’t have kids lol

I gotta say, outside of Hellcrag specific teams, specifically for Construct or Hellcrag event weeks, I just don’t see this class getting any use. And I was pretty excited to be getting a class with Stoneskin (and Fortitude’s stun immunity).

I feel that this class would have been much better received and useful, if it had its third trait switched with the new Hellcrag legendary troop’s Perma dust storm. Much like Shaman, Mechanist, and Titan, a class with 50% mana start for a particular troop type just doesn’t have much place on any general teams outside troop specific teams during event weeks. (though at least Titan was super useful the first few years of the game, before Talents were introduced and granted several other classes a 50% mana start.)

A class with a perma storm has much more utility outside of it’s given type. Sunspear proves this. I rarely ever see Raksha teams, but seeing a team with Sunspear either in PvP or suggested for PvE use is fairly common: there’s the Yao/Titania team, the Phoenicia team, and less common but still effective random teams built around other red mana mythics like Suna or Infernus. The Geomancer with a perma dust storm could have found a place on Dwarf or Mech/Adana teams.