Due to IP2’s programming record, I will be using this thread to post fully revealed Daily Dungeons for the foreseeable future, and welcome anyone who may wish to share theirs in the odd chance that IP2’s randomness is not ‘working as intended’.

I did track on a few accounts on beta that the random locations were indeed random and also compared them versus testers in different guilds too for about a month.

I’m logging rewards from the higher difficulty (gained by descending stairs). If anyone wants to tag me or dm me with perfect runs from level 3 onwards that would be awesome 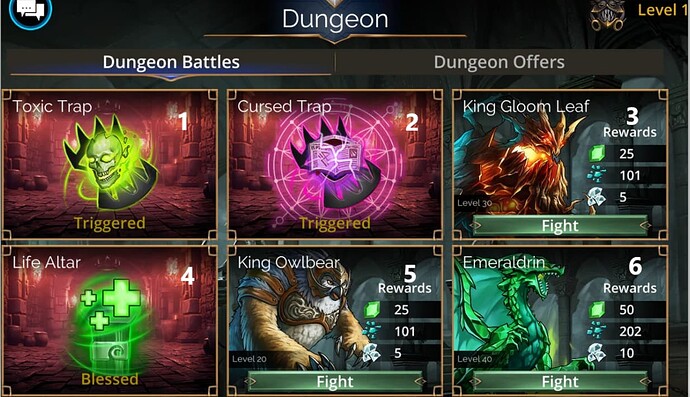 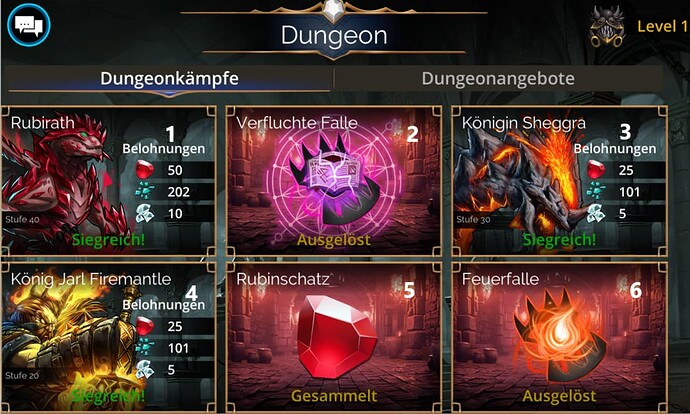 Sorry for switching between german and english, but it doesn’t matter. So deal with it

Edit: I will add my upcoming screenshots to that post here. And I’ll keep the order. If I get lucky with BBB or a variation of ABBB, I’ll will open the other doors anyways. 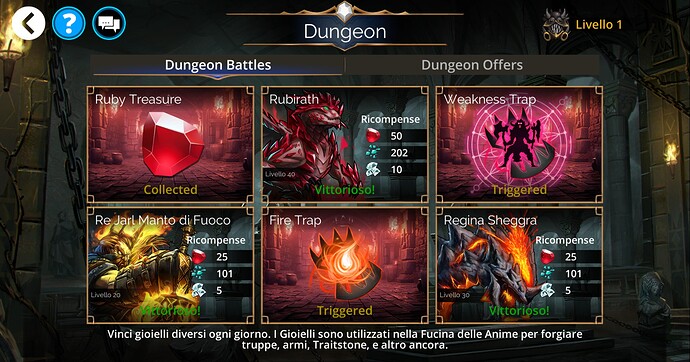 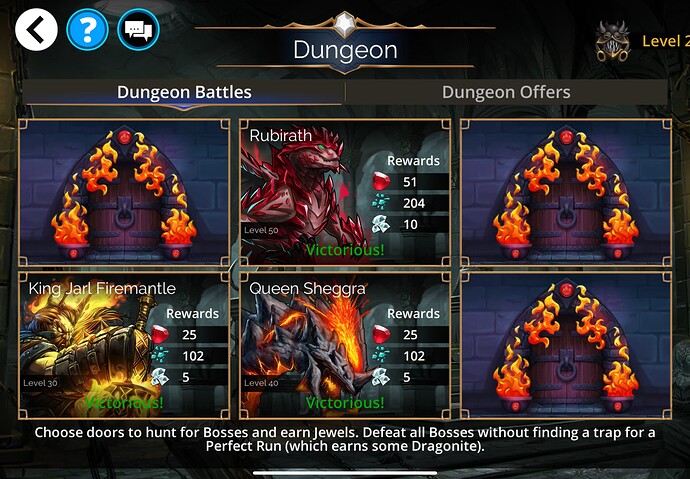 Received 84 Dragonite in Level 2. Stairs were behind Door 1

No idea what’s with the Question Mark after the ‘Descending’ on the stairs door. 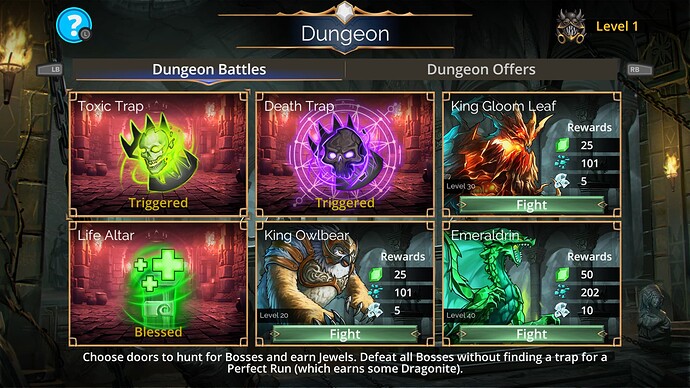 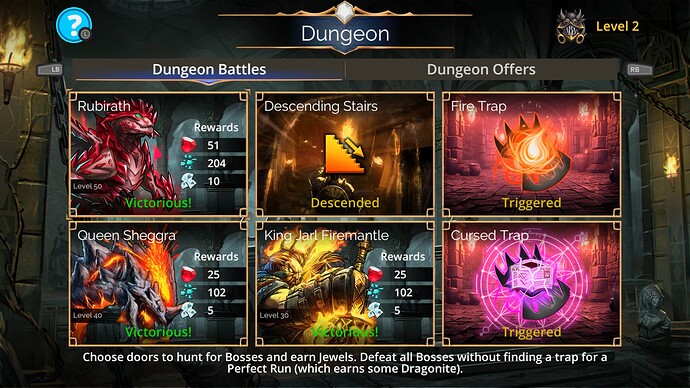 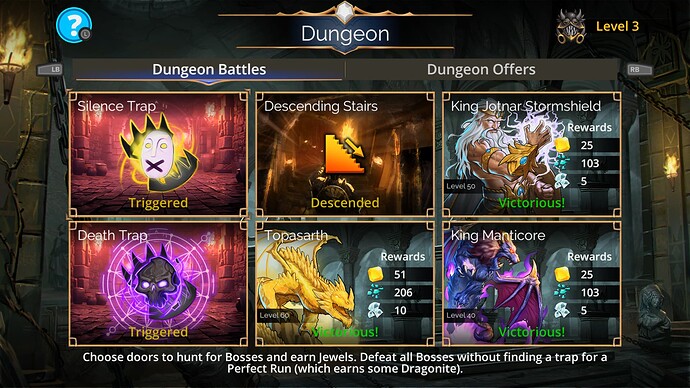 Mine so far. (This is Xbox)

I could be wrong, but I think it goes away when you descend. Because I don’t have it on mine.

Players can choose whether they wish to use the Stairs to change their Dungeon Level or if they want to stay on the same Dungeon Level.

Since it was the second door I opened and I’m still on level 1, I’m assuming IP2programming at play

On the console, it gave me two options. One to stay, and one to descend. And that came up once I opened the door. 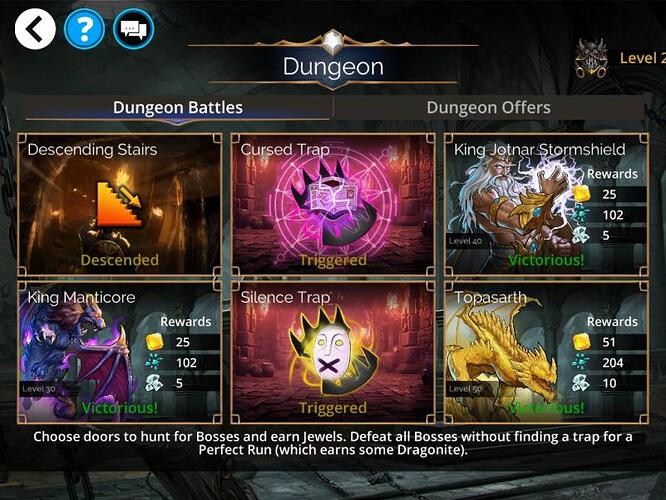 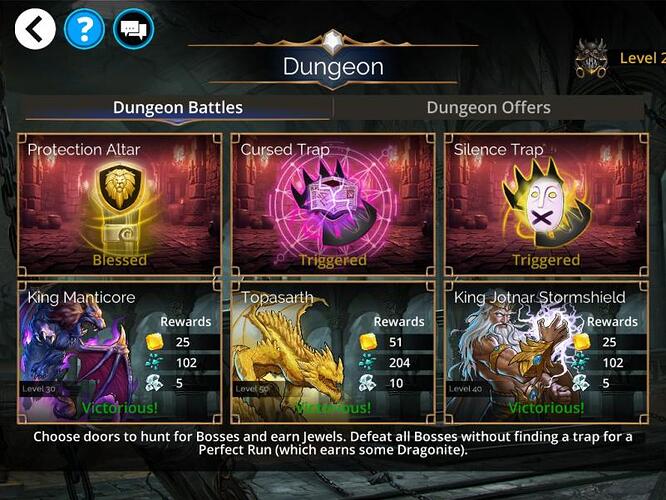 Maybe you doubleclicked accidantely? Something like that? I had my Descending stairs today too and there was a pop-up which asked me if I want to proceed.

But it’s actually good to see, that we have a choice here. Hopefully this will be the case for ascending stairs too… 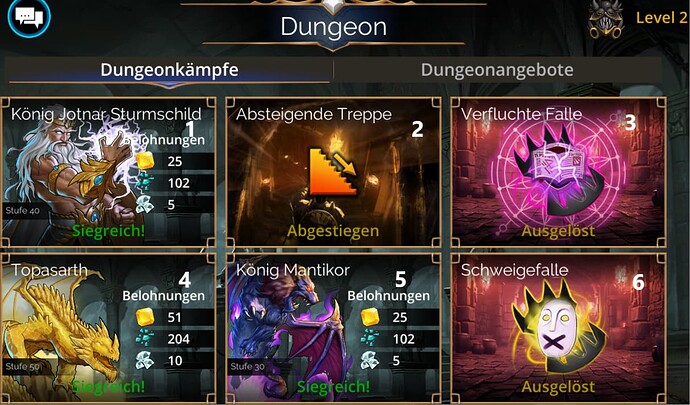 Even if I did (didn’t see a popup, but let’s say ‘maybe’ since it’s anecdotal), sounds like a flaw in their programming that users can be screwed off their choice without actually picking whether to change floor or not.

Why can’t we spend some gems to scout a room or all rooms???

On which device do you play?
Maybe there is a device-related pattern which traps occour

Edit: or maybe it is Level-related