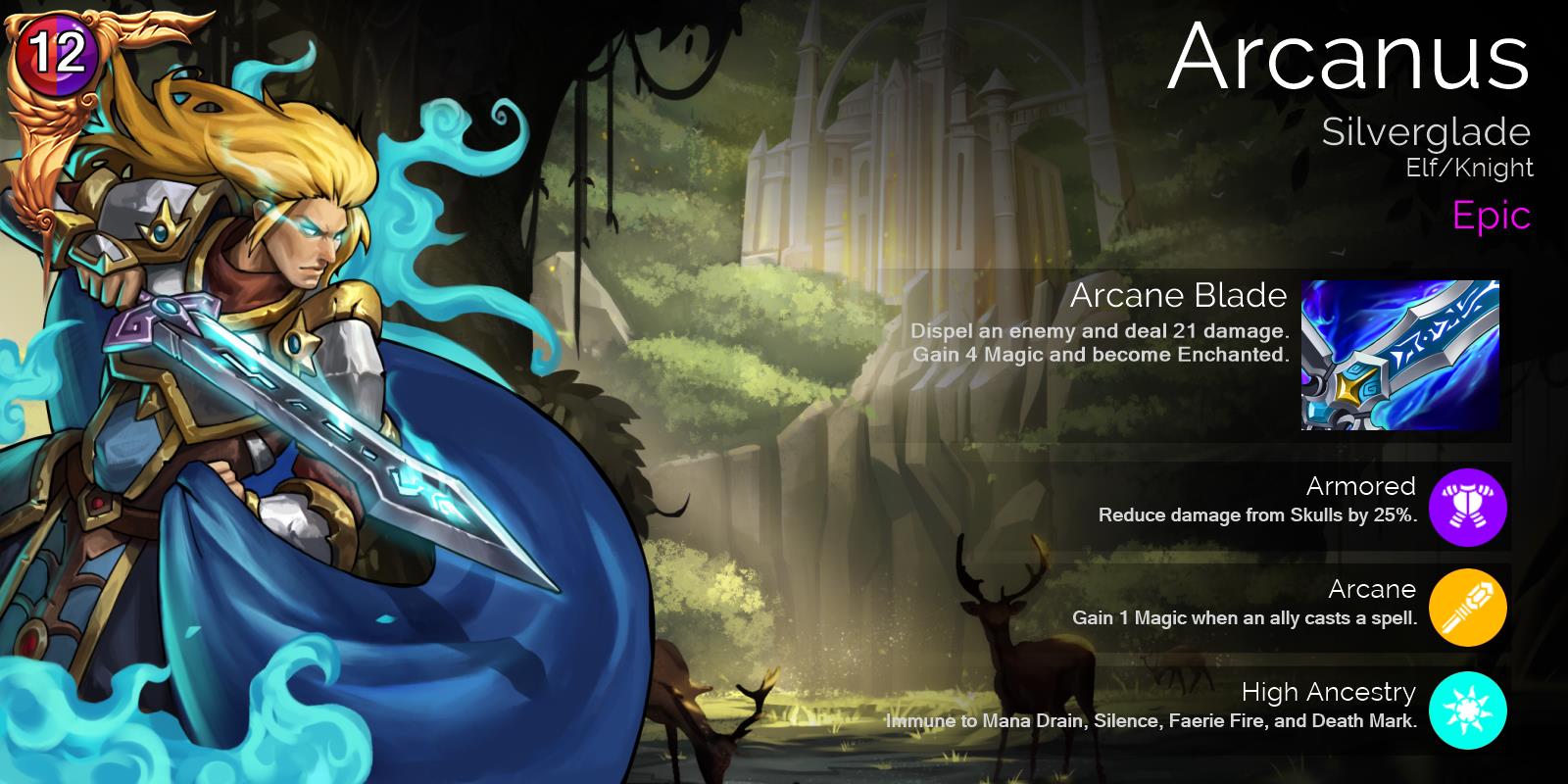 Most powerful of the famed Battlemages of Silverglade, Arcanus is equally proficient with sword and spell, but his path wasn’t an easy one.
Many of the nobility believed he was tainted by Human blood somewhere in his ancestry; he was shorter than many of the High Elves, and had no pronounced point to his ears. As a young elf, he faced almost certain exile when he came of age. Arcanus was driven though. He studied both magic and swordplay with a hunger and ferocity that scared his teachers, and somewhere along the way, something changed inside him, he vanished for a full year, and when he returned, he carried a magical longsword, and his eyes were consumed with a white flame. When he finally finished his training and demanded admittance to the Battlemages, his elders were too afraid to deny him.

Arcanus will be available this week for 400 Glory in the shop as well as in Event Chests. After 3-4 weeks he will become available in Glory, Gem, Guild, and VIP chests as usual. 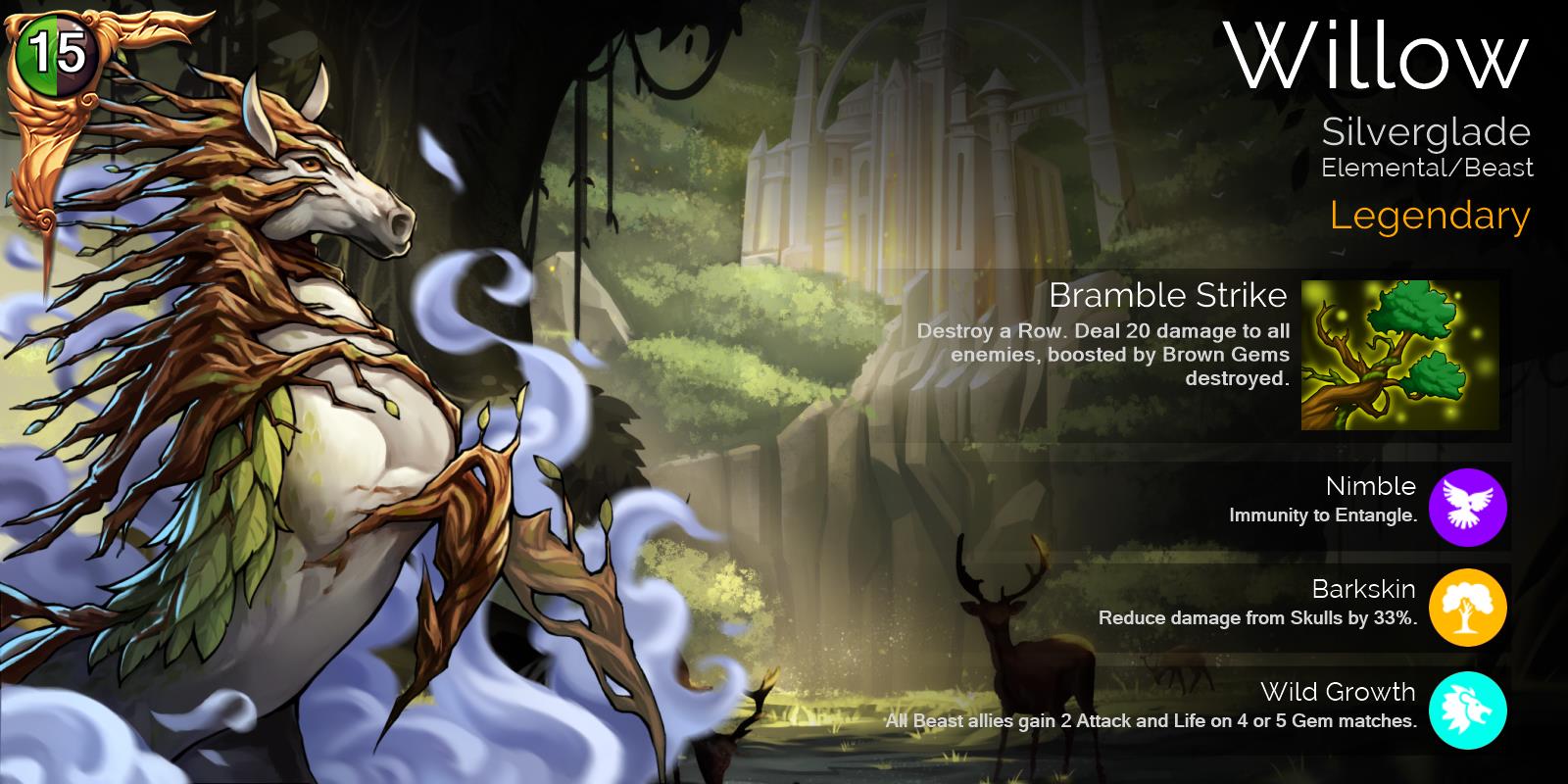 A spirit of the forest of Silverglade, not dissimilar to the Forest Guardian of Maugrim Woods, Willow is seldom seen, but her presence is clearly felt by the High Elves. She travels the forest down seldom-trod paths, keeping dark things away from her lands. Once the forests of Krystara teemed with creatures like this, half beast, half elemental spirit, but today there are few of them left.

Willow will be available exclusively in Event Chests this week, and will make her way to Glory, Gem, Guild, and VIP chests in the usual 3-4 weeks.

Lol… first.
Willow is going to be amazing.

Good thing I have a Great Axe +10 on my Ketras.

Another week, another time where I wish the Boost ratio of the troop’s spell was listed (this time, Willow).

Looking forward to using Willow, although I’m not too certain it’ll be very effective though. Forest Guardian converts Brown to Green, removing Willow’s boosted damage. Outside of a Beast team, I’m not seeing the value of the troop…

Outside of a Beast team, I’m not seeing the value of the troop…

Agreed, but she could potentially fit very nicely on my existing beast team. I’m excited to give her a try!

Last I recall, it is a 3x boost ratio for Willow.

Silverglade is my home kingdom so I am so down for this!

I wonder if the flavor text will be: “I crit.”

Another option to the War and Peace and Warden class.

Silverglade is my home kingdom so I am so down for this!

Nimble, Barskin, AoE Damage with partial explosion… I like him.
He’s Bizarro Sylvanimora

Queen Aurora is in event chests everyone. New legendary too. 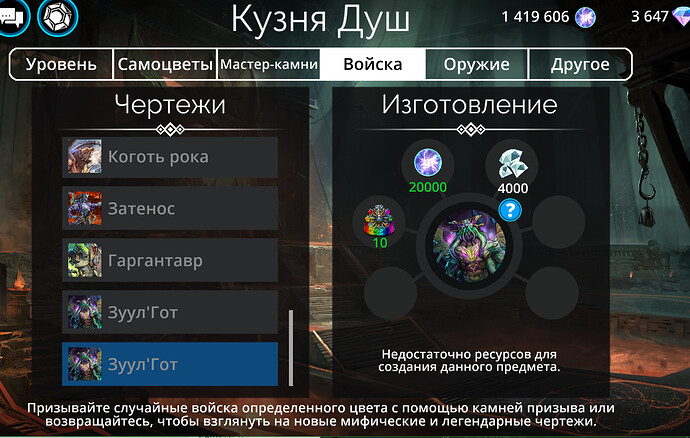 We are fixing this now. Be aware that if you forge Zuul’Goth he will be removed from your account and your spent resources will be refunded. 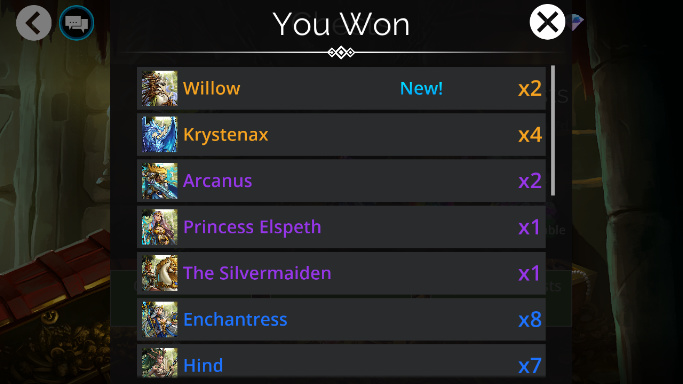