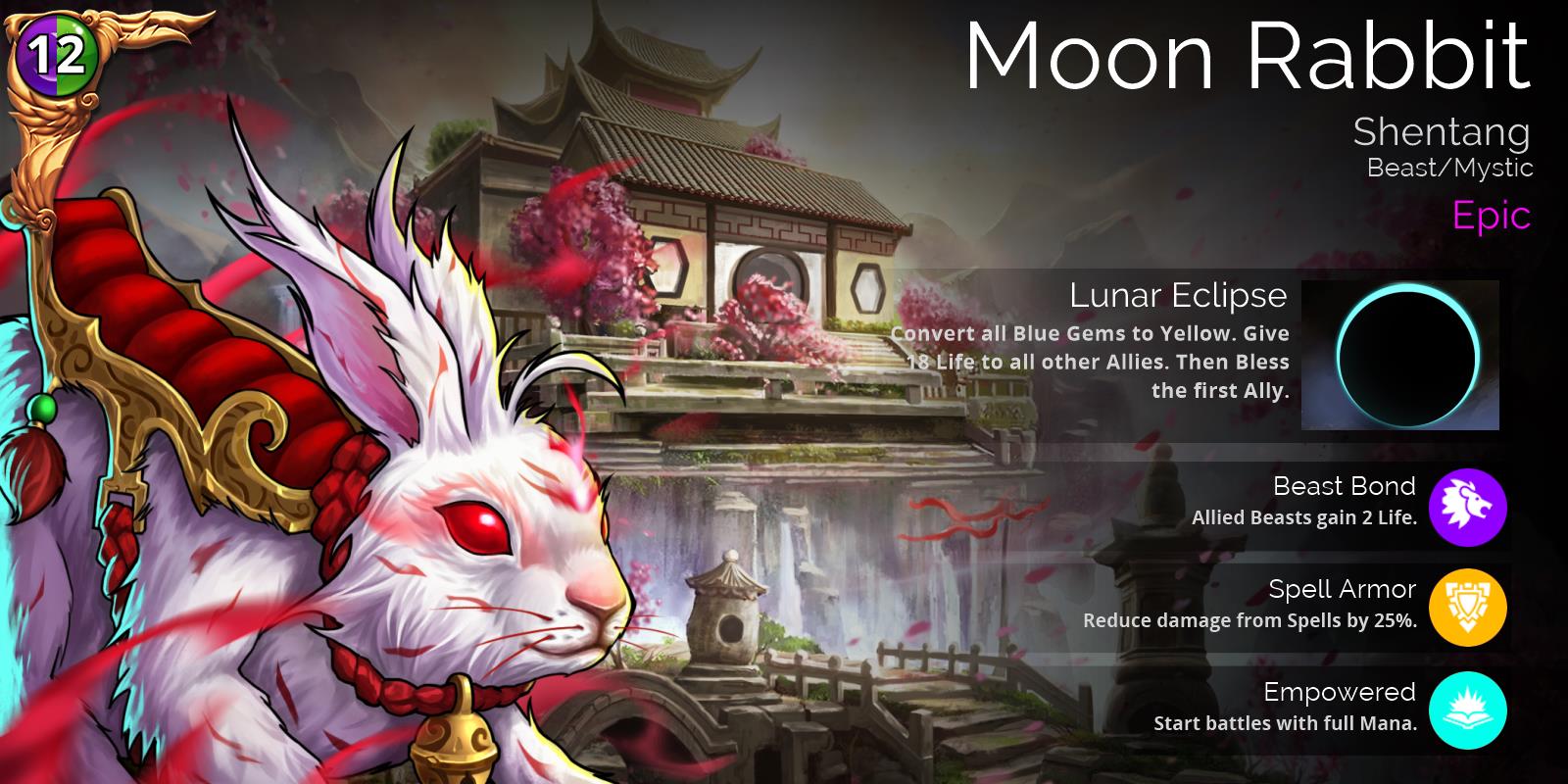 The Moon Rabbit will be available this week for 400 Glory in the shop as well as in Event Chests, and will appear in Glory, Gem, and Guild chests in 3-4 weeks' time. 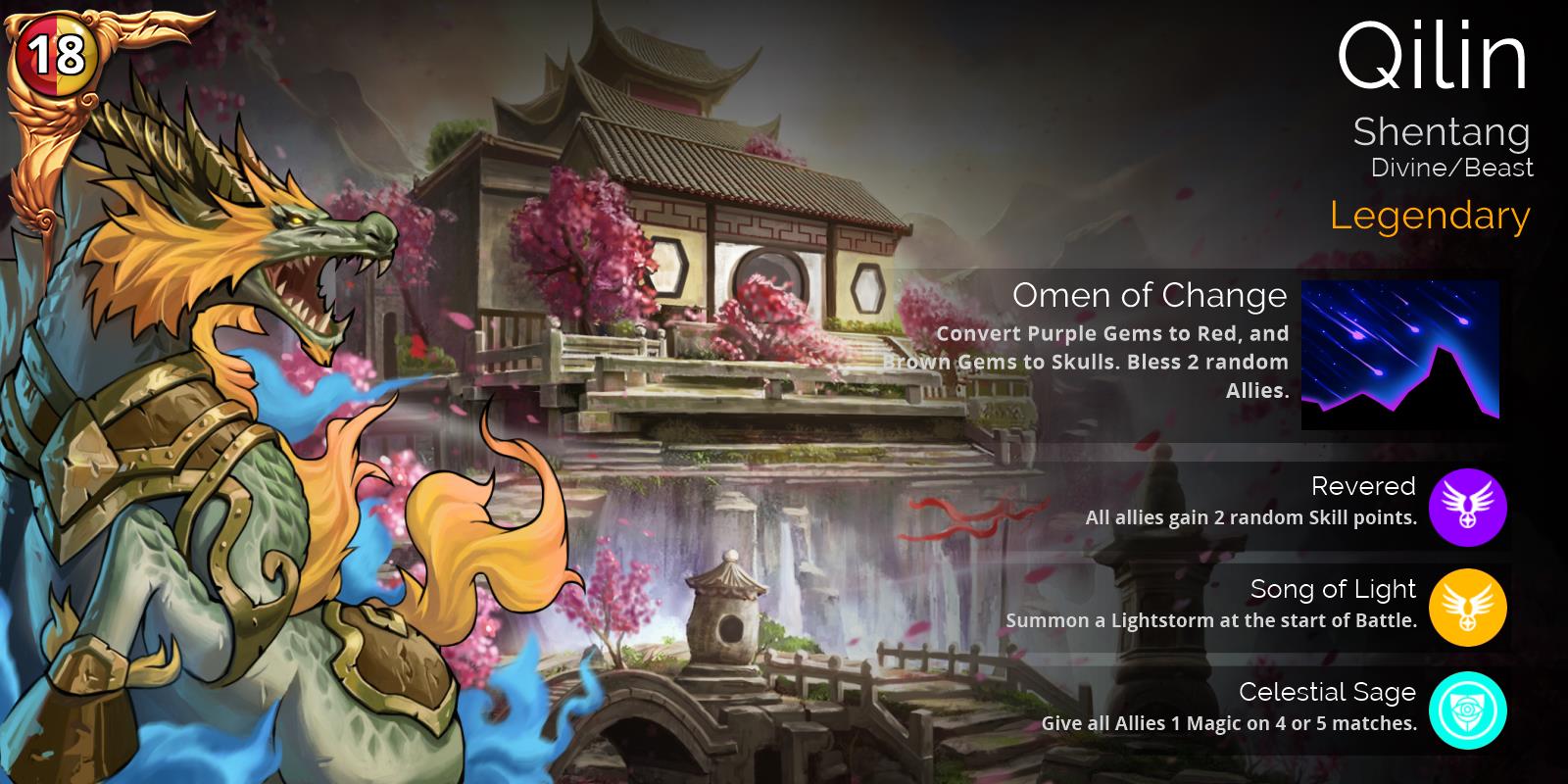 Qilin will be available exclusively in Event Chests this week, and will make her way to Glory, Gem, Guild, and VIP chests in the usual 3-4 weeks.

All is fair in love and Guild Wars. 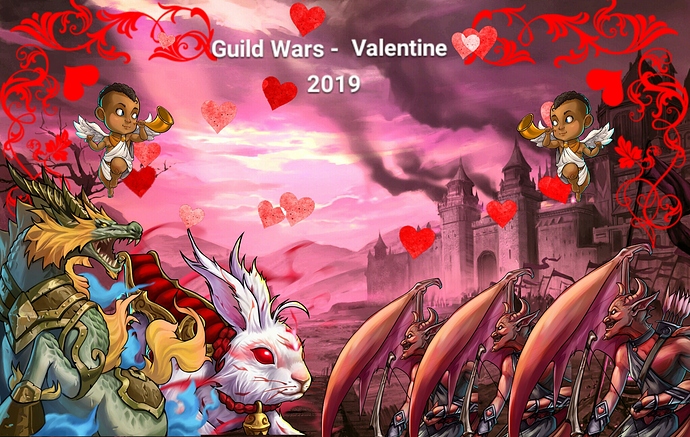 1 magic to all on matches…
This will escalade fast.

Qilin are creatures from Chinese (and other East Asian) mythology. While they might look it to a Westerner, they’re not dragons. From my non-Asian perspective, this one looks to be a good rendition.

This is amazing! Thank you! Where is Sheba when we need them…

I’m stoked that Qilin is releasing today. I really enjoyed making teams with them, and I love their traits.

Qilin (麒麟) is divine creature from Chinese mythology, which has the head of Loong (龙, the Chinese dragon), body of horse and deer, and tail of bull.

Finally can spend some event keys, I can’t remember the last time they were used

Note to future event chest openers: the odds of drawing several Xiong Maos are not great. It is just as much a fool’s errand as trying to mythic the new legendary.

Edit: he writes, as he falls prey to the sunk cost fallacy, and spends far too many event keys trying for that last copy of Xiong Mao.

Note to future event chest openers: the odds of drawing several Xiong Maos are not great. It is just as much a fool’s errand as trying to mythic the new legendary.

how many did you open? I was getting Xiong Maos up the wazoo

I think I am up to 450 event chests. Was down to a single copy needed at 350. I shouldn’t have started on this task. Should have simply been satisfied with my one copy of Qilin.

Edit: final total, @TheIdleOne. 100 event keys, and 65,000 glory worth of Spoils of War, to get a final copy of Xiong Mao. Per TaransWorld, that’s 460 consecutive failures on a 98.7% chance of failure. Only a 1 in 400 chance I would have opened so many chests without getting that troop. Alas!

I got 1x quilin and 3x yao in first 50 keys and I stopped there. Used 1 minor blue on him

But… isn’t it too early for the Autumn Moon festival rabbit?
I mean… we still need to get through Spring and Summer to get there first…

1 event key. My ONLY event key, cause I has a bad habit of using them as I get them. 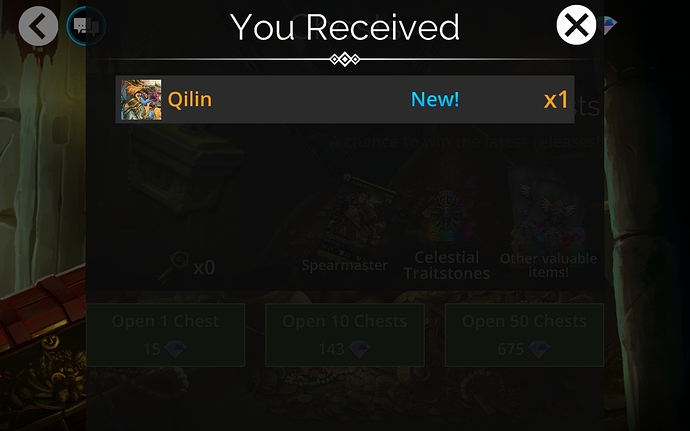 Good to see that forum members are “Qilin’ it” with that favorable RNG.

On this end, glad to report much of the same… thirtieth event key, one by one, and Qilin appeared.

Oh, and perhaps some decent real life RNG, as well, as hours earlier, paramedics were called to my residence and revived me from an emergency situation.

Anyone who has event keys just spend a bit. I got Qilin and the killer rabbit in 8 event keys. Something is up with the rng today so take advantage.