(Fixed) After buying Tier IV, the player does not receive a weapon (Sea of Sorrow) fixed!

one question to devs 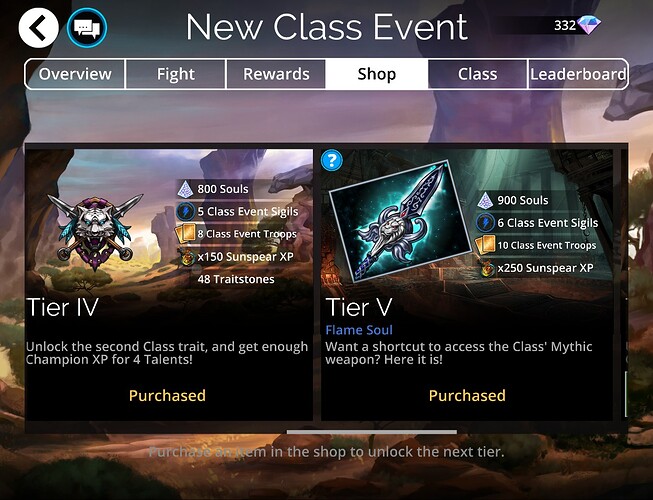 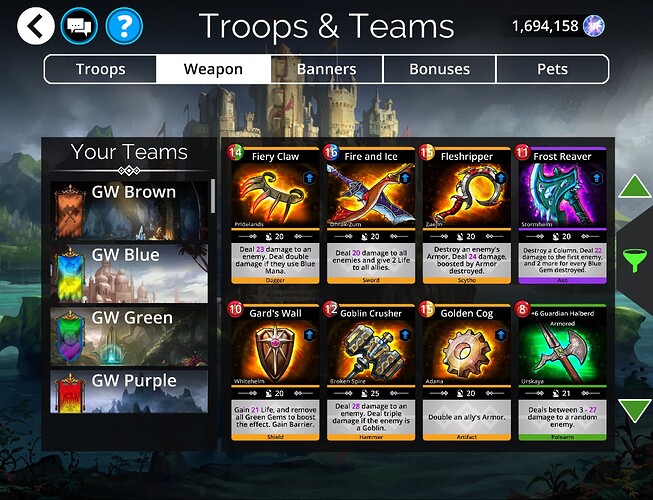 yes, I just check mine and I also haven´t it

It’s entirely missing under unowned filter for me. I thought buying it or earning it after 250 wins would activate it for players. But it looks like it’s still hidden like future weapons/troops…

That was I mean. There is no evidence of its existence anywhere in weapon menu.

Maybe… just like Sunspear, Flame Soul is not a physical object, but a magical power inside us after all.

Just kidding, I hope the Devs will look into this soon.

It’s already not worth it to buy the tier for the weapon (“spend a week’s gems to get a day’s farming reward”), this is just sprinkles on top.

Rest assured, this was tested as thoroughly as all the bug fixes in 4.0!

I don’t have it either and I paid. *sigh*

Pay to not receive get.

Anyone tried to lv up? Maybe it’s same bug than last time?

The weapon isn’t even showing in “Unowned”. It implies that, for some reason, the game doesn’t think it’s released. It’s in the game data, so it’s most certainly “a bug that will be fixed in 4.0.”

The weapon isn’t even showing in “Unowned”. It implies that, for some reason, the game doesn’t think it’s released. It’s in the game data, so it’s most certainly “a bug that will be fixed in 4.0.”

It’s just a visibility flag that didn’t get toggled, I believe they’ll push it with the Monday content, possibly even earlier.

“buy” this weapon with Major Orb of Ascension (250 wins) but he did not give it to me,level up hero and again nothing.

Glad to see I am not the only one missing the weapon.

I slogged the 250 matches for it.
It arrived via mail.
It does not appear as owned or unowned. It is invisible ! 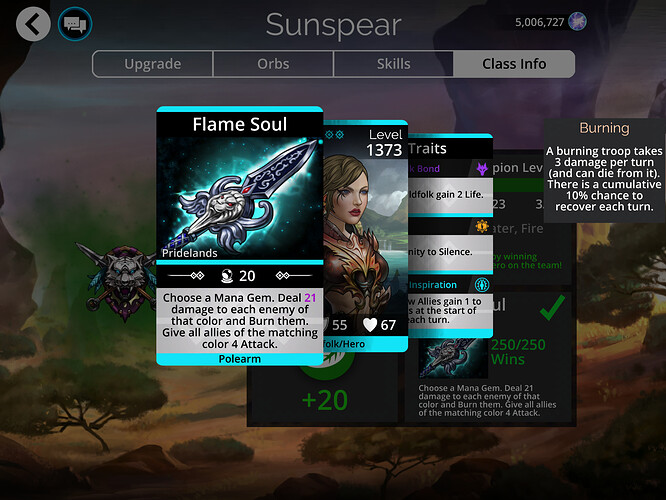 The weapon is flagged as not yet released in the login data. The client honors this by hiding it from view. Ownership is a separate flag. If you can’t see it in the client, that does not mean you don’t own it; you do, and it’ll show up once the weapon is marked as released.

OMG! I’m so-so-so pissed about it!
Close to ragequit =(
I wanna play with my new shiny toy NOW!
Did I already say how much pissed I am?

This new weapon would be nice to have on red day, assuming the client wasn’t hiding stuff from us…Also, this stuff always seems to happen on the weekends, why don’t the dev’s release these new weapons when they are around?