What are the steps to make it happen again?
Be very unlucky. The individual I was against has not appeared in my battlelog.

Do you have any screenshots or video you want to share with us so we can see the problem? Attach them to your post!
I sure do… Though I didn’t notice straight away hence my souls and gold. 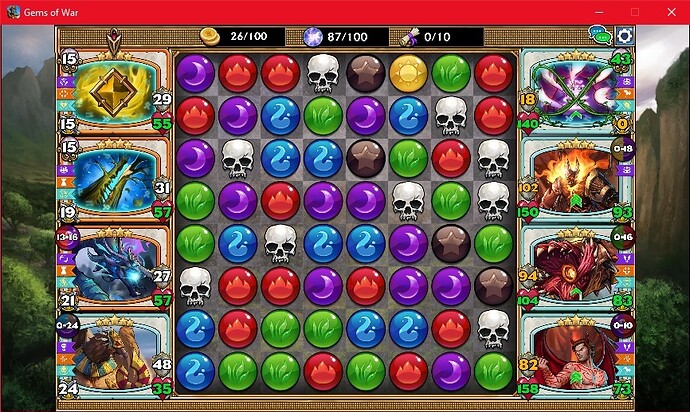 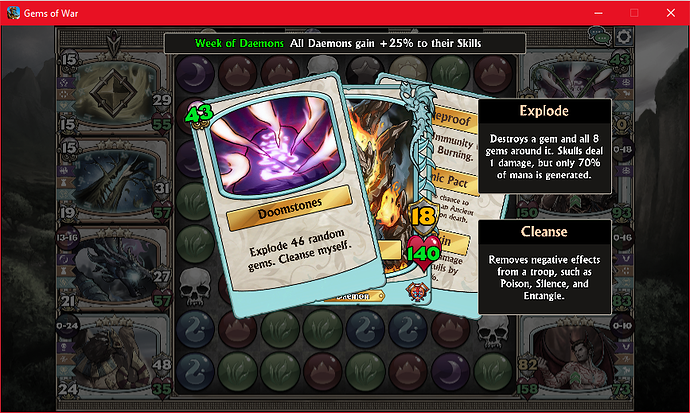 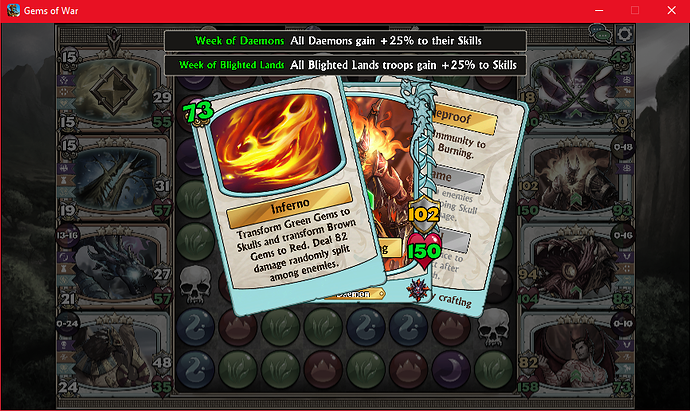 I know you get kingdom bonus’ and the event bonus’ but this seems a little excessive. Plus IK isn’t even fully traited.

I really hope I’m not being thick, but none of those troops boost stats at all. Unless I cast my own Humility a bunch and he was working for the other team…

When I see this kind of post, I’m usually able to proove people that this is a normal battle and not a ranked one (= Warlord 4 bonus applied to ennemy troops), by showing them how every stats is a multiple of 3, but here, with the troop bonus (4 deamon, 2 blighted lands) plus the event bonus not to mention the battle already started (armor loss on the ennemy side), I won’t be able to. But believe me, I’m 100% sure you accidentally started a normal battle instead of a ranked one.

You are a star. That would be why I only got 1 trophy for the battle.

But did you win?

Of course. Pharos-Ra is a God. He doesn’t need added bonus’ like the rest.

Was the gold worth it? Playing on Warlord IV I mean.

Was the gold worth it? Playing on Warlord IV I mean.

Casual PvP rewards are reduced by 20% base of what the exact same battle would offer if you played it on ranked. Since most people play with PvP wearing Dragon Armor, their global modifier for PvP battles would be 2.0x gold. Since difficulty modifiers are additive with armor, playing a Casual PvP on Warlord IV raises this global modifier to 3.0x, which would only be 50% more gold to begin with (a 3:2 gold reward ratio), but you are earning 20% less base than a comparable ranked battle (not to mention less trophies and glory) bringing the gold reward ratio down to 2.4:2.

The end result is that you would earn only 20% more gold for playing a Warlord IV casual PvP than you would for playing a comparable Ranked - and the enemies have three times the stats. You’d need to be on Warlord II just to break even on the amount of gold you’d earn for a given Casual PvP match versus a ranked. And the ratio is even worse if you have VIP levels that give gold gain. Also, I’m not sure if it is still around, but there existed a bug where any summon of a troop that was on the original team gets the difficulty bonus applied again when it is summoned - and Infernal King’s immortal counts for this (so you’d be facing an Infernal King 3x as strong as it appears above, or 13.5 times normal stats, if it revived).

So, in general, no, it is not worth the gold.

I’ve only tried Casual PvP once, on the “hard” option, and found it much harder than a normal 3-trophy PvP session! In retrospect the Difficulty setting might have had something to do with it.

Yes casual won’t show up on your battle log.