Also might want to consider retreating from battles until you find a Cursed Gnome, if you’re only concerned with Runes anyway.

Such gameplay, much wow.

I would like to buy 150 runes with 10-15 vault keys. Thank you. I think thats about the amount of runes i lost during the weekend because of the forced vault key drops.

Got 3 vault keys from cursed gnomes after they were supposedly removed,the fix didn’t work

I feel a 40% gold nerf incoming because players utilized the retreat button as it was intended, like they did with cpvp.

Secondly, to celebrate the holidays we will be increasing the chance of Cursed Gnomes appearing. This will run for the next 2 weeks.

In which modes are they increased? Explores only - or also PvP?

You can find them in Arena. Just got one yesterday.

@OminousGMan
and another lie from you: they were increased during vault weekend, that’s it.
i used some GAPs now and they are heavily decreased, i can see even more band gnomes in a GAP than curse gnomes. and yes i did speed GAPs, so a lot of battles.
increased now? where? arena? pvp? explore?
can pls some paying players do sth against this illegal behaviour all the time?
my lawyer would only tell me, that i’m a masochist as a f2p player by investing my time in a game where devs betray all day long.

They originally said that the drop rate would not be increased for GAP just other game modes. They didn’t specify whether this was true for the extension but I assume it is. The rate was OK during the Vault event but it’s hard to tell if it is still elevated because the base drop rate is so low outside a vault event

Just following up on this with more information:

Correct about the heavily decreased encounter chance since after vault event ended.

Everyone playing vault event (I mean “really” playing it) will have noticed that! And just as a reminder: “currently”, for another week (if we believe the empty words of past announcements), we got an “increased encounter-rate compared to normal”. So after another 7 days or so from now on (judging by the current awfully low encounter-rate) they shouldn’t appear at all anymore due to another severe decrease of the encounter rate that they view as “normal” which will make it nearly impossible to collect cursed runes.

I have to admit, I don’t care that much - for now - I farmed it all (drenza, weapons, myth pet)… It was clear at some point how bad the situation is and I had the time to act accordingly during vault event and I just played more than I would’ve otherwise.

What I really don’t understand is how slow the minds have to work if it isn’t possible to implement a fair option of a cursed gnome appearing after [insert amount of matches] have been played. Clearly you manage to do restrictions, so they won’t spawn in faction runs for example, so why not make certain stuff “fair and transparent” for everyone - even with a small counter? Clearly this is also implemtend (see useless pvp def revenge rewards). I really don’t understand how a company can be so recalcitrant and stubborn.

Additional chance instead of multiplicative chance? Are you kidding me? I can program better in my sleep, for real.

And no extra vault event, why am I not surprised. Not that it matters to me personally since I’m barely paying attention. (Evidence to the contrary, I know.)

The chances of the Cursed Gnomes appearing has been increased now? I ask because I can’t find any.

Which modes? Done explore and PvP here, not a single one.

Is that change going to (accidentally) ruin the Vault Key rates/chances for the rest of the gnomes?

Oh no, @Kafka please don’t touch the vault event. That is the only event, that is working properly. I am on the verge of quitting too. I was just lucky to find a guild without a GW requirement and min event participation. Otherwise, I am guild-less too. 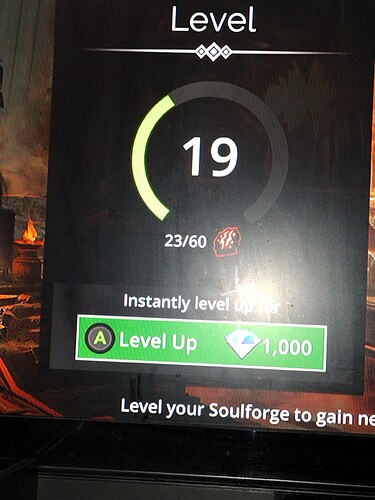 And a couple through gap.

So it is doable. Just need to grind.
I think all the players moaning are the payers.
As now having to Grind means you can’t pay to win lol.
Oops

Out of 200 battles, How many runes you’ve got? Please read the thread. Not all complaining players are ($$$) game supporters.

I just did a GaP and got more Cursed Gnomes than during the Vault Event.

Of course, we will get less Cursed Gnomes outside GaP as Vault Event increases the % of Gnome appearing.

I think all the players moaning are the payers.

Please read the whole thread! … to maybe grasp the problem of the situation.

This has nothing to do with money. This is about IP2 not keeping their word plain and simple.