Still zero and I have played over 800 games . Def something wrong my wife plays less than 100 and boom she gets a cursed gnome, it’s like they exist for some but not others

So cursed gnomes are now Krampus (which comes up cursed when board starts) and that just gives a bonus of 5 glory???

This is good analysis, imo.

To me, it seems like the best solution is therefore to dramatically increase the rate of Cursed Gnomes – perhaps this could even be player-activated at certain intervals, e.g. for the next [2] hours after completing the first Dungeon battle – and decrease the amount of Cursed Runes dropped per Gnome.

Essentially, make the player’s data points (i.e. encountering a Cursed Gnome) a smoother gradient rather than tiny, disparate chunks across the player base. More consistent experiences would build player trust in the content and make us more likely to continue chasing and engaging with the goal.

Whether or not the overall release of Cursed Runes needs to be faster or slower is a separate question.

Seems similar was suggested (and widely acknowledged) here, and kudos:

… being unpredictable with resources.

You could’ve just made runes more common and increased prices accordingly. Not that I agree with your decade long schedule (lol)…

But that at least would’ve created a sense of progression - small goals to work towards.

It’s my impression that y’all are following the wrong numbers to determine if the developers kept their pledge. Here’s my reasoning:

I believe the game rolls to see if a Battlecrasher will happen first. On weeks like this, it would check Gnomes first and then the designated battlecrasher (Ragnagord/Krampus) only if the first check comes back negative for gnomes.

And it’s only after the game decides a Gnome is going to pop into your battle that it makes a second check to determine which gnome. Not one larger check where it’s “1% to yield a gnome, broken down as follows: Treasure Gnome (a%), Pest Gnome (b%), Glory Gnome (c%), et cetera”. But the 1% check for a gnome, and then a second roll to determine which specific guy shows up. And that second roll may not be evenly weighted, but may prefer certain Gnome types to other Gnome types and may even vary across game modes.

It’s not that I view the total eligible battles fought as a useless piece of information. I just think it’s being used wrongly. That number can be used to try and figure out if a player is getting particularly lucky or particularly unlucky with his/her Gnome appearance rate. But I think it’s the Gnome appearances and the comparison to a particular Gnome type that would yield a better judgment on what did or did not happen.

And even then, you probably need a data dump from a lot of active players. (Or from the developers, not that I’d hold my breath for that to happen.) Because you almost certainly need a hideously large sample size to give more of a mathematical/analytical/statistical verdict as opposed to a bunch of people simply reacting to their own lesser numbers that might be “noise” or “luck” or something completely indistinguishable from “normal”.

To me, it seems like the best solution is therefore to dramatically increase the rate of Cursed Gnomes…and decrease the amount of Cursed Runes dropped per Gnome.

No thanks. That would mean less rewards overall. Still get the same # of cursed runes in x timeframe but less of the other gnomes.

The Cursed Gnome should be called the Ghost Gnome. We talk about it, but we can’t see it. 50% increase, REALLY?! 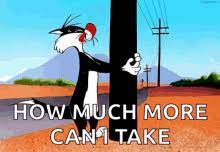 True, I guess I’d probably meant independently of other Gnomes, but in terms of implementing it, if you just increased the % of Gnomes that were Cursed without increasing Gnome appearance rate, you’d get less rewards overall, yeah.

So what I’d ideally suggest would be for in the Cursed Gnome boosted period, for overall Gnome appearance to be increased but the % chance for all Gnomes except for Cursed Gnomes to be reduced back so that their overall encounter chance is back to their normal levels. And then once the event is over, for everything to return to normal.

Alternatively, you could just add it in kind of like a Battlecrasher, so that they’re increased without affecting other Gnome appearances, and with only minor loss due to that overlap.

I think the big mistake with this update was requiring runes or gems to upgrade the forge to 20. For lv 1-10 we just needed kills or gems. I think the player base would have accepted the update much more favorably (even with the rarity of the gnomes) if this was the case.

I think its stranger to make all of the new qol crafts also require the new currency. Most of those are features that are needed in a large amount, but are pointless if locked away behind extremely rare currencies.

The new weapons and the mythic should keep the rune cost, but the rest should probably go away.

Its a situation where either gating the entry fee or gating the crafting fee makes sense, but not both.

Unless I’ve hit an extreme streak of luck, the cursed gnome spawn rate during this boosted gnome weekend seems totally fine. I encourage everyone to grind out 25 gnomes and see how many were cursed gnomes.

I may have just been lucky so far, but I’m willing to temporarily lower the pitchfork. 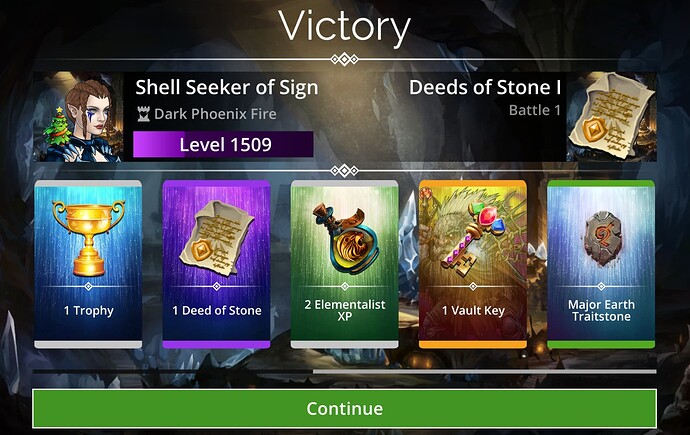 Thanks for removing VK.

I take it back.
A guildmate said his 2nd Cursed gnome drop EVK

Yes, my guildmate had a gnome dropping a VK just now. Looks like this fix is not yet implemented or not working during vault

I’ve been getting fair amount of cursed gnomes today, 4 in 2 hours. But I have a proplem, because the last one gave me absolutely nothing, or were my fingers so fast that I was looking at rewards from the next battle… Just how many runes have we got from mails now? I have 51 runes in inventory, forge at lvl 11… 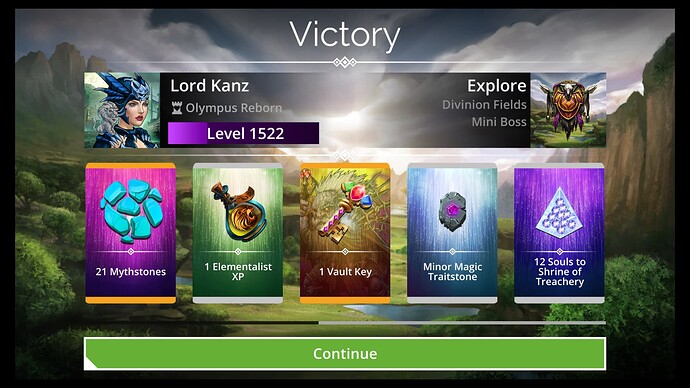 I am also getting vaults keys. This is not cool