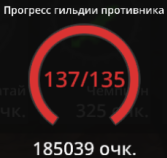 You can see that the enemy made 137 attempts. Although he had only 135 attempts. How is this possible?

Someone probably left after doing 2 of their battles

But did you know that one reasons why guilds don’t get properly promoted is because a team that didn’t play that week returns from a break and then pushs everyone down a spot.

So the way to avoid relegation is to just not play that week if you’re a top guild, and then return the following week

Then you take the place of a guild who played while you were away and won their league for not a lot of reason in reality.

So participation counts for nothing really officially lol.

At the beginning of the day, they had 135 attempts. And although today we won, this situation raises concerns.

The denominator does not show how many ‘eligible’ players for the daily Guild War, but rather how many currently in the guild. Obviously someone left.

There is no need for concern. It should show eligible players as that would be intuitive, but it doesn’t.

One of those numbers (the one on the left) is an actual count of things that happened. The other number (the one on the right) represents a calculated maximum based on what nerds would call “volatile information”. You can read it as:

“Current” is the important word there. Imagine this sequence of events:

Honestly there’s not a super good way for the code to handle it and keep the fraction “balanced”. It’d be just as wrong to adjust the number downwards when people leave, and the complexity of trying to “take away” their results is high (not to mention that’d be a useful griefing vector.)

quite clearly it is stated that they started with 135 available.

why is everyone pretending something different?

Its become pretty clear that holidaying allows division fixing, so midweek joining is just more of the same.

Because it doesn’t mean they started with 135, it means they ended with it. It was explained very clearly above. Week before last we had a guy leave on sunday after doing his fights. So at the beginning of that day, our opponents would see we had 150 fights available, but if they looked before reset it would show 145. That doesn’t mean there’s funny business, it means a member left the guild after doing their fights. In the case you’ve shown, the person didn’t do all 5 fights, so it’s 137/135 when it would have been 140/135 had they done them all before leaving (or being kicked). No one is pretending anything, many of us have seen it happen, both with our guild and with opponents, so we’re trying to explain it so you understand why it’s like that.

Thanks. I was going to reply to the ‘pretender’ comment myself, but then recalled the best posting here all week. 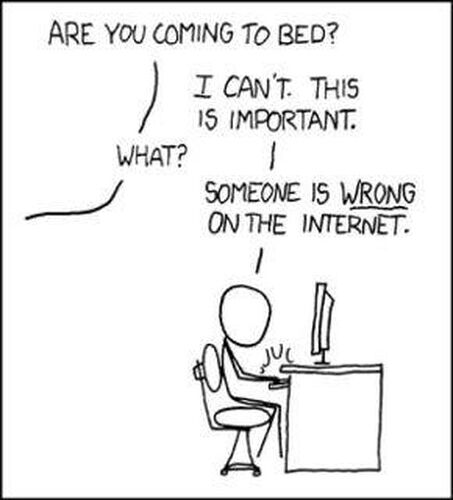 So at the beginning of that day, they saw 135 -that’s what said.

if everyone - not in a holiday guild this week - wants to rewrite ‘At the beginning of the day, they had 135 attempts’

so be it . plenty of people rewrite stuff and then post stupid pictures

so unless you were a member of the guild that saw the match count 'At the beginning of the day you are in reality guessing.