Who got the most troops?

If your head spins make sure someone gets on video. It will be a big hit and go viral on Youtube. Look how big the movie scene in “The Exorcist” was.

Just wanted to say that you will NOT need troops for crafting!

I am so sorry I missed @Sirrian!
But so glad that he dropped by and dished out all the good nuggets!!

Come back and visit whenever you can!!!

Just wanted to say that you will NOT need troops for crafting!

Any plans for extra base Mythic? I don’t have many extra copies on base Mythic but me personally don’t want to disenchant them for just 150 souls.

I agree ZK. I can’t even hold all these Jotnars. It would be great if I could exchange some for the new resource…

Just wanted to say that I was right and @lyya was wrong. Sort of.

Hasn’t happened before and won’t happen again, so I’m basking in that Glory for a sharp short sweet moment of exultation…

Just wanted to say that I was right and @lyya was wrong. Sort of.

(For the record, all I said was, “Better safe than sorry.”

Yeah i don’t see anything wrong in what she said , she only said why take the risk if you have enough troop and souls

I hope this crafting system runs on major trait
stones…

I hope this crafting system runs on major trait
stones…

Made me literally lol 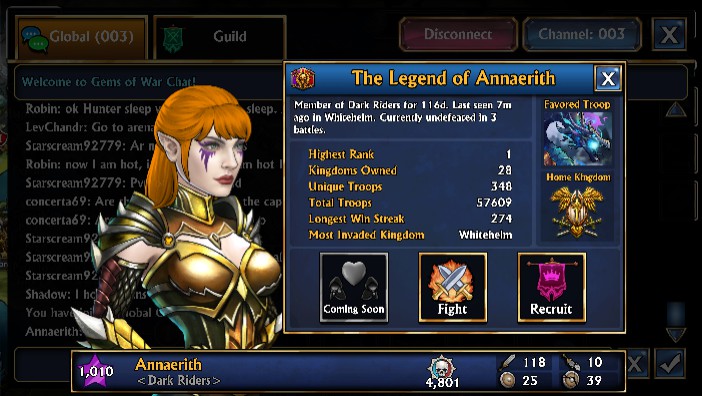 only half as many as you @Rickygervais

Crafting is a big system, with a whole new game-mode attached

As much as I am looking forward to crafting, the “new game mode” makes me a little apprehensive. The last thing we want is another Guild Wars situation where people feel obligated to engage in a side game mode entirely because it is the only way to unlock something needed for the game proper (as is for most people in the case of any mythics missed during their exclusive period), especially if it has the potential to dominate most of your gameplay time. I just hope whatever it is incorporates your own troops/teams/skill bonuses so that one goal feeds the other instead of being majorly disconnected from the rest of the game, like Treasure Hunt.

But double the amount I have 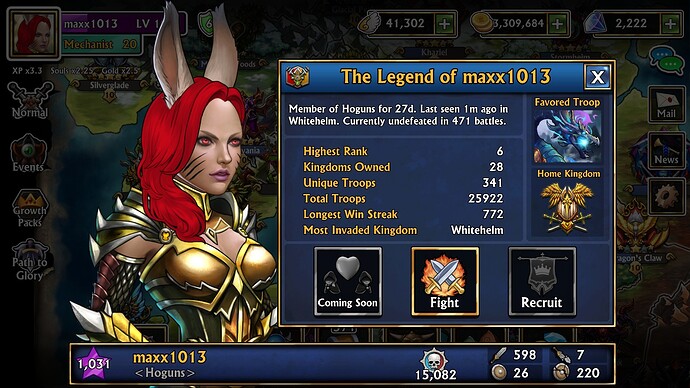