More detailed post to come when I have more time and am less tired — but for now: 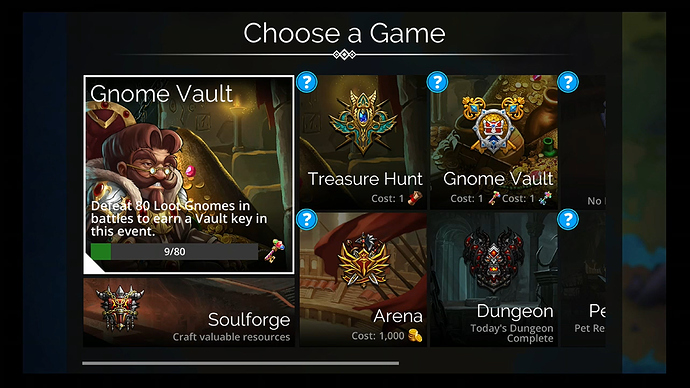 609 Gnomes (610 by the time I started typing this up)
47 Vault Keys
15 Pity Vault Keys
0 Epic Vault Keys
Stopped tracking type of gnomes by day 3 since I knew I was going to get angry by this whole thing.

Had under 2k trophies before the start of the Vault event.
Didn’t get an Epic Vault Key last time.

I guess I didn’t play enough to get an Epic Vault Key.
Or maybe I should have paid money for their Epic Vault Key… oh wait, that isn’t available yet.

I’ve already tried opening 191 Vault Keys around the last Vault Event. I’m having no luck at all with this

You know what else has 10% in Gems of War? Using 1 Gold Ring to upgrade Horde Quality in delves. Would I ever fail upgrading Hoard level with a Gold Ring 60+ times in a row? Absolutely not.

Total from this event and last event for me:
700 gnomes
57 vault keys (not including pity keys)
0 epic

Xbox achievement hasn’t moved all weekend still sitting on 0.03% How long will the devs continue to be silent? This could be the proverbial straw for me that gives me the push I need to finally quit this game. If they put one in a flash offer that will do me in for sure.

This could be the proverbial straw for me that gives me the push I need to finally quit this game. If they put one in a flash offer that will do me for sure.

This is how I feel, too. Between this event and the last one, I’ve spent over 30 hours getting over 60 keys, playing a mode that is frustratingly designed that crashes the entire game constantly.

Epic vault keys aren’t even good game design. The rewards are insignificant, so all they do is make regular vault keys feel bad. They just exist to make completionists unhappy. Sorry for the negativity here, but I really wonder why I’m still playing this game.

Here’s my results. I didn’t declare it, but I intended to share however it goes, so you can count it with pre-committed I think.

1071 fights, of those 108 with gnomes, yielding 6 vault keys. I tracked the gnomes individually, but lines up with final of gnome tracker: 3/35

Of those 108 gnomes, 6 dropped vault keys. No epics. Got an extra 6 keys from the gnome tracker.

I also used 13 vault keys on Hard difficulty, no vault keys (regular or epic) dropped there. But I did get a Daemon gnome, which is what I was hoping for, so in the end, got what I hoped for from this week

I had 5 pet gnomes (I played explore mostly),

I did some pvp to get some pet battles started - 111 pvp battles in total out of my 1071 recorded battles, if it matters

Tell me the secret! How are you combining being idle and achieving 13k trophies in a week?

I’m happy to track and submit Gnomes encountered, VKs and EVKs. Probs won’t be a huge amount, though.

So I didn’t really play a whole lot, but figure I may as well add my data to the aggregate anyway.

15 gnomes, 1 VK, 0 EVK, not including anything from the tracker. Screenshots and notes taken of most encounters and rewards.

I had 5 pet gnomes (I played explore mostly),

I think mitamata’s trying to say it probably would have been a bigger number of Pet Gnomes if more PvP had been played?

The secret is… very carefully

Total from this event and last event for me:
700 gnomes
57 vault keys (not including pity keys)
0 epic

Xbox achievement hasn’t moved all weekend still sitting on 0.03% How long will the devs continue to be silent? This could be the proverbial straw for me that gives me the push I need to finally quit this game. If they put one in a flash offer that will do me in for sure.

My fellow guildmates, you have been robbed by either A) Incompetent devs or B) Liars!
As I am not in their heads, its impossible for me to say its A or B but I can say with total guarantee that there is not an option C.

Just for the fun, @fleg you had same probability to receive 13 EVK as to receive 0 when collecting 57 VK. @Idle with 47 Vk collected, you had more chances to receive 10 EVK than to receive 0.

I wonder where are all the hard core players who received 8, 10 or 12 EVKs??? Because there should be as much hardcore players with such high numbers of EVKs than ones with 0 EVKs. ohhh wait…there cant be any as the drop rate is around 1% and not 10%…

It will be interesting to see for how much longer they will keep taking players for fools about that. 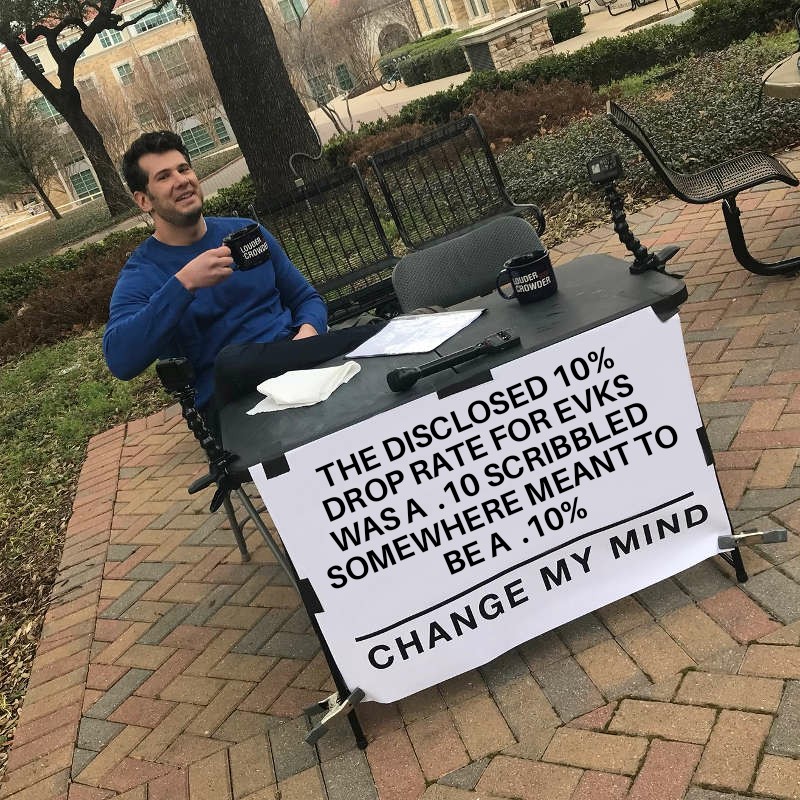 haha no im not including those. I found 77 total vault keys with 60 from gnomes and 17 from the tracker

I’ll add more data to the Google Doc and original post if more turn up, but here’s a snapshot report 4.5 hours after the event has ended.

On the face of it, unhappy people may be more inclined towards submitting after the fact, skewing the results.

One would have to believe that (normal) vault key drops are boosted by 4x - 4.4x during vault events.

Note: this event was my best at VK drop and Sunday was a gnome-fest