Valravens are not dropping sigils in the early stages

I’ve purchased Tier 3 from the shop, which gives a total of 9 sigils, plus my original 4 means I started with 13 sigils today. I have not lost yet and I’ve defeated several Valravens, but after 13 battles I’m out of sigils. Apparently the Valravens are not dropping sigils in the early stages. I wish I’d noticed as I was going along, but it’s the only explanation that makes sense. Anyone else experiencing this? 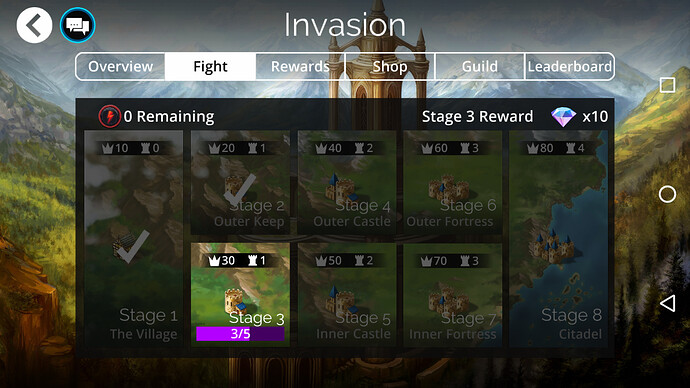 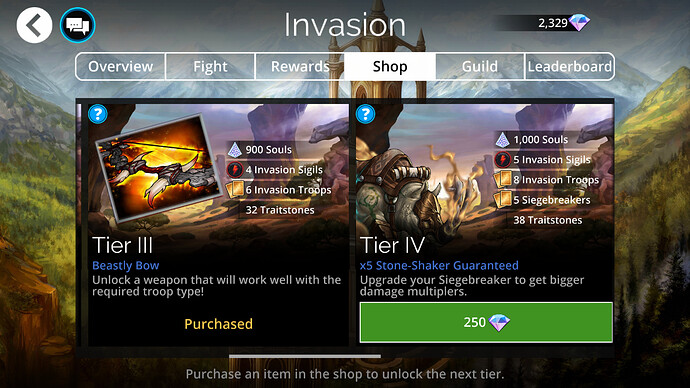 Am I missing something? Should I submit a ticket?

Happen to me the same

Submit a ticket. Happened to me in stage 4 and 5. I sent in a ticket.
I know the issue in Stage 8 was dealt with(ish).
I know the cumulative/additive total was dealt with.
I received the compensation in mail for those two issues.
This issue for earlier stages (than stage 8) is an extra problem. Maybe they can do the same ‘fix’ for all stages instead of just stage 8.

Edit: @Papa Thanks for opening a whole new thread about this!

also happened to me for the 2nd week.

its pretty obvious that the new modes are completely reliant on sigils appearing in a routine fashion for everyone in the same way.

BUT THEY DONT - and no not a whale, or a vip so i can pay for sigils with gems and still not get anywhere because no little birdies appear for me.

Both the modes are rubbish because they rely on a hidden mechanic which is neither fair or impartial.

@Cyrup is this on anyones radar?

Don’t be stupid - the hidden drop rate is part of the design like the rest of the game. Its just become more blatant.

like gnomes for example - some people get them a lot, and some rarely. That’s the outcome of a hidden mechanic in operation - its not how much you play, its a marker in your character save that determines a whole host of things.

Nice way to make your point in the most abrasive and unpleasant way possible. I will respond as follows:

Don’t be a conspiracy theorist - this is absolutely not how Valravens worked during last week’s raid event, so it’s much more likely that this is a bug and not a feature.

Now go and relax and try to be more pleasant to harmless strangers in the future.

This is fixed now

Teachers say this everyday to pupils, the police say it, sunday school teachers say it, even donald trump says it, there’s ads on tv saying it. Managers say it all the time.

So why dont you tell your kids to say to all these people they’re being abrasive and unpleasant.
Maybe they won’t get suspended. Why don’t you do it at work, to your boss?

You want to shoot the messenger and denigrate the message, fine, troll away and you ignore what was written last week in last weeks threads about non appearing birdies in this forum in Raid. No sigils last week and that happened to a lot of people. Whats another misrepresentation to someone trolling?

Fact is your save file is screened for everything, which is one reason why new players get infernus and anus drops routinely. I understand you want to cling on to some delusion about how this game works, but sadly there is no game anymore if players are not treated equally across more dimensions.

Of late no-one wants to stand up for getting a reasonable game to play, leaving just a few to argue about bad design decision making. Clearly you like the game as meaningless as it has become, but a lot of people used to enjoy playing it before the nasty hidden handicapping was introduced. If the handicapping had anything to skill or strength that wouldn’t be so bad, but it’s just about the money.

How many times have the developers said sigil drops were fixed now? And that’s after they denied/ignored the issue. Did anyone get replacement sigils, even for tickets? That would be no.

Same happened to me

We have fixed numerous Sigil dropping issues. If you’re still having a problem please don’t hesitate to report it so we can fix it, too, and compensate you! It’s a new feature, there are bound to be a few bugs, and sometimes we don’t catch them all. So I’m sorry if there are still Valraven issues but as far as we are aware we’ve fixed two in the last 48 hours, the two main ones that have been reported.

Just responded to your ticket, Papa.

Teachers say this everyday to pupils

Any teacher that says this to a kid should be fired on the spot. I’m glad I don’t see the world like you do.

Thank you for the sub 24-hour ticket response and for the compensation. Now, I’m off to let my Sunday School teacher tell me to stop being stupid. I have it on good authority that this is the most common thing in the world.

I thought you typed shot for a second. Good pun!

Dont know why you typed ‘see the world’ like its an opinion. Real life is what you experience, so try it and see what you get in the real world instead of just typing it.

ohhh if only that were true Cyrup, but it looks good on the page.