Originally published at: Staying on Track – Gems of War 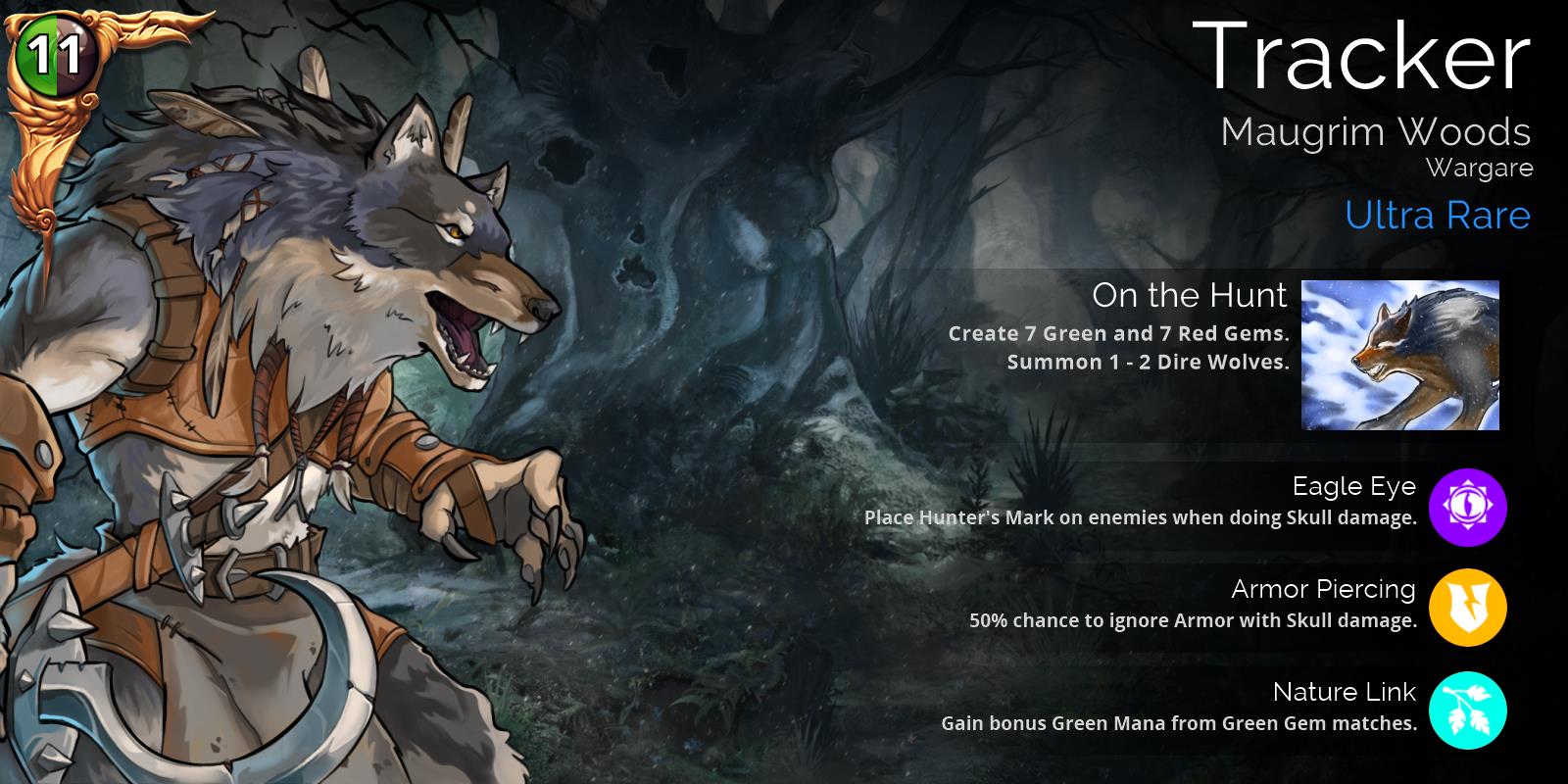 The Tracker will be available this week for 300 Glory in the shop as well as in Event Chests, and will appear in Glory, Gem, and Guild chests in 3-4 weeks’ time. 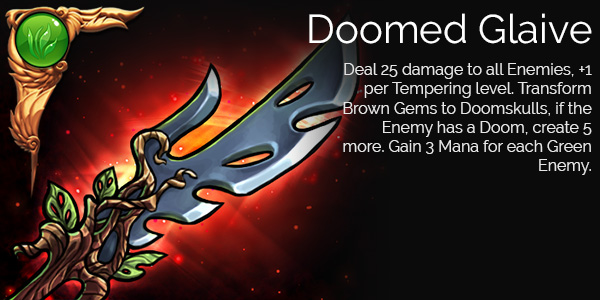 This week it will be available in both the Tower of Doom shop, and in the Soulforge.

oh wow, if it works like Webspinner does now (and it will) double skull damage with 50% chance to be true damage sounds brokenish

Create seven green and seven red seems dumb, will set up the opponent to get a 4 match too often.

Yao will be happy with this new friend

This is absolutely going to fail the Jainus Test - it will be aggravating to vs but boring to use.

At least we get another Doom weapon and the last Doom troop.

A useful Wargare? Weird. But yeah he’ll be more useful if he never casts.

At least you need to choose between armor piercing or summon. It could be very annoying if you put jar of eyes with him

I like the weapon art and I’m glad we’re back to the “Doomed weapons you actually want” cycle.

Yao will be happy with this new friend

If they are in opposing teams - YES!

What’s the difference between transform and convert? Can’t you get the peons making code to read up on the earlier weapons?

I think the more helpful way to phrase this would be to say that the current in-game description on the Doomed Glaive says ‘Convert’ instead of ‘Transform’ like the other three Doomed Weapons of its type and the preview image above.

Thank you Jonathan! That is just what i ment. It’s nice to have people around with better word skills than i have.

I miss consistency. Anyone seen it?

I only miss it sometimes.

Although it have been proven multiple times now that it’s possible to beat Level 500 using Faction team with just Hoard Level 100, this event will be a great alternative to beat it easily with Potions.

If you also aim for position on the Leaderboard, I recommend you do some planning on this sheet here.

You can customizing it all you want. Here’s some interesting information.

For players who just want to get all 8 reward stages, you should buy Tier I (30 gems) before playing for that Enchanted Potions, and able to finish it faster and easier. It’s because you usually have to beat all rooms up to Level 90, for its event Rating is just 196.16, a bit far away from desired 200.

For players who just want to get all 8 reward stages, you should buy Tier I (30 gems) before playing for that Enchanted Potions, and able to finish it faster and easier.

Thanks for reminding me. Last week I got to level 90 and then bought Tier I, wasting that potion.

As a Switch player I’m a bit confused.
We have the cactus this week, but I wonder if Tracker is available in Event Chests on switch also?
Are there plans to synch the versions some day?