Troop types appear to be missing from the latest world data. Not sure if they’re being stored elsewhere yet. 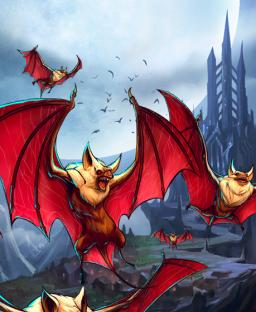 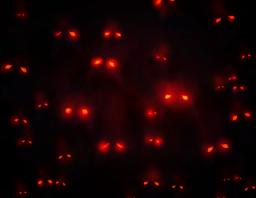 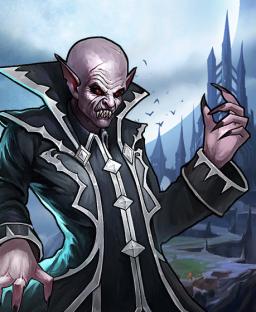 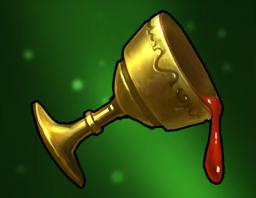 Purple/Brown): Deal [Magic + 1] true damage to an enemy. Deal double damage if there is a Darkstorm. Then transform into either a Shadow Wolf or Bat Swarm.

Bald is so beautiful it’s always love at first bite. 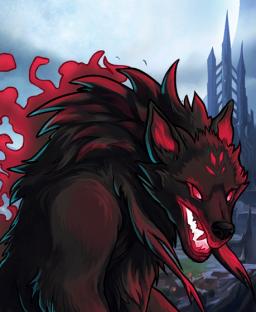 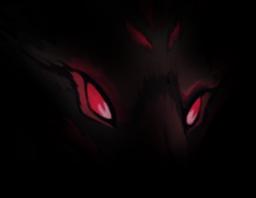 Red/Purple): Deal [Magic + 4] damage to the first 2 enemies. Place Hunter’s Mark and Death Mark on them. Then transform into a Nosferatu.

Scheduled for 10/30/2017. All future troop details are subject to change at any time.

Hmm is Shadow Wolf and UmberWolf supposed to be the same Troop?

My guess is Yes. Subject to change, blah blah.

Yes, it is. Confirmed the spell mechanic. Looks like a text error that will likely be corrected for release.

Why all of them are Stealthy? What’s great with transformers is that they can take damage and then regen when transforming. With Stealthy, they will get less targeted by the AI so less useful…

It seems that Umberwolf is there to give a Darkstorm to Nosferatu… and that’s all.
Umberwolf’s spell is meh for a Legendary troop:

It seems better to keep him just for his 3rd trait and so on, never cast him…

Why not (all of the points of the same time):

Bats are stealthy, and all 3 are supposed to be the same troop, so it kinda makes sense.

Also the Stealthy trait will be useful as long as Krystenax and The Dragon Soul is still running around. Now if we ever get a legendary/mythic that submerges a random troop on 4/5 match though, that’d make it a tough nut to crack.

The Umberwolf spell makes no sense to me, and I don’t get why Nosferatu is an Epic and not the Legendary base

Just wondering… Already swamp raptor, “smiledon”, “dimetrodon” (both from prideland) and soon mosasaurus. Apparently some prehistoric beast live in krystaras. So in the future is there a “lost world” kingdom who will appear? Not very original, but might be fun to have this kind of kingdom, full of extinct animal. And if it’s happening, i hope to see beast like diplodocus, giganotosaurus (yeah Trex is small player compare to him

Given how microscopic long troop names now are on Mobile, please no

(I keeed, a dino kingdom would be fun!)

If Umberwolf transforms into a Nosferatu when it casts, wouldn’t that mean that the Penumbra trait would be lost for the rest of the match once Shadow Hunt is cast once (assuming that a Shadow Wolf is not an Umberwolf and therefore Nosfaratus can’t transform back into an Umberwolf)?

Or is that a typo and Shadow Wolf = Umberwolf?

Bats are stealthy, and all 3 are supposed to be the same troop, so it kinda makes sense.

My point was more than the transformers are good meat bag (because they can regen when transforming).
So if they cannot be targeted by spells, they are less good meat bag…
For me: efficiency of the troops > lore

Also the Stealthy trait will be useful as long as Krystenax and The Dragon Soul is still running around.

I didn’t know that Stealthy protects against AoE damage…

Surely because Nosferatu cannot have the Legendary trait.

Or is that a typo and Shadow Wolf = Umberwolf?

Surely. So after using Shadow Hunt you have 50% chance to have back an Umberwolf.

The comment about stealthy/AoE was more in the thought process that those troops won’t get picked off after being softened up by AoE. With Stealthy, those troops will live longer to do what its designed to do.

I see those troops as really hard to kill, because you can’t quick focus those targets and have to rely on AoE to kill them before they transform. Not all transform needs to be meatshields… I’d imagine how much better Sunbird would be if it had Stealthy.

And yeah, Nosferatu can’t have the Legendary trait as an Epic, but why is it NOT the Legendary troop in the first place and swap spells and traits from there. Why is some random wolf the Legendary and the actual named vampire is just an Epic guy?

Well we do have some random octopus as a legendary. Granted he/she is a big one.

The Kraken is based on legend, so that one makes sense. 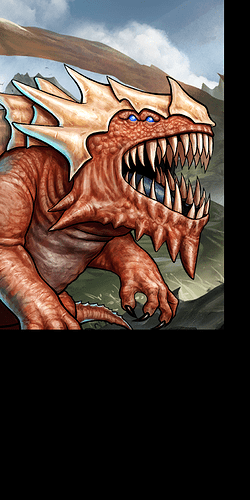 I don’t know his name… but he’s coming from Wild Plains, surely Ultra-Rare.

EDIT: it seems it will be his name will be “Bulette”.

I don’t know this name too, but I guess this parent have spending too much time in blighted land for
having a “baby” like this…

U blew my mind

Rather then me posting spoilers here I have created a webpage you are all invited to use and will always be up to date. The page will automatically pull the data from GoW files and put up as much information as it finds. This will also have full size graphic files so you can use them for art work and other things you might wish. I hope some of you find this useful and thanks for everyone here who has shared with me over the years.
Link: http://www.taransworld.com/

Thank you for this. I rather enjoy the spoilers posted here though and the discussions going along with them and hope they will keep coming.