Queen Mab has been nerfed through remove the magic bonus to her damage, that’s that, game gotta balance.
But can we have a more useful second trait for her then her current “Arcane” trait?
Originally this trait helps with her spell damage, now this trait does nothing for her.
I do not think 1 less trait (useless) is part of the intended nerf, please kindly rectify this.

I hadn’t even noticed this. When did that change happen?

I’m not particularly sure, i notice this about 2 weeks back.

That never happened. Mana Burn damage is based on the magic of your troop + the mana the enemy troop is holding. Arcane gives Queen Mab one magic any time someone on your side casts, Queen Mab included (applied before spell cast).

Edit: oh, hey, a tooltip for Mana Burn. It now explicitly includes the caster’s magic stat in the spell effect. Wonder when that change happened. 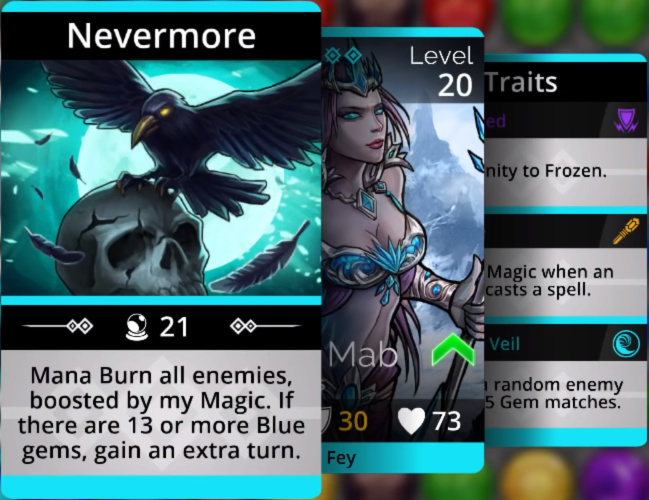 Oh? i gonna go check it out!
Edit: You’re right, the mana burn definition is updated.
Then this is a non issue, lemme try to figure out how to close this topic.
Really wish they give us a comprehensive changelog though, i know neither when they change mab’s text, nor when they change the mana burn text.
Edit 2: no idea on how to close a topic, i’ll just mark it on the title