It’s hilarious how many pets Shentang already got while other kingdoms hadnt had enough to even get the required amount for power level previously (Pan’s Vale till Faunette release i.e.) if you exclude the cosmetics!
14 total
7 of those are even cosmetics and 5 are just for specific troops 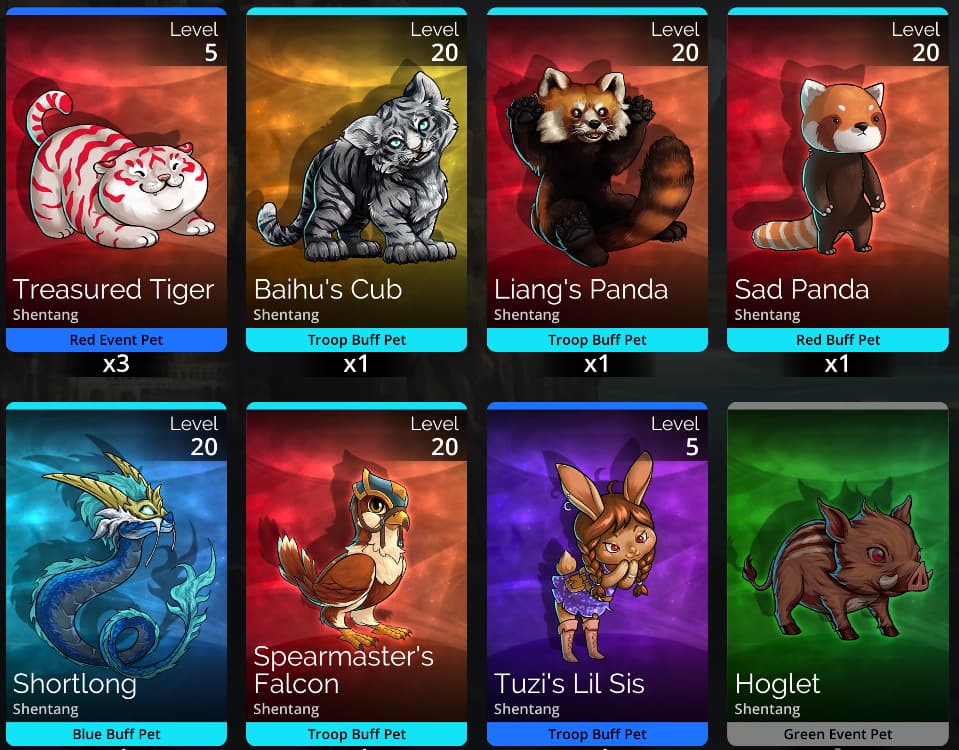 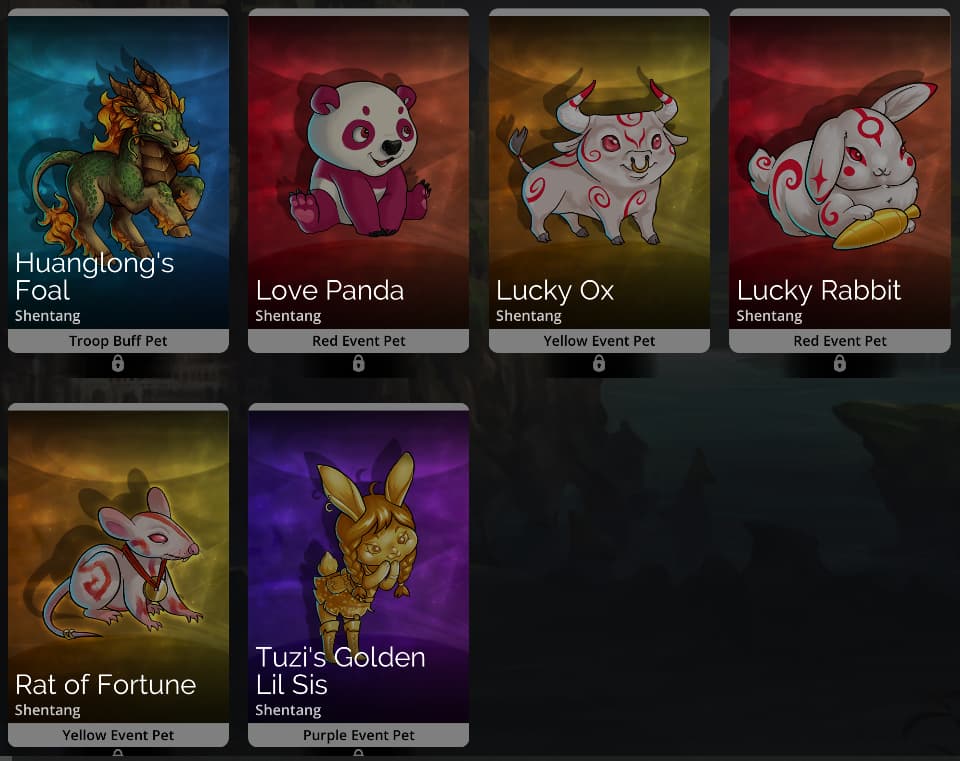 Edit: Missed to restart the game before I took the screnshot at first

On the other hand, until recently it was mostly single event pets. If you missed them (or did not max them at the events), you were left with only one kingdom and one underworld pet.
Shentang was the one to drag behind forever, so the broadside of a bunch of kingdom rerun pets was direly needed.

All the Chinese New Year pets go to Shentang, it makes almost a third of them. Then two are from a special event all the kingdoms are hopefully to get.