Seeing how the rate at which bugs are added to the game (3.72 per week) far outstrips the pace at which they’re fixed (0.07 per week), the team has decided to throw in the towel and stop attempting to fix the myriad of bugs.

Every Friday, players get to pick between one of several ways next week’s content will not work correctly.
Those who picked correctly will receive 50 gems* of compensation at the end of the week.

But! They will also forfeit their ability to open new support tickets or post on the forums for that week.
This way, the team will be able to save on support staff needing to deal with tickets, improve the game’s public perception and silence discontent.

At the same time - at no additional cost!

The following options will be available for players to choose from:

a) The game will crash or be left in an unplayable state when trying out new content.
b) The underlying math is off or incomplete and causes new content to be inaccessible or malfunction.
c) The content added brings back bugs that were fixed several patches ago.
d) A troop introduces a new, buggy mechanic, only for that mechanic to get swapped out for an older one shortly after release.

*: 15 gems or the equivalent in ingots. The remainder can be unlocked in the Soulforge for 50 diamonds.**
**: Offer only valid until you’re done reading this post. 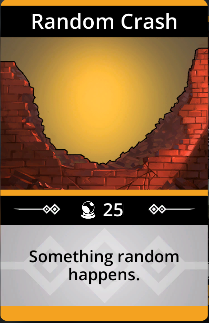 seems they have been letting mongo do the coding

e) all of the above.

seems they have been letting mongo do the coding

Someone ought to make a thread simply listing the bugs that haven’t been fixed yet, and updating it each week. I wonder how long that would be.

Someone ought to make a thread simply listing the bugs that haven’t been fixed yet,

I just change the “All Categories” filter to “Bug Reports” in this forum. For occasional amusement.

Someone ought to make a thread simply listing the bugs that haven’t been fixed yet, and updating it each week. I wonder how long that would be.

I was going to mail them a printed copy of all outstanding bugs in protest, but the printer shop called me back, giving me a stern warning.

“Deforesting such a large chunk of the Amazon forest constitutes a serious crime against the environment.”

Thanks for the chuckle

Maybe they have a matrix on how many new topics are created on the forums.
With each new bug, there are a minimum of two topics on it.
They are hitting their numbers every week!