I’ve also found that the glory (and gold and souls) amounts are much higher than they should be due to the yellow statue bonus.

I think @Fourdottwoone nailed it here: The Mystery of the Amazing Tribute - #31 by Fourdottwoone

Instead of what we’d expect:

it seems to actually be implemented as

I think this assertion is the source of confusion. I think the multiplier ends up being worth way more than 28.5%.

You can check my math and let me know if I messed anything up:

I think this assertion is the source of confusion. I think the multiplier ends up being worth way more than 28.5%.

I agree, the way I approached the multiplier was way too simplified. I assumed it’s entirely separated from the tribute amounts until the very end. The way you presented in the table makes a lot more sense (especially in the light of those screenshots showing tributes above what my “idea” could explain) and creates new questions

like: do the tributes always follow some specific order in the formula (alphabetical, or from the smallest tribute, or from the biggest, or according to which kingdom was leveled first) or it’s entirely random (that alone would add a whole new layer of RNG on the overall tribute reward numbers).

Thank you for sharing that. That’s an interesting idea, that it’s possible to get 500’ish glory from tributes if the stars align (your example used the data specific to the case we were talking about, the actual potential is still a bit higher - as I wrote before, 237 glory from 12 kingdoms, instead of 219), fun fun.

I am on mobile but cannot see the formula used

I am on mobile but cannot see the formula used 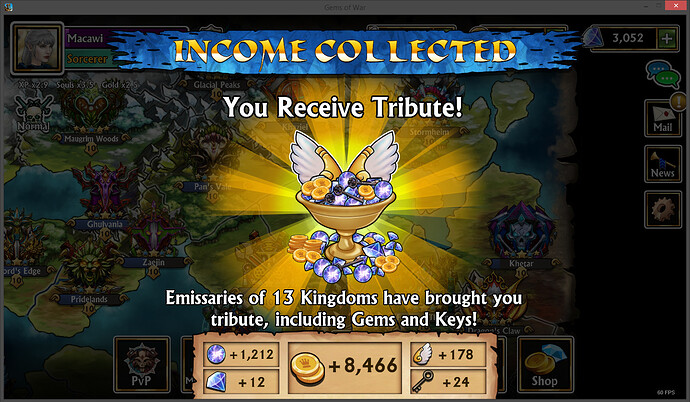 Not the most glory of the lot but it’s the most kingdoms that I have received emissaries for at one time. 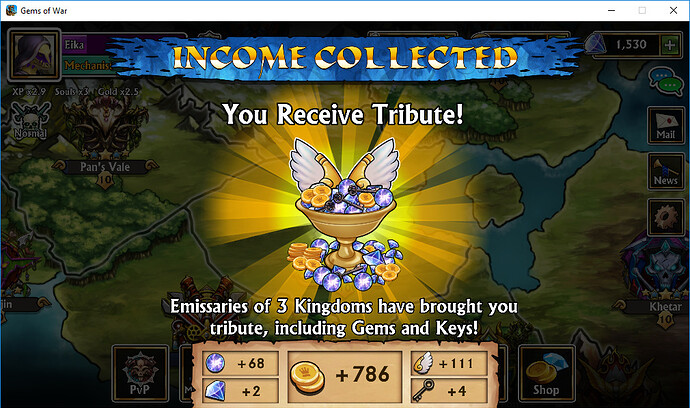 Thought I do post it, out of just a 3 kingdom tribute, 111 glory, that must be pure luck. 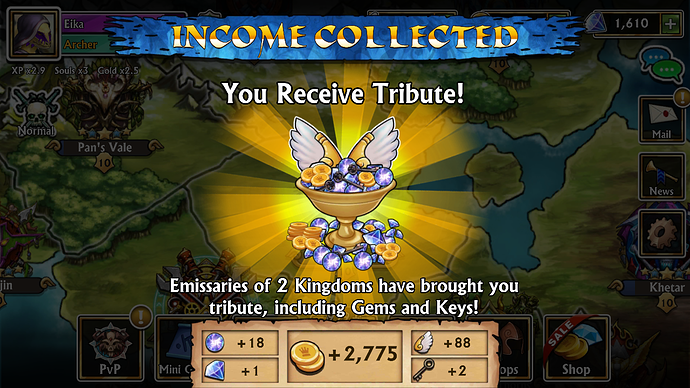 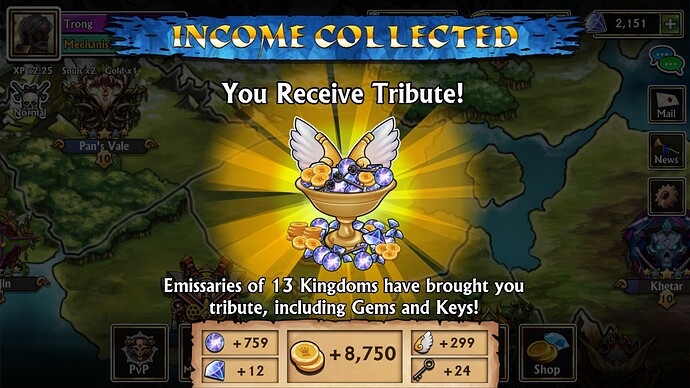 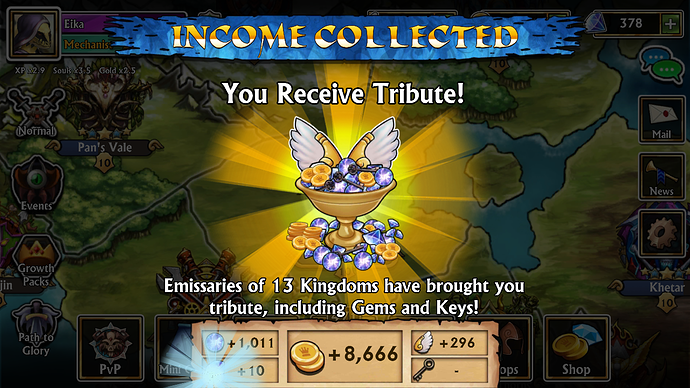 I wonder if anyone had emissaries of over 13 Kingdoms?

I wonder if anyone had emissaries of over 13 Kingdoms?

Here’s the thread for most kingdoms, with my pic of 15:

I don’t remember ever seeing a 15 kingdom tribute, so here’s mine: [image]

The gauntlet has been thrown down and now the race is on for a 16 kingdom tribute.

I am in for the challenge, hope to be the first reaching it.

But I hope I will be able to take down Trongs record of 338 Glory, first… 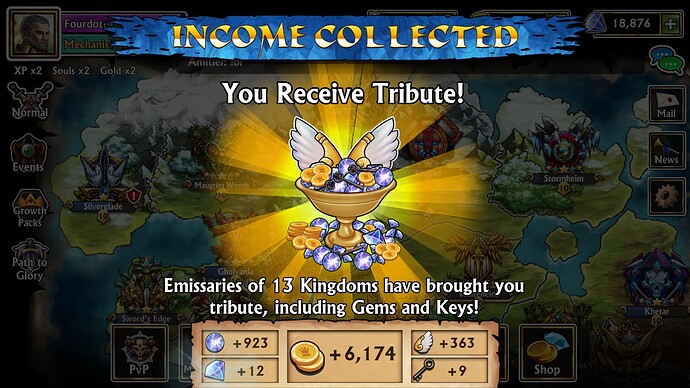 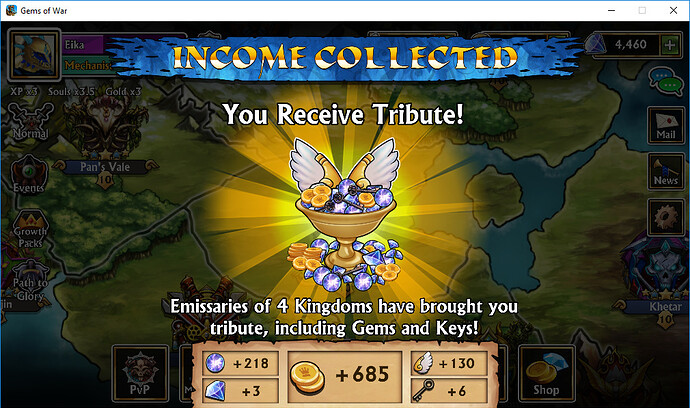 Then I get an 8 kingdom tribute with less than 40 glory. sigh