I would like a place for more tangible stuff (like the rare instances of numbers in those threads here and there).

One sidenote about my brother’s set - it starts from the point where he began counting boss chests. There were additional 122 mimic/17 hoard mimic chests (no Hoard Mimic troop drop) before that are not included in the set because of not having boss chest number.

@Dust_Angel worth to mention that right after the release the drop was a lot better than it has been the last weeks. So maybe start with your datas all over again?

My stats so far:

Thanks to everybody who has contributed so far.

Here is my raw data

right after the release the drop was a lot better than it has been the last weeks.

This is exactly what I was talking about - is this just a conjecture or can you show anything more than simply words? What does “right after the release mean”? How long is “last few weeks”? What are the numbers for “a lot better” - double, triple, quadruple?

I have no problem writing another thousand chests separately out of curiosity so I’ll do it and let’s see what happens when I get that far.

Thanks for providing the data. I doubt there is a bias towards playing more chests in a row having more mimic chests vs ppl playing 4 boss chests a day having less or even 0 mimic chests. Maybe the game algorithm checks previous battles and has adjustments as the numbers go up whereas if you only do 4 boss chests a day then the next day your previous stats sort of resets.

Correct. I completed all 35 kingdoms to boss chest, then opened all boss chests one after the other (made it easier to log data accurately).

is this just a conjecture or can you show anything more than simply words?

Several players collected some data in the early days, which can be found on a few threads:

The chance to encounter a mimic chest seems to be too low. We will need tons of tokens to medal troops, that was nearly impossible with the old explore mode. Mimic chests do x2 or x5 the rewards…but if you hardly ever encounter them I don’t see how we are able to upgrade our troops more quickly. If the intention was to provide us with more tokens, then please also configure a better drop rate. Perhaps 33% for the x2 chest and 10% for the x5 chest. Btw, I love the idea where new mythics drop…

Stages to get the Hoard Mimic & it's probability

Did get a 5x nysha on one of the hoards

I stop searching for it 3 weeks ago 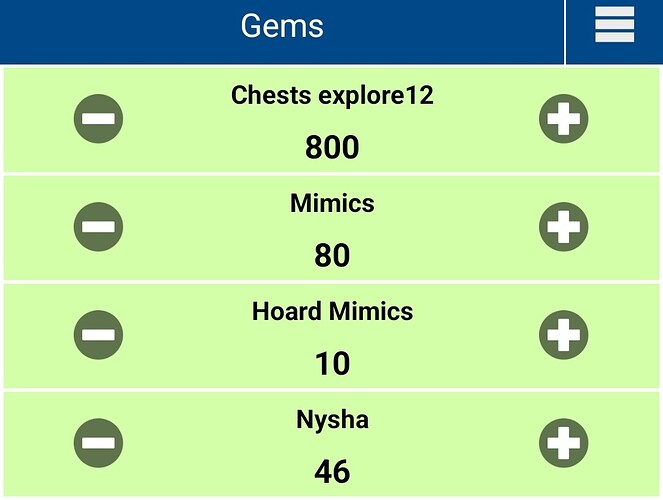 Exactly 10% on the 2x mimics.
I got 6 bonus nyshas from mimics so exactly 5% on nysha droprate too.

how much Hoard Mimics can a player have at the same time?
there is a suspicion that not more than one, more than 200ta chests in the same kingdom clearly hint at this possibility…

It’s a troop, so I would assume unlimited… if you really have the time/sanity for that.

Already saw someone with 3 of them in pvp defense

also thought that these chests, as well as double chests, then you can definitely put them in all 35 kingdoms - and then at one time to sit down and open.

But two weeks of one kingdom made me doubt…

I’ve been through this 2 times already, when all the kingdoms have second mimics. The first time it was 5, the second time - three times looked improved.

And the game, I see, says to me - but there’s no reason to be so sly, to have more than one mimic x5…

This is the essence of the question - HAVE EVER had more than one x5 mimic ready for battle, not in a squad, but on the map.

I hope I was able to convey the idea that I think the game is limited to no more than one mimic, ready to fight, on the map.

And sorry for the sloppiness in the text - the translator is on the case.

Oh, sorry, that is my misunderstanding.

You are not asking about the troop but if the battle could appear in many kingdoms at the same time.

Honestly, I do not know. I do not have the patience to even test that. 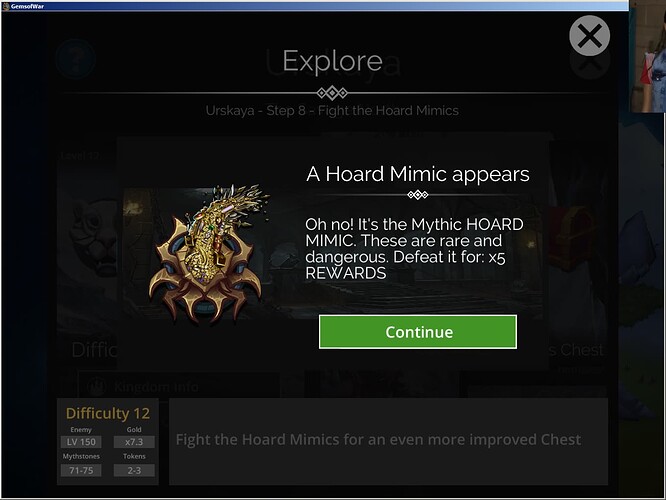 You can get more than one, it’s just long and boring. 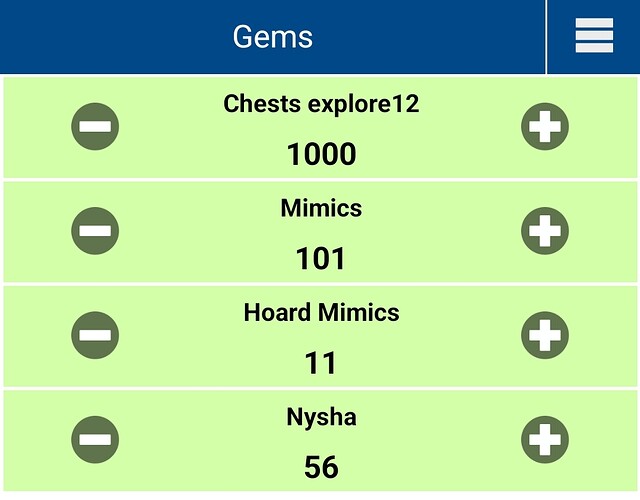 Alright that’s my 1000 chests done. Going to stop tracking now. 7 bonus nyshas from mimics. No hoard troop(but I already had one).
10% into 10% seem likely droprates for the mimics