Devs please up possible level requirement for Guild to 1400. A lot of guilds focused on Guild Wars and need experienced players with mythics and weapons. But during the week I have to kick players, that just reached 1000th lvl and not ready for war.

The second problem is players, who enter guilds at monday just to collect free rewards. Usually these are players less than level 1200. It has been difficult to recruit new players last weeks and it would make it a little easier. I think that 1400 will be enough for next 5 years. 4 new lines in the menu is 10-15 minutes of work. 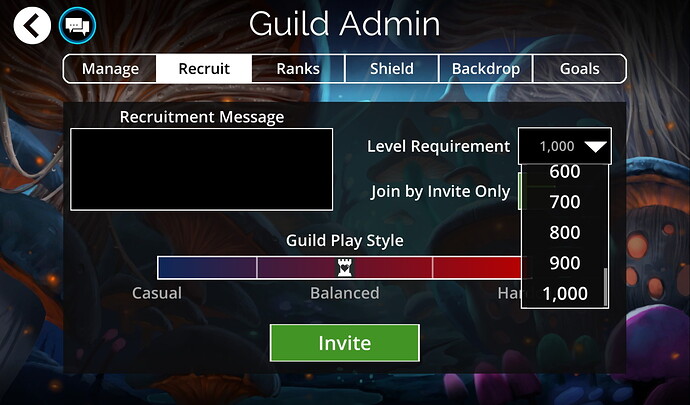 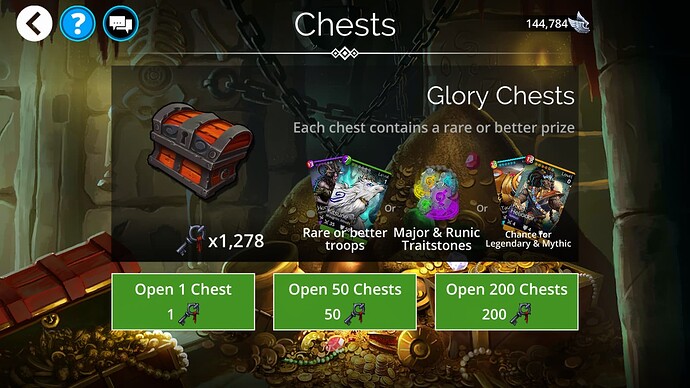 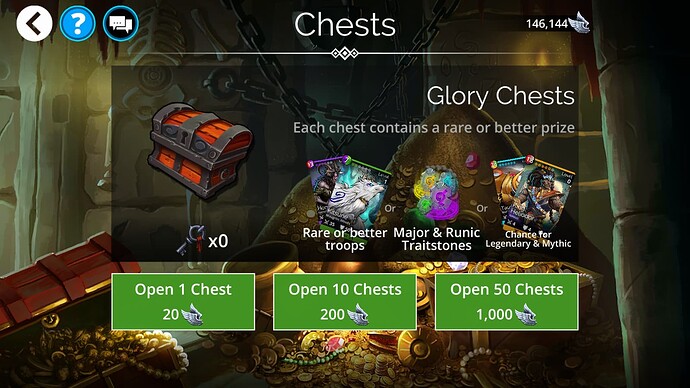 Better if you could just enter a number of your choice, rather than having to select one from a drop-down menu.

Weekly requirements can be set to huge numbers. No idea why level requirement max is still 1000 at this stage of the game

If your guild can be joined by Invite only it doesn’t really matter. Only recruit those that meet your level requirement.
If you have open invite then yes you will get those that join, contribute little, collect rewards then leave or hang around until you get out your boot.

I agree with the keys and chests. I’m a lvl 411 switch player. I’ve been in top leaderboard guilds and get about 600 keys a week. Its hard to keep opening chests non stop. If only they had more options for opening chests with keys,glory,gold,and gems.

There is a reason for limiting the amount of chests that can be opened at once. When new Mythic released, right after reset, many players opening thousands of chests at a time could maybe would crash the game. This was stated somewhere a long time ago.
It really doesnt take that long to open them. I have almost 60k keys i am saving for new kingdom release, looking forward to opening them. Again if a large number of players were to open thousands of chests at release it would very likely crash the game.

Oh and while we’re at it, why not allow us to open up to 200 chaos portals at once? 10 at a time is NOT even close to enough.

Not Only crashing the game what would be real bad coz the chance you lost your keys, gems, seals or glory to open them and big chance the dev-team with such big crash cant see what each person is lost so no compensation

that they have multiple times the new mythic and I see that in the guild where im in that some has 3/4 or more new mythic in one 200 open chests.
So I think it would be a better idea that we got more options of the number of opening chests.
In a game where patience is a must to get what you need/ want is opening chests, think a small piece of time

The chaos shards portal is indeed imo to low with 10 at max
It goes over just 4/5 troops further treasures, so that could be a higher number.